by Jonathan Nelson
CGLytics
Your LinkedIn Connections
with the authors

This article seeks to further elaborate upon certain aspects of CGLytics' S&P 500: Increasing Boardroom Diversity Report. The data included in this report is based on the same data set used in the publication above, incorporating board composition data as of yearend 2018.

In today's competitive corporate landscape, a company's board refreshment policy should aim to ensure that board agendas are robustly debated with a variety of perspectives present. This multitude of perspectives as an integral part of the organisation's decision-making bodies has often been termed "cognitive diversity". It is this diversity that is increasingly becoming an area of laser-like focus for investors when engaging with issuers. This type of diversity, as well as numerous other factors, weigh into the appointment process for empty board seats. However, these factors may also weigh into the process of when to determine to enforce the departure of a director from the board.

Directors may leave their seat on the board for a variety of reasons: 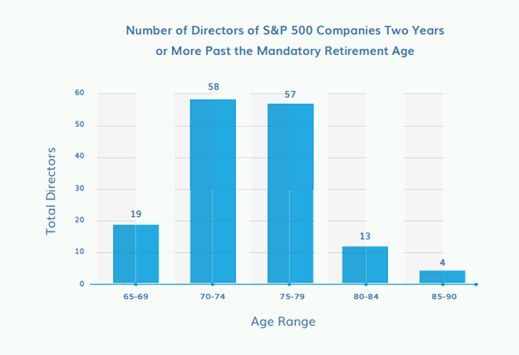 In such instances a waiver can usually be found in the company's proxy statement indicating if the company has publicly disclosed a waiver for this provision and the rationale for doing so.

85 companies in the S&P 500 have chosen to ignore their own bylaws and allow directors for at least two years past the mandatory retirement age to remain on the board.

In examining these companies' disclosure documents, we find that these exemptions are usually rationalised by claiming that the director in question has an invaluable knowledge of the company or industry or is the company's founder/member of the founding family. The problem that this rationale justifying this specific derogation from official policy poses is twofold.

The ramifications of a lax enforcement of a director retirement policy are evidenced in CGLytics' Boardroom Diversity report, which shows the average age of Boards increased to 63.5 in 2018. This latter point may be of particular concern to shareholders when considering that the data hints at a correlation between a younger average Board composition (between 50-59) and increased TSR.

It is true that there are certain individuals whose deep, institutional knowledge of the company provide the bedrock for the company's success, but this number is potentially not as high as currently indicated by the companies examined in this analysis. Moreover, the rationale would need to be more specific in the contributions that these individuals make to board discussions and oversight of the company's business strategy.

In light of the above, it is becoming clear that many companies may need to re-evaluate their director board refreshment policies, as well as the enforcement of their mandatory retirement age. This potential need for a re-evaluation stems from increased shareholder focus on board composition and skills sets over the past several years. Attention is also being placed on potential independence concerns for directors who may be deemed to be overtenured, or even "excessively tenured", e.g., entrenched. For these same reasons, nomination committees who do not enforce their own mandatory retirement age may also find themselves the focus of outside scrutiny in the upcoming years by two groups: activist investors seeking to place their own representative(s) on the company's board, or active investor initiatives to force the company to apply its own policies more equitably. 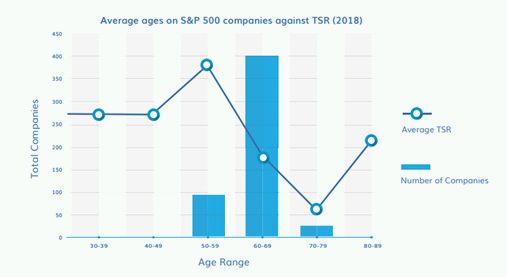