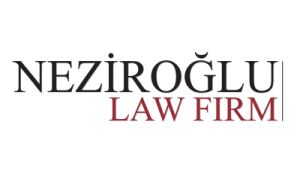 Most Popular:  Article Turkey, January 2021
To print this article, all you need is to be registered or login on Mondaq.com.

The Customs Union Agreement between Turkey and the European Union was enacted into law on December 31, 1995. The EU-Turkey Customs Union Agreement covers products such as industrial goods and processed agricultural products. According to the ageement, parties'goods can move freely within the customs area, provided that they are exempt from tariffs and equivalent taxes.

United Kingdom plays a critical role in Turkey's economy. According to 2019 data, the UK ranks second among the list of countries which Turkey exports the most goods to, and ninth in the list of countries from which Turkey imports the most from. The United Kingdom, in addition to being among the leading markets, is a higly valued trade partner in Turkey in many sectors, but especially in automotive, television, household appliances, retail and textiles industries.

This being the case, with Brexit –which has been the UK's long time political goal - the UK has left the European Union and concluded one of the most expansive trade agreements to date within the EU. Accordingly, the Customs Union between Turkey and the UK terminated, effective  January 1st, 2021. Considering the fact that the bilateral volume of trade between the two States is more than $16 million, the termination of such an ageement could lead to approximately 75% of  theTurkish exports to the UK to become subject to a tax burden and potentially resulting in a loss of up to $2.4 billion.

This past week, the UK signed it's first trade agreement with Turkey. The free trade agreement signed between the two nations is a historic FTA, set to go into effect on January 1st, 2021, which covers industrial and agricultural goods. As a result of this agreement, the aforementioned risk of loss will be eliminated and Turkey's trade relations with the UK will be maintained. Considering the previous Customs Union relationship that will automatically terminate due to the United Kingdom's leave from the European Union.

EXPORT and IMPORT RELATIONS BETWEEN TURKEY and the UK

WHAT DOES THIS FTA PROVIDE FOR TURKEY:

DISPUTES BETWEEN CONTRACTING STATES: The Procedure for Dispute Settlement Mechanism

The FTA between Turkey and the UK constructs a milestone achievement especcially because of its' "tariff-free" nature. The existing commercial and economic relations will be maintained under the agreement. It is no doubt a very solid and significant step towards strengthening our commercial and bilateral trade relations.

Considering the official declarations made by the trade ministers of both countries and and the fact that the markets in Turkey have already reacted positively to the agreement, I believe that the agreement between the two countries will have positive reflections in the foreseeable future.

Turkey currently has free trade agreements with 21 different states in force. Yet, the importance of adding the United Kingdom to the list cannot be overstated considering the message this delivers to the global market.

United Kingdom announced that this agreement comes right after the agreements reached with Japan, Canada, Switzerland and Norway. For Turkey's name to appear with  4 of the worlds leading ccountries constitutes a great source of prestige giventhat thisagreement will further the country's potential to attract foreign investors.

I believe that what is much more important than the positive impact this FTA will have on strengthening the trade relationship between the two states, is how it will signal a more stable and investor-friendly environment for foreign investors and the businesses and accordingly pave the way for new opportunities in Turkey.

The free trade agreement signed between Turkey and the UK demonstrates that the Brexit process which led to a certain level of uncertainty within 2020 will not lead to any disadvantages in the long term trade relationship between Turkey and the UK, nor will it have any negative impacts on the diplomatic relations between the two countries. To the contrary, this agreement being the first FTA after the trade agreement UK signed with the EU following Brexit reveals that the alliance between the two countries remain intact.

The recent FTA provides a critical message for the foreign investors that closely follow the Turkish market and indicates that Turkey is to maintain prestige notwithstanding the economic distress it went through in 2020. As emphasized in the statements made by the Turkish Trade Minister, perhaps the most important outcome of this FTA will be the possibility of providing an atmosphere of steadiness for potential investmentsTurkey may receive.

Therefore, in a period in which the whole world struggles with uncertainty and risk allocation issues, to conclude an agreement this fast, bulky and effective with the UK should be seen as an accomplishment for Turkey.

There is no doubt that trade will further developed if the parties consequently sign a more detailed additional agreement, yet we may still expect an acceleration in trade volume, continuation of investments, and the emergence of new partnerships between Turkey and the UK throughout 2021.