Worldwide: Can AI Invent? Courts Around The World Weigh In

by Joanne Van Harmelen
ENSafrica
Your LinkedIn Connections
with the authors

We have previously discussed the fascinating and somewhat surreal issue of whether artificial intelligence ("AI") can be listed as an inventor on a patent application. This is becoming an increasingly relevant issue given the exponential use of AI. 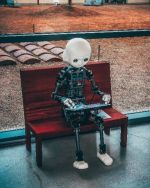 A seminal player in this landscape is Dr Stephen Thaler, the CEO, and president of Imagination Engines. The inventor of the patent was listed as DABUS (a device for the autonomous bootstrapping of unified sentience), a type of AI system. Patent Offices in the USA and Europe have already rejected patent applications filed by Dr Thaler where DABUS was listed as the inventor, confirming that the patent laws in these territories do not recognise AI systems as inventors.

Last year, the South African Patent Office made headlines around the world by issuing a patent filed by Dr Thaler where the AI system, DABUS, was listed as the inventor.

However, it certainly seems that the South African Patent Office's approach will be an exception to the rule, and given that there is no substantive examination of patent applications in South Africa, it is fair to assume that the granting of this patent was of fairly limited significance.

More recently, the Australian courts have considered the same question with regard to Dr Thaler's corresponding Australian patent application. The Australian Deputy Commissioner of Patents had originally rejected the application since no human inventor was named.

However, when this decision was taken into review, a judge of the Federal Court of Australia found that although ownership of a patent is limited to the inventor or the person who derives title from the inventor, the term "inventor" is not defined in Australian legislation. According to the court, there is nothing in the legislation that excludes an inventor from being a non-human AI device or system.

The position in Australia has been brought in line with the majority of Patent Office decisions now though, as when the decision of the judge was taken on appeal, the Full Court of the Federal Court of Australia reversed the decision of the lower court. The Full Court said that "the origin of entitlement to the grant of a patent lies in human endeavour." In other words, an inventor must be human.

Similarly in 2021, with regard to Dr Thaler's corresponding UK patent applications, the UK Court of Appeal ruled against Dr Thaler, who had argued that DABUS should be recognised as the inventor. In this case, the judge, said, "Only a person can have rights - a machine cannot.a patent is a statutory right and it can only be granted to a person."

According to a recent UK IP Office ("UKIPO") announcement, it is unlikely that things will change anytime soon. The UKIPO recently announced that it is of the view that, as things stand, an AI system cannot be the inventor for the purposes of patent law. This announcement followed a UKIPO investigation which established that there is much doubt among experts as to whether AI can invent without human assistance.

The UKIPO acknowledged that it will have to keep its eye on the ball - it said that it will need to "understand how our IP system should protect AI-devised inventions in the future." It further undertook to be involved in international discussions on the issue in order to ensure that the UK remains competitive.

The UKIPO made some further findings relating to AI developed inventions:

This is an interesting and fast-developing area of IP law, and developments in jurisdictions like the UK tend to be very relevant to South Africa. It is also a reminder that on the cutting edge of technology, there will be developments that challenge the status quo for current IP laws and these will likely need to develop and adapt accordingly.