Growth of 7.7% at the French outfit Fidal means it replaces Spain´s largest firm as Europe´s number one

Iberian heavyweight Garrigues´ position as the biggest law firm in continental Europe has now been occupied by French giant Fidal, according to a new report.

Research showed that Fidal´s turnover increased by 7.7 per cent to €347.5m in 2014 meaning that it has overtaken Garrigues – which increased its revenue by 1.1 per cent to €335.6m last year – as the largest law firm.

The report attributed Fidal´s success in 2014 to the success of its tax and valuation teams, which reported revenue increases of 18 and 21 per cent respectively. 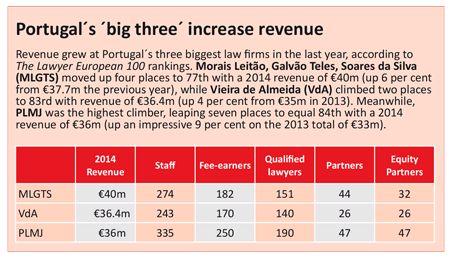 The report said Cuatrecasas´ revenue from Portugal increased 6.7 per cent in 2014, while its Andalucía office reported 18 per cent growth. Cuatrecasas operates a modified lockstep and 92 per cent of its partners are in the equity – leverage was 1:34, back to the 2012 level after dropping to 1:3.3 the previous year.