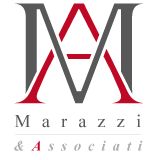 Italy: Will 2021 Be The Year Of Economic Recovery? Issues And Opportunities From Covid-19

Most Popular:  Article Italy, April 2021
To print this article, all you need is to be registered or login on Mondaq.com.

The pandemic has accelerated certain positive trends such as digitalization and attention to sustainability issues, on the other hand it has increased certain critical economic and social issues. These and other aspects of world trade are described in the SACE Risk Map for 2021, which highlights a general increase in credit and political risk levels, but with some heterogeneity in the various areas. For instance, the level of debts, both public and private, worldwide have increased by 24 trillion, or 335% of GDP, compared to 320% in 2019 (Institute of International Finance data). Banking risk remained unchanged and, indeed, proved to be more robust than in 2008, thanks to the strengthening of macroprudential policy. The greatest negative change has been recorded regarding political risks: indeed, the pandemic has exacerbated already critical situations and highlighted the inability of some institutions to deal with the health crisis. A general worsening of risks has been recorded in the Middle East, North Africa and Latin America: however, all these regions have some exceptions of some more resilient countries, such as Morocco, Saudi Arabia, Turkey, Peru, Chile and Uruguay.

For what it concerns trade, commodity import growth in 2021 in Asia is estimated at around +7.8% compared to 2019, globally commodity imports declined by 9.3% in the pandemic-hit year 2020. Southeast Asian economies, e.g., South Korea and Vietnam, thanks to their greater efficiency in containing the health crisis, will experience pronounced growth as early as this year, while globally, according to Oxford Economics, the recovery in 2021 will be 5% (4.2%, according to the OECD and 5.5% for the IMF).

In the second quarter of 2021 we expect a restart of the Italian economy as well, which will be characterized by some drivers: digitalization, green revolution, social equity and health will be the key points. Exports are certainly the fundamental engine of our economy and of Made in Italy. New markets should be considered, such as, for example, the African continent, which, albeit heterogeneously, has recorded high growth rates in recent years: that of 2020 was the first recession in decades (-2%) for the African economy. According to the National Confederation of Crafts, the African market is not only an attractive market for large multinationals, but also one that is suitable for SMEs, as an alternative to more mature and saturated ones: the business partnerships that need to be built are equal in nature and oriented towards meeting global challenges. Another reason to take the African continent into account is linked to the possibility of providing skills and training in terms of technical and scientific cultural exchange that would give Italian companies the opportunity to expand their visions. Obviously, in addition to many business opportunities, the African continent presents difficulties (economic, political, cultural, and economic) that can be overcome through coordinated action between local and regional governments, diplomatic offices, and associations.

However, exports alone will not be enough, and it will be necessary to focus on expansive economic policies and a sustainable approach. Sustainability indicators are complementary to economic ones, because they must be taken into consideration by companies in their day-to-day operations. Among these, in addition to indexes that measure the risk of climate change, are indicators of social wellbeing (analyzing demographics, equality, level of health, education and work) and indicators of energy transition (measuring the progress towards a conversion to renewable resources and electricity grids). In this respect, Europe stands out, as do Chile, Peru, Brazil, and Kenya. Sustainability is often spoken of as an additional cost, but in reality, it often results in reductions in production costs. Sustainability, competitiveness, and quality must go hand in hand. Furthermore, it is important to underline that sustainability is not only present at an environmental level, through an ambitious green agenda at European level, but also at a social level: political and social uncertainties, in fact, continue to represent a potential risk.

The approach to foreign markets must be organized through training programs and initiatives for the companies themselves, which must bridge a gap at digital level, that is affecting their competitiveness. The crisis has highlighted how digital can really make a difference and create value, so companies that will use technology in an intelligent way, and yet will continue to supply customized products to their clients, will be able to succeed. It is straightforward that there is an emerging need to strengthen digital capabilities, as 88% of current international business environment believes smart technologies will help rethink cross-border challenges and the global value chains. Cloud computing, AI, and robotic process automation (RPA) will be used more and more to optimize business operations, by speeding up electronic payments, limiting in-person meeting and facilitating digital document signatures for contracts and other legal documents.