by Shubham Borkar and Sonal Sodhani
Khurana and Khurana
Your LinkedIn Connections
with the authors
To print this article, all you need is to be registered or login on Mondaq.com.

From being created in comics to being incorporated in television and movies, characters like Iron Man, Hulk, Mickey Mouse, ChottaBheem, Shaktiman, Wonder Woman, Harry Potter, Ben 10 have become a part of our daily lives. With these fictional characters gaining immense popularity among the public, the owners and creators of the characters have various ways of deriving profits and goodwill out of it. 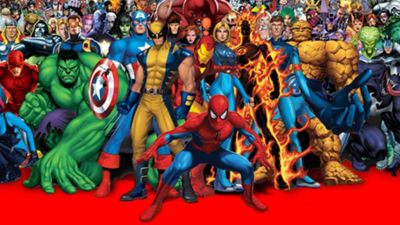 The creator of these characters use their imagination, skill and intellect while creating them and providing them with their unique identity and hence, such characters needprotection from being infringed, misappropriated or copied by any unauthorised person. With characters like ChachaChoudhary and Sabu being popular even today within the age group of 25-30 years1 and particularly ChottaBheem merchandising has totalled its revenue to more than Rs.300 Crores, with more than 40 million Indian viewers and huge markets abroad2. 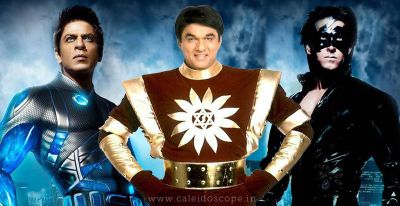 Ownership rights over characters do not rest with an individual person or organisation. It varies with respect to its subject matter. Hence, it is not possible for a single act or law to cover all the rights associated with the fictional character and therefore it needs following cluster of laws.

Copyright protection is given original work of an author or an artist generally till the lifetime of the creator, extends up to 60 years after his demise, and then creation falls in public domain. However, the party commissioning the creation of the character holds the copyright of the character, if the said character is a work for hire. Moreover, in case of movies or television series having a fictional character as its part, the copyright for such character rests with the producer of the movie or the series.

A fictional character is entitled to be protected by copyright only if it is distinctively recognised by the public and not merely by the work it was featured in.

Laid down in Warner Brothers Pictures Inc. v. Columbia Broadcasting System,216 F.2d 945 (9th Cir. 1954), wherein it was stated that if the character is the protagonist of the story and the story revolves around him, then the copyright can be granted to such character and not when character in question is merely a chessman in the plot.

In DC Comics v. Towle [802 F.3d 1012, 1021–22 (9th Cir. 2015)], the test was interpreted in a way that granted copyright to the "bat-mobile" from the Batman comics. The court opined that the bat-mobile has unique qualities that gives it a different identity and provides for a special element, making it eligible for being granted with copyright.

Laid down in Nichols v. Universal Pictures Corporation,45 F.2d 119 (2d Cir. 1930), the test states that if a character is developed in a manner that it can be distinctively depicted and delineated from the story it can be granted copyright protection.

In Arbaaz Khan v. Northstar Entertainment Pvt. Ltd. (Suit (L) No. 301 of 2016), Bombay High Court granted copyright to the character named Chulbul Pandey from the movie Dabangg having the opinion that the character in question is unique with his own style and makes it one of a kind and unique and distinctively recognisable from the entire movie.

IP in these characters are no more limited only to their artistic work but also extends to the associated goods and services which gains immense profit because of the popularity of the "character". (Character Merchandising). For the reason that the goodwill of the character aids in source-identification and promotional function, the characters are often protected with trademarks. 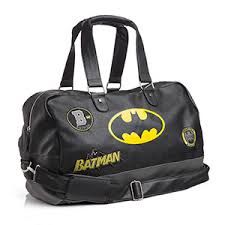 Many-a-times, an actor's image is built around the character he plays. In such scenario, it is difficult to separate the character from the actor and this results in producers not having complete rights on the character to make full use of it as personality rights of the actor comes into picture. This leads to a conflict between the copyright of the producer and the personality rights of the actor. A little while back, there was a clash between an actor and the television channel over a similar situation. Popular comedian Sunil Grover played "Gutthi" in (Comedy Nights with Kapil) a popular Indian television program telecasted by Colours which was also the producer of the program. Due to this tussle, the Sunil left the program and started his own show on Star. Colours issued a statement stating that copyright over "Gutthi" rests with them being producer of the show which created the character. Sunil then proclaimed another statement that people associate him as "Gutthi" and he has received recognition through that character, thus he has personality rights over the character. Because of this rival over rights, none of the parties could use "Gutthi" as the character in their respective shows till the time such clash persists.

Copyright protection of a character from any comic or movie can be infringed by ways like plagiarism and unauthorized character merchandize. When a person sells goods on the merchandise of a fictional character having commercial value and popularity with an intent to gain profit out of the popularity of the character is eligible to be booked for copyright infringement.

Further, for a character been granted a trademark protection, a claim of trademark infringement can be made if it is contended and shown that use of such character or its attributed element, if not prevented, is likely to cause confusion in the minds of the people, resulting in dilution of brand equity and commercial value of the trademark in question.

In Twentieth Century Fox Film Corporation v. South Australian Brewing Co. Ltd. [(1996) AIPC 91-258] , producer of "Simpsons" filed an application to restrict certain breweries from using the word "Duff" which was name of the drink drank by the protagonist in the show. Moreover, license for merchandizing was granted by the producer of the show for duff beer. It was held that use of the name, hence, amounts to being misleading and the conduct to be deceptive. The defendant was held guilty of committing passing off.

India has emerged as a market for character merchandizing that can fetch a great revenue, especially in the kids section. Characters like Iron Man, Hulk, ChottaBheem, Ben 10 have a great attachment and owners have expanded their ways into character merchandizing bringing them a major part of their revenue. Considering such a global and vast market, chances of infringement and violation of trade and other rights are likely, and thus need protection with respect to the same. With various precedents and judgments discussed above, it can be concluded that any character which is unique and can be distinctively delineated from the plot of the movie is eligible to get protection under copyright laws. Further, it can also be concluded that trademarks do subsists in the characters and in case of unlawful use of such marks, claims for trademark infringement and passing off can be raised. 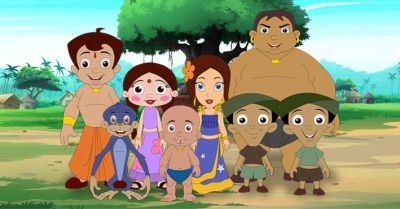 However, it is also to be noted that the ownership rights of the fictional characters does not rest with a particular individual alone, and that complexity in determining the owner makes it important for enactment of a legislation that governs the IP Rights of the characters. Present IP regime in India neither have any express provision for copyrighting movie characters nor is there any specific category under which such characters can be granted copyrights. Thus, there's a need to have a specific category under which such characters shall be granted copyright and other IP protection.

Being regulated with several laws, determination of the IP Rights of a fictional character has become complex and complicated. Having a vital importance to the creators and the producers, with respect to revenue generation, goodwill, promotion and merchandizing, it is essential to safeguard these rights and prevent them from being misused. For keeping up with the interests of the artists and creators, it is highly recommended that a special legislation or a category that deals with the rights of these characters is enacted.