What are Personality Rights?

Clueless about Personality Rights? Well, here's something you may easily relate to- have you ever walked past your local barber shop and glanced at pictures of celebrities pasted outside? Chances are you probably have. Did you know the use of these pictures could potentially infringe legal rights of those celebrities? But do they in reality? Let's find out.

Rights of celebrities that emerge from their personality, name, signatures, voice, popularity or likeness are known as 'Publicity Rights'. These rights, also called "Celebrity Rights" or "Personality Rights". Personality rights bestow upon the "Celebrities", a right to control the commercial exploitation of their images, persona, name and other features. Consequently, any unauthorised and unethical breach of these rights would undoubtedly infringe upon the Publicity Rights of the celebrities. It is worth mentioning that Publicity rights as such are not codified in India. But, they can be traced through a series of court decisions and under the realm of Copyrights, Trademarks, or can also be woven into the constitutional fabric under the Right to Privacy. That being the case, this article attempts to explore Publicity Rights in light of a rather trending marketing phenomenon- Moment Marketing.

Moment marketing can simply be understood as a marketing technique that encashes upon current happenings, social events and "trending" or "Buzzing" topics to promote one's goods and services. Moment marketing has become an effective way to connect with people at large by discussing relevant and relatable topics. The Cartoon/Sketches published by the Milk Co-operative giant Amul are perhaps one of the most popular forms of moment marketing in India. One of the Food Delivery App- Zomato has proven to be an effective user of the moment marketing technique, by adding their own 'flavour' to current happenings and connecting to its customers via social media platforms, such as Twitter. However, the stride of moment marketing must be observed carefully for it walks on a thin line.

A notable example of moment marketing in recent past gone wrong resulted in a legal action being taken by Baseline Ventures, official representative of Olympian P.V. Sindhu against almost 20 brands. This was after her legendary achievement of bronze medal in Tokyo Olympics 2020 when brands posted Congratulatory messages for her on their social media platforms. 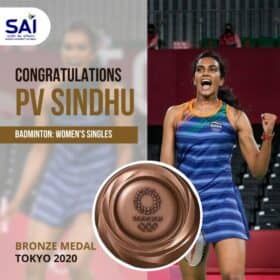 It is important to understand here that Copyright protection does not exist over news, facts or information. As such, the brands would not have invited trouble if the congratulatory messages conveyed just news, facts or information. The problem arose due to the manner of representation. While Posting Congratulatory messages, some brands also added Pictures of P.V Sindhu alongside their logos and tag lines, giving the unmistakable presumption of an association or connection with P.V Sindhu, while there was none. 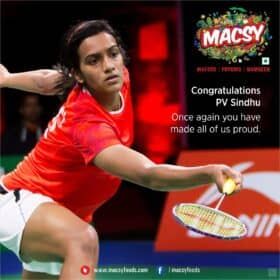 These congratulatory messages were alleged to have infringed P.V Sindhu's Rights by using her images and name in a manner that could likely result in unfair commercial benefit by passing off a connection between the brand and the athlete. Celebrity Rights are also capable of being assigned or licensed, which is how Baseline ventures could take legal action on behalf of P.V. Sindhu. Besides, celebrities can also endorse products and collaborate with brands where they allow the brand to use their reputation and personality as the "face" of the brand.

So, when does news become the subject of moment marketing and when does moment marketing lead to unfair commercial advantage? To understand this, we must refer to the Intellectual Property (IP) Regime. Under the Copyright act, the criteria for protection is rather limited to literary, artistic, musical and dramatic works. Protection is granted to the class of actors, jugglers, musicians, singers and dancers as "Performer" under Section 38 as "Performers Rights". Moral Rights of performers have also been introduced under Section 38B, by the 2012 amendment, like moral rights of authors under Section 57. Similarly, protection is also granted to photographs as artistic works under Section 2 (c) and Section 25 to photographers, provided its original and requires some skill and labour. These provisions do not explicitly talk about publicity rights and therefore are not the strongest forms of protection available.

Under the realm of the Trademark Act as well, no explicit protection is granted to Publicity rights, however, a "name" is protectable subject matter under the very definition of "trademark". Following this, celebrities such as Shah Rukh Khan, Kajol, Amitabh Bachchan, Sachin Tendulkar and Priyanka Chopra have trademarked their names, but Trademark protection cannot be granted in all 45 classes of goods and services and can only be limited to certain goods and services. Furthermore, for names to attain trademark protection, they must have acquired identifiability and distinctiveness. However, granting protection to names is an uphill task because there are lots of common names in India. To illustrate this conundrum, Gautam Gambhir's action against another person who shared the same name and used it in his business was not sustained as the court recognised the said person's bonafide right to use his name as long as he doesn't cause confusion or represent false association. However, Arun Jaitley succeeded in his action to acquire a domain name including his name by proving distinctiveness and reputation attached to his name.

Section 14 of the Trademark Act requires an applicant to furnish consent of the person, if living and of the legal heirs, for a person who died 20 years before the date of filing to register a trademark in connection with such persons. So, if one was to approach the registry to trademark the name "Shah Rukh khan", the applicant would have to furnish consent of the said celebrity.

Probably the strongest protection under the Trademark Act is the common law tort of passing off under Section 29. This provision is available for unregistered trademarks, it ensures protection of goodwill and reputation and excludes others from passing off their goods and services as that of another. The essentials for a tort of Passing off are- Goodwill and Reputation, Likelihood of Confusion or deception and Damages. A similar test was applied by the Hon. Delhi High Court in the landmark case of – D.M. Entertainment Pvt. Ltd. v. Baby Gift House In this case, singer Daler Mehndi, through a company incorporated by him and being the assignee of his rights approached the court for the breach of his rights to commercially exploit his persona and identity. He alleged that Baby Gift House was selling Dolls with the likeness of the singer's personality in the markets of Delhi after importing them from China. The Likeness was eerie as the dolls could also sing a few lines of his popular rhythms. The court relied on the tests of passing off and granted relief to the singer.

With this information, lets backtrack to the example of the pictures of celebrities pasted outside local barber shops. It is unlikely for an average consumer to look at these pictures and assume an association between the celebrity and the business, therefore, there is no likelihood of deception and this use does not lead to an unauthorised commercial benefit to the local business. Besides, it is likely that some of these pictures might have fallen into public domain. But if similar pictures are used in a salon popularly visited by celebrities, then there is likelihood of deception by presumption of association. Consequently, the court has protected the celebrity rights of Actors Amitabh Bachchan and Jaya Bachchan, that were assigned to Tanishq, when the same were being used by another jeweller for advertisement.

Publicity rights are not statutorily incorporated, which is perhaps why brands, especially in the social media age, seem to hide behind the façade of moment marketing. A common defence in support of moment marketing is that brands are merely sharing information that is already available in the public domain. There are no clear lines of distinction discerning what is legal and what is not. However, when this hypothetical line of ethical behaviour is crossed, it leads to unauthorised use and can warrant a legal action. The ethical use of this burgeoning technique has been an effective tool for a number of brands such as Amul that have been moment marketing for years. The shift of brands from traditional advertising to modern advertising over social media is an outcome of the increasing popularity of social media platforms and the ease of reaching to consumers at large. This shift is rather novel and yet to be legally regulated. It is also abundantly clear that the IP regime alone cannot be the only regulator of modern advertising. Consider this example, international model Bella Hadid has recently been sued for copyright infringement for posting her own image on her Instagram handle. Why? Because the image was clicked by a paparazzi photographer, who then becomes the owner of that image!

Since the objective of moment marketing is to increase engagement and be relevant, it is clear that brands that engage in it do so to publicise their goods and services, similar to the traditional form of advertising. Therefore, messages that unethically, even if unknowingly, use a Celebrity's persona to moment market also ultimately aim to publicise their goods and services and gain some commercial benefit. However, they must proceed with caution or they could invite legal consequences. In the end, a careful approach could benefit a brand more than it would lose in legal battles because not all publicity is good publicity- or is it?