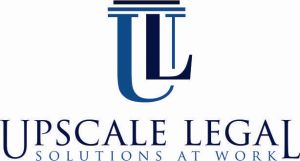 A business establishment functions within a geographical area in order to provide certain goods and services to the customers with an intent to distinguish themselves from other competitors in the market. In order to boost healthy competition amongst the players in the market adequate protection must be given to protect the intellectual property rights of the businesses. This unique identity is established through providing good quality products and services, appropriate product pricing, efficient product design, good customer services, etc. Furthermore, in a growing economy with a vast number of businesses operating, each competing to maximize their market share, the customers often are not able to distinguish between different product offerings. In order to distinguish their products and services, business establishments use trademarks that are usually visual marks like colours, logo, symbols, etc and are used to indicate a particular business's products and services. Trademarks allow businesses in creating a unique identity and also help the customers in making prudent decisions. A trademark helps a business to develop its goodwill through creating a unique identity and is treated as an asset for the business. Such trademarks are personalised and are associated to a particular business establishment. With the substantial ease of doing business in India, there has been an increase in the number of start-up businesses registering their trade marks in the country which is evident from the increase in the number of applications for registration.

Protection from unauthorised use of a trademark

The Trademarks Act also provides protection from infringement of registered trademarks from unauthorised users. Such protection is provided in relation to any such mark which might be identical or even deceptively similar to the registered mark to such an extent that it may create confusion in the minds of a customer. The Trademarks Act aims to avoid confusion with respect to different trademarks of various business establishments in the minds of the customers. In the recent case of Stimuliv v. Stimulet, the Bombay High Court has passed an injunction order against the defendant for infringement of trademark while observing the aspect of the trademark being deceptively similar to an extent that it creates great confusion in the minds of the customers and also in view of the defendants conduct in relation to passing of. In the recent case pending before the court filed for the infringement of a registered trademark between Decathalon Sports v. Pentathlon Sports, the plaintiff has filed the case against the defendant seeking relief on the grounds of the illegal and mala fide acts of infringement of a registered trademark by selling substandard products and passing off by using a mark similar to such an extent that only the tag line has been slightly changed with the visible appearance being almost the same. In another case were Facebook has filed a civil suit against another business establishment called Facebake, the court has granted interim relief to Facebook by restraining the defendant to use the mark ‘Facebake' while observing that if such interim relief is not granted, the plaintiff's legal rights and business will get impacted.

A business establishment may apply for registration of a trademark under the globally recognised classes prescribed in relation to various goods and services. The trademark is to be used specifically in relation to those goods and services for which its registration has been sought for. In the event of infringement or unauthorised use of a registered trademark, the provisions of the Trademarks Act provides for penalties which may include imprisonment and a fine. The court may also allow injunction as a relief for disputes relating to infringement of trademarks. Further the police may use the powers vested through the Trademarks Act for the search and seizure of such products and other instruments which are used in the act of infringement. Trademarks are an essential tool in helping business establishments to develop goodwill through a unique identity in the market. The aspect of infringement is subjective and the burden of proof is upon the plaintiff/ complainant to prove that an act of infringement has taken place.

The Trademark Act helps to simplify a customer's decisions and promote healthy competition in the market.  The increasing accessibility of internet and media makes it pertinent for business establishments to get their trademarks registered, in order to restrict any unauthorised or fraudulent use thereof. Trademarks help customers in making decisions through the identification of different goods and services associated with different trademarks. These decisions are taken only by referring to certain trademarks with which the customer may have a preference for and it thus becomes crucial to protect such decisions. A trademark is carefully developed by a business establishment which reflects their relation with a customer, thus it is important that such intellectual property rights are protected from any violation.

Some important judgements on trademark infringement:

In this case the Supreme Court was tasked with the complexity associated with territorial rights of a registered trade mark.

“Indeed, the trade mark ‘Prius' had undoubtedly acquired a great deal of goodwill in several other jurisdictions in the world and that too much earlier to the use and registration of the same by the Defendants in India. But if the territoriality principle is to govern the matter, and we have already held it should, there must be adequate evidence to show that the Plaintiff had acquired a substantial goodwill for its car under the brand name ‘Prius' in the Indian market also. The car itself was introduced in the Indian market in the year 2009-2010. The advertisements in automobile magazines, international business magazines; availability of data in information-disseminating portals like Wikipedia and online Britannica dictionary and the information on the internet, even if accepted, will not be a safe basis to hold the existence of the necessary goodwill and reputation of the product in the Indian market at the relevant point of time, particularly having regard to the limited online exposure at that point of time, i.e., in the year 2001. The news items relating to the launching of the product in Japan isolatedly and singularly in the Economic Times (Issues dated 27.03.1997 and 15.12.1997) also do not firmly establish the acquisition and existence of goodwill and reputation of the brand name in the Indian market. Coupled with the above, the evidence of the Plaintiff's witnesses themselves would be suggestive of a very limited sale of the product in the Indian market and virtually the absence of any advertisement of the product in India prior to April, 2001. This, in turn, would show either lack of goodwill in the domestic market or lack of knowledge and information of the product amongst a significant Section of the Indian population.”

This recent case in the Delhi High Court, elaborates upon infringement of trademark which is deceptively similar and may create confusion in the minds of the customers by way of passing off.

ARTICLE TAGS
India Intellectual Property Trademark
POPULAR ARTICLES ON: Intellectual Property from India
Patent Law in India
Anand & Anand
The Patents Act 1970, along with the Patents Rules 1972, came into force on 20th April 1972, replacing the Indian Patents and Designs Act 1911. The Patents Act was largely based on the recommendations of the Ayyangar Committee Report headed by Justice N. Rajagopala Ayyangar. One of the recommendations was the allowance of only process patents with regard to inventions relating to drugs, medicines, food and chemicals.
Compulsory Licensing In India
Khurana and Khurana
WIPO defines patent as an exclusive right granted for an invention, which is a product or a process that provides, in general, a new way of doing something, or offers a new technical solution to a problem
Patents Law In India - Everything You Must Know
Vaish Associates Advocates
The presentPatents Act, 1970 came into force in the year 1972, amending and consolidating the existing law relating to Patents in India
All You Need To Know About "Well-Known Trademarks"
Khurana and Khurana
With coming up of the new Trade Mark Rules 2017, a new procedure has been created that allows the Registrar to proclaim a particular trademark as "well known".
Process: Trademark Registration In India
Intepat IP Services Pvt Ltd
Many entrepreneurs do not comprehend the importance of a TM search.
Concept Of Fair Use And Fair Dealing In Copyright
Singh & Associates
Fair use supports "socially laudable purposes," typically, if not exclusively, involving the use of the copyrighted work by a second author
FREE News Alerts
Sign Up for our free News Alerts - All the latest articles on your chosen topics condensed into a free bi-weekly email.
Register For News Alerts
Article Tags
India Intellectual Property Trademark
Related Articles
Character Merchandising Vis-à-vis IPR LexOrbis
Domain Name And Related Disputes Singhania & Partners LLP, Solicitors and Advocates
Cementing Brand Identity – BIS Restrained From Interfering With Use Of Cement Brands/Trade Marks By Their Owners S.S. Rana & Co. Advocates
Patent Pre Grant Opposition- Appeal Against Order S.S. Rana & Co. Advocates
Intellectual Property Rights In Software – What They Are And How To Protect Them Singh & Associates
Mondaq Webinars
US Magistrate Judges on the Art of Settlement
JAMS
Webinar Chicago United States
Current Issues in the Mediation of Bankruptcy Disputes
JAMS
Webinar Chicago United States
More Webinars
Comparative Guides
Alternative Investment Funds
Artificial Intelligence
Blockchain
Cartels
Corporate Tax
More Guides
Mondaq Advice Centres
India
Trademarks
India
Arbitration, Litigation and Conciliation
India
Insolvency
Global
Trademarks in SAARC Countries
Global
Investment Immigration
More MACs
Upcoming Events
Mondaq Social Media