Inventors from different parts of world seek patent protection, to prevent their inventions from being copied, and to eventually monetize. Novelty, inventive step and non-obviousness are the three main requirements for grant of a patent application. Going by the rules, we may expect all granted patents to be super novel, unimaginable and useful, right? However, there exist numerous ideas that have earned a patent by fulfilling the main patenting requirements but are still strange to the common eye. Often, leading IP players and even individual inventors apply for technologies that may not have any foremost application per se, but helps them to stand out and protect their inventions from competitors. Let us have a look at 8 such strange ideas (#1 to 4 published in Part-I and #5-8 in Part II of the article):

#5 Make a Heart with your Hand

Patenting hand gestures seems to be an overreaction of sorts, but currently in the commercial world, every little action has economic value. The gesture, working as a visual cue for Google glasses, the patent was filed by Google with the title, "Hand Gesture to Signify what is Important". The gesture when seen by the glasses will mark the object in between as something important, or perform certain actions for the object in question. 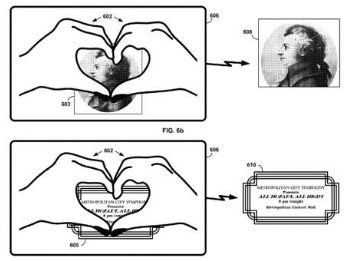 In an Instagram savvy world habitual to double tapping on what they like, the patent provides a user to make a heart, like and support real life objects! Indeed, an unusual way to connect the virtual world to the real one, isn't it?

#6 Here is our Business Card, have a Bite if you Like!

Typically, during any prospective business meeting, business cards are exchanged. In that all-professional set up, but what if suddenly the person offers you to take a bite of his business card?! An ornamental chocolate card patented under the name, "Business Card made from Edible Material" sounds like a counterintuitive invention. 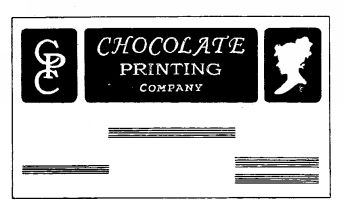 Seemingly a gimmick patent, it was surprisingly granted as well! The patent application is one of the shortest ever, wherein the one and only claim simply reads– "The ornamental design for a business card made from edible material, as shown and described."

Two of the most favourite pastimes of majority people are– watching sports live and beer! But watching a game with hot sun rays warming up your drink is not quite desirable. A simple invention, very elegantly named with the portmanteau – "BeerBrella". A clip on umbrella for your bottle of beer to keep it safe from the hot sun, is the invention in its surprisingly simple entirety. Clipping right at the bottom of the bottle, it also provides easy access for drinking. 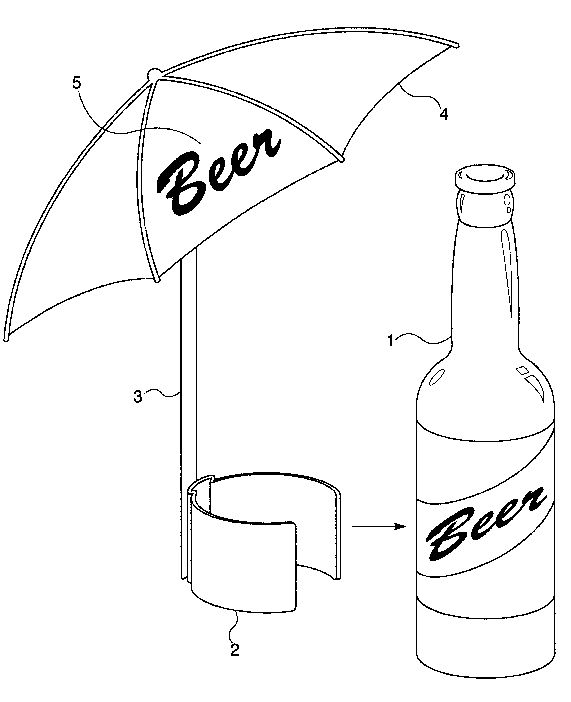 A simple concept along with a well drafted patent got this invention a grant in just six months. It proves that there is no limit to our thinking capacity and the skill to modify objects to keep catering to our needs, cheers!

Keeping a fruit safe while travelling seems plausible, but to have a separate case for every one of them sounds a bit overboard. Banana is a soft and fragile fruit prone to physical damage, hence the present invention, "Banana Protective Device" aims to counter it. A banana-shaped casing with a hinge safely encloses the fruit, keeping it intact over the duration of your travels. 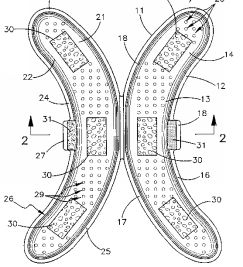 Being a solid case with a fixed curvature does not quite provide the flexibility of encasing any shape or size of banana that we want. Also, it is sensible only for carrying one or two of them at a time, as carrying half a dozen of these cases is unlikely.

Looking at the above examples, it is evident that even with stringent rules for granting a patent it is sometimes the simplest of concepts or the obvious things presented in a non-obvious manner that may fetch you a patent grant. Although, it may not always turn out to be so easy and lucky process as there are several conditions that may factor in on your application.