What is the most important part of a song? If you ask this question to a layman , the answer will vary according to an individual's taste. I personally feel that the lyrics are the soul of a song but someone else might feel that the music creates the real magic. As individual consumers of art, all of us are entitled to our opinions about a song. But does that make the ownership of a song also subjective? Absolutely not.

This blog will tackle with some of the important questions of the Copyright laws pertaining to the Music industry such as: Who should be considered as the owner of the song? Who is the principle creator of the artwork?

To understand how the rights of each "work" are distributed or assigned, we need to first understand the way in which a song is made. The process is a little more complicated than one might imagine. Each piece of music is an amalgamation of multiple individual work. For example, lyrics can be classified as a literary work under the Copyright Act, while the music can be classified as artistic work. These works are combined to make the song by the Producer. This song then is used in a film or a video to be released using some Platform. This entire process has multiple works involved in it; the lyrics by the lyricist, the music by the composer, the recording and the film by the cinematographer.

This is how the system currently functions in the Music Industry:

With this assignment of rights, the Music Label gains all control of exploitation of the content. This basically means that a Music Label can use the "work" created by all these people in whatever way they seem fit, even those which are not yet anticipated by the parties. So say for example, someone created a piece of music in 2002, when the only mediums of broadcast were radio and film, but now in 2020 the mediums have expanded.

The same music now can be put on streaming platforms like Spotify and also video websites like YouTube. In this case, the entire decision of how to use the music lies solely with the Label and not individual artists. One of the major examples of this is the song Masakali. Even though A.R. Rahman created the original song, T-Series owned all the rights towards usage of the song, that is why he wasn't consulted during the production of Masakali 2.0. Thus all the decisions regarding the usage of the musical work is operated by the composers, who are currently controlled by Music Labels. If the artists feel that their work has been wrongly exploited they can take up the matter with the judiciary. This particular example will be a very interesting to look at if it ever goes to court. 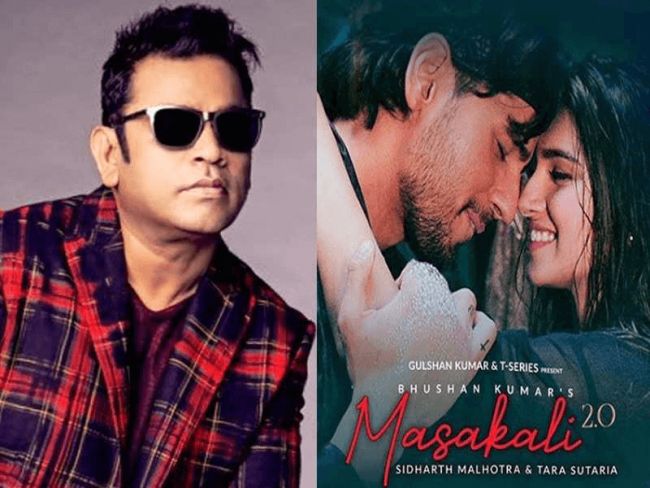 Does this mean that the individuals gain nothing out of their songs apart from upfront payment? No. This was changed by amendments made to the

Indian Copyright Law in 2012. It states that even though the Copyright can be assigned to different people through contracts, the inherent right of an artist to receive royalties for the use of his work cannot be waived off. Yet multiple labels still come up with creative contracts to circumvent the procedure. Producers have been taking advantage of the vague language that has been used in the Legislation to create novel and sometimes illegal contracts. One such example is the use of the term "payment of royalties on an equal basis". The Legislation fails to explain what the term actually means as it doesn't necessarily equally share the monetary benefits.

One more problem with the situation in the industry is the application of the 2012 amendments retrospectively. There is still uncertainty on whether the same law applies for all the contracts signed before 2012. And to exploit this the labels have come up with Back Dated Agreements so that all agreements dated before 21st June 2012 could be exempted from the changes. And thus, the exploitation continues.

One of the cornerstones of the law has been the empowerment of Performing Rights societies, in this individual artists can register their work with the Indian Performing Rights Society (IPRS), which deals with literary and artistic work, and the society then can claim the royalties on their behalf. We discuss their function and problems in detail in our next Blog of the series. In the next blog, we'll explore the intricacies of this topic and cover the problems with the IPRS in detail.

To read more of the background of the Laws in the Industry please refer to our previous blog on the same topic.

ARTICLE TAGS
India Intellectual Property Copyright Media, Telecoms, IT, Entertainment Music and the Arts
POPULAR ARTICLES ON: Media, Telecoms, IT, Entertainment from India
Online Gaming Update
Majmudar & Partners
On January 2, 2023, the Ministry of Electronics and Information Technology, Government of India ("MeitY") invited comments from the public on a host of proposed amendments to the IT...
Regulations On Online Gaming – Draft Amendments To The IT Rules, 2021
Obhan & Associates
In order to safeguard the users of online games against potential harm, draft amendments to the IT (Intermediary Guidelines & Digital Media Ethics Code) Rules, 2021 ("Draft Rules") pertaining...
6 Hours To Report Cyber Incidents To CERT-In And More Compliances
NovoJuris Legal
VPNs such as Express VPN, Surf Shark and now Nord VPN have left India as one of the outcomes from CERT-In Directions.
Amendment To Guidelines For Intermediaries
NovoJuris Legal
The Proposed Amendment sought to address the gaps and infirmities in the IT Rules vis a vis the Big Tech Platforms.
How To Start A Liquor Business?
Ahlawat & Associates
Have you been wanting to start a liquor business? Liquor business is one of the most thriving businesses in India however, it is a heavily regulated sector as liquor as an intoxicant comes...
The Game Has Changed…
AZB & Partners
The beginning of 2023 has come with a bang for the Online Gaming and E-Sports industry.
FREE News Alerts
Sign Up for our free News Alerts - All the latest articles on your chosen topics condensed into a free bi-weekly email.
Register For News Alerts
Article Tags
India Intellectual Property Copyright Media, Telecoms, IT, Entertainment Music and the Arts
Similar Articles
Powered by mondaq AI
MATCH
62%
99 Problems Of The Music Industry - Can Blockchain Technology Be A Panacea? NovoJuris Legal
60%
Music Composers v. Music Producers R. K. Dewan & Co
60%
Role Of Copyright Societies In The Music Industry Photon legal
57%
Apple Music v. Spotify: A Comparative Study In The Digital Music Marketplace (Part I) Khurana and Khurana
57%
The Return Of The Nightingale: An Insight Into The IP Licensing Regime In The Music Industry In India S&A Law Offices
Related Articles
Advertising In The Digital Age: Endorsement Requirements For Celebrities And Influencers Khaitan & Co LLP
New Endorsement Guidelines For Social Media Influencers S.S. Rana & Co. Advocates
Deconstructing The Proposed Self-Regulation For Online Gaming Companies Luthra and Luthra Law Offices India
Write To Information Sports And Gaming October – December 2022 TMT Law Practice
Mere Offering Of Game Of Chance Without Monetary Component Not To Be Considered Gambling Or Betting Ahlawat & Associates
Mondaq Webinars
Considering the Nigerian Start-Up Act & The Opportunities for Tech
Oake Legal
A Guide for Business and Investors – The Sleeping Giant; Why is Nigeria the New Emerging Market for Global Business
Threshing Fields Law Practice
More Webinars
Comparative Guides
Alternative Investment Funds
Artificial Intelligence
Aviation Finance
Aviation Regulation
Blockchain
More Guides
Mondaq Advice Centres
India
Trademarks
India
Arbitration, Litigation and Conciliation
India
Insolvency
Global
Trademarks in SAARC Countries
More MACs
Upcoming Events
Mondaq Social Media