by Ananyaa Banerjee and Diksha Singh
S.S. Rana & Co. Advocates
Your LinkedIn Connections
with the authors

Dabur India Limited ("Plaintiff") had brought about a suit for grant of injunction against telecasting, broadcasting and publishing five advertisements by Shree Baidyanath Ayurved Bhavan Pvt. Ltd ("Defendant/ Respondent") via all electronic mediums, TV Channels and other print media. With the trend of comparative advertising, and the need to secure honest trade practices and healthy competition in market, the verdict of Hon'ble High Court underscored the doctrines governing trade mark disparagement and limitations of freedom of speech in an advertisement.1

Dabur India Limited (referred to as "Plaintiff") is a company incorporated in India and a leading manufacturer in Ayurvedic and Natural Health Care products. The Plaintiff has been manufacturing and selling the well-known ayurvedic preparation "Dabur Chyawanprash" in India for several years.

Shree Baidyanath Ayurved Bhavan Pvt. Ltd (referred to as "Defendant") is a company established in 1917, and a pioneer of heath care and herbal treatment with backing of modern science and technology. The Defendant has been identified for many of its ayurvedic products including "Chyawanprash".

The Defendant had launched 5 commercial advertisements wherein it claimed that its "Chyawanprash" is a mixture of qualities of 52 herbs, whereas its rival has only 42 ingredients:

During the course of the advertisement, the wife questions the choice of the husband in purchasing the "Chyawanprash" with only "42 ingredients", and goes on to say that to prevent illness and "win", one needs the power of total "52 Ayurvedic ingredients" and not just 42 ingredients, declaring that the Defendant's Chyawanprash is the one which is made with centuries old and complete Ayurvedic recipe. 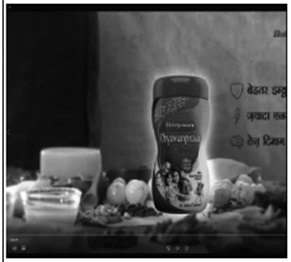 CONTENTIONS OF THE PARTIES

The Contentions of the Plaintiff:

To this end, the Plaintiff submitted that:

The Contentions of the Defendant:

The Defendant based their arguments on the right to freedom of speech and expression guaranteed under Article 19 (1) (a) of the constitution, stating that:

While deciding if the Defendant's advertisements were disparaging the Plaintiff's product, the Hon'ble High Court referred to various judgments cited by both parties and relied upon the following grounds which are imperative to the issue at hand:

On the basis of the same, the Court held that:

The Courts have time and again adjudicated upon the matters of disparagement and usage of commercial speech to determine the rights of the parties and promote healthy competition in the market.

The Courts have also highlighted that the freedom to commercial speech branching from Article 19(1)(a), may be creative, engrossing and have an engaging storyline, however, it cannot be allowed to extend its ambit to allow the defamation, disparagement and denigration of a competing product. However, true statements can be made even if it denigrates a rival's product, but false and misleading statements cannot be allowed under the guise of free speech.2

In the present matter, the Hon'ble Court has based its reasoning on the precedents cited by both parties and held that the advertisement to the extent of disparagement and / or any false or misleading statements, shall be injuncted. Thus, some of the Defendant's advertisements were allowed to be advertised on television, social media and other platforms, after the removal of disparaging parts, thereby striking a balance between the rights of the two parties.

Titiksha Sinha, Associate Advocate at S.S. Rana & Co. has assisted in the research of this Article.