This is one of the first decisions referring to the Enlarged Board of Appeal decision G1/19 regarding computer-implemented simulations.

For the purposes of assessing inventive step of a computer-implemented simulation, it is not a sufficient condition that the simulation is based, in whole or in part, on technical principles underlying the simulated system or process.

The subject-matter of the European patent application underlying the present decision was summarized by the Board in charge as follows:

The system is conceived for a training context in which trainees generate virtual weldments, which are then tested and the result of the test can be used as criterion for passing or failing an examination. 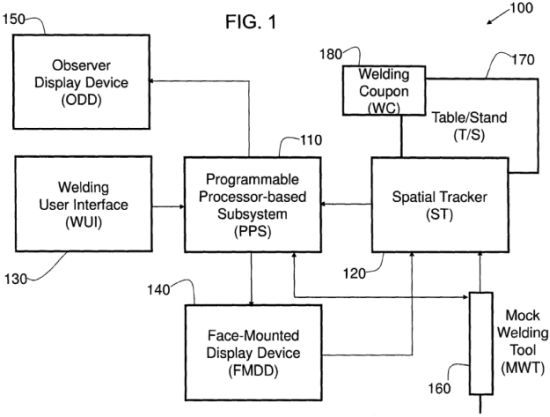 The Board in charge considered the claimed system to be a general purpose personal computer configured to execute virtual testing and inspection of virtual weldments. Hence, a common computer was considered as a suitable starting point for the assessment of inventive step:

3.1.3 The board concludes from the above that the claimed system is a general purpose personal computer configured to execute virtual testing and inspection of virtual weldments.

3.1.4 The board considers thus a notoriously well-known, general purpose, personal computer to be a suitable starting point for the skilled person.

On the differences over the closest prior art and on the underlying technical problem, the Board commented as follows:

3.2.1 Compared to such a notoriously well-known personal computer, the claimed system differs in that it can ("is operable to") execute coded instructions including a rendering engine configured to render a 3D virtual weldment and an analysis engine configured to perform simulated testing and inspection of the 3D virtual weldment for pass/fail conditions and/or defect/discontinuity characteristics. In addition, the display device can display the 3D images of the weldment and the user interface allows the user to move the displayed images around ("manipulating an orientation").

In essence, the claimed system renders a 3D image, which can also be an animated 3D image (of a virtual weldment) and processes this image by simulating testing and inspection of the virtual 3D weldment. It then displays the processed image and allows the user to move it around.

Importantly, the Board in charge stated that the claimed subject-matter (as well as the application as a whole) only refers to the testing of virtual weldments and not to "real life" weldments:

As such, the the claimed system would only refer to image processing which is a non-technical task as conformed by a plurality of decisions of the EPO's Boards of Appeal:

3.2.5 In the board's opinion, therefore, the claimed system carries out image processing. Images of weldments are rendered, manipulated and displayed. That the images represent weldments or that the manipulations represent testing and/or inspection of those weldments is, in the general manner claimed and described in the application, the result of the cognitive content (information) of the displayed images. It is the user who perceives the images as weldments and the manipulation of those images as testing and/or inspection. Such cognitive information ("what" is displayed) is not related to any technical problem or technical constraints. This applies also to the type of tests (e.g. destructive or non-destructive) the system is able to simulate.

It is established case law that the cognitive content of a displayed image ("what" is displayed) is in principle not a technical feature (Case Law of the Boards of Appeal of the EPO, 9th Edition, July 2019, I.A.2.6).

Against these finding, the appellant argued inter alia as follows:

Making reference to paragraph [0043] of the application, the appellant pointed out that simulated weldments generated using the VRAW system could be used beyond training. Such a simulated weldment could be integrated in a simulated bridge and the testing could involve simulations of the bridge over time in order to estimate whether the quality of the weldment would influence the life time of the bridge. In analogy to the reasoning of the decision T 625/11, where the deciding board had concluded that a simulation of a nuclear reactor was technical, the features relating to the simulation of the testing of the weldment were also to be seen as technical.

However, according to the Board in charge, the appellant's arguments would not be in line with the decision G1/19 of the Enlarged Board of Appeal:

3.2.10 Secondly, regarding the technical character of the simulation, the board notes that the decision referred to by the appellant was cited in decision G1/19 of the Enlarged Board of Appeal (EBoA)(see point 109 of the reasons), which relates to computer-implemented simulations. In G1/19 the EBoA concluded that, for the purposes of assessing inventive step of a computer-implemented simulation, it is not a sufficient condition that the simulation is based, in whole or in part, on technical principles underlying the simulated system or process (see e.g. points 1 and 2 of the Headnote).

Hence, even if the computer-simulated testing of the virtual weldment were to be carried out within a computer-simulated simulation of a bridge (the bridge having incontestably sufficient technical character), this would not have any influence on the board's assessment of inventive step of the features of the claimed invention. Moreover, the board points out that in the system of claim 1 of the Main Request there is no mention of nor any suggestion to such a type of testing at all but only of testing used for training purposes, as the reference to the determination of a pass/fail condition indicates.

Hence, the Board considered the distinguishing features as not technical:

These differences relate only to the cognitive content of the images and the board does not consider them to be technical features (see point 3.2.5 above).

As a result, the Board ignored the distinguishing features for assessing inventive step and thus considered the claimed subject-matter to be rendered-obvious. Hence, the appeal was dismissed.