China's electricity prices for industrial consumers depend upon the category of industry, type of electricity usage, and region where it is located. China Briefing briefly offers a rundown of how the power rates are fixed in the country.

The cost of electricity consumption is an important factor of production for businesses in the industrial sector, especially in high energy-consuming industries, such as iron, steel, non-ferrous metals, building materials, and chemical industries.

Although China is losing its edge in some labor-intensive sectors, it is moving up the value chain in the manufacture of higher-technology products. To lower electricity costs for manufacturing, the Chinese government has rolled out measures from time to time to bring down the general industrial power rates.

But China's industrial power rates vary from region to region and are based on different voltage levels and transformer capacities. Understanding the power costs in China is therefore a challenging but necessary consideration at the pre-investment stage for foreign investors.

Here, we provide a brief rundown of the regional and industrial power rates in China.

So far, more than 60 percent of China's manufacturing is concentrated in its eastern coastal provinces, such as Guangdong, Zhejiang, and Jiangsu.

In terms of price fixing, China's electricity rates are highly regulated by the National Development and Reform Commission (NDRC), but actual prices in the provinces are determined by distribution network operators. This is why power rates vary across different regions in the country.

Before deciding where to invest, it is important for investors to study the prevalence of other plants in the region and their energy costs. Investors can base their estimates on the size of their setup and local industrial operations to roughly calculate their electricity consumption costs. 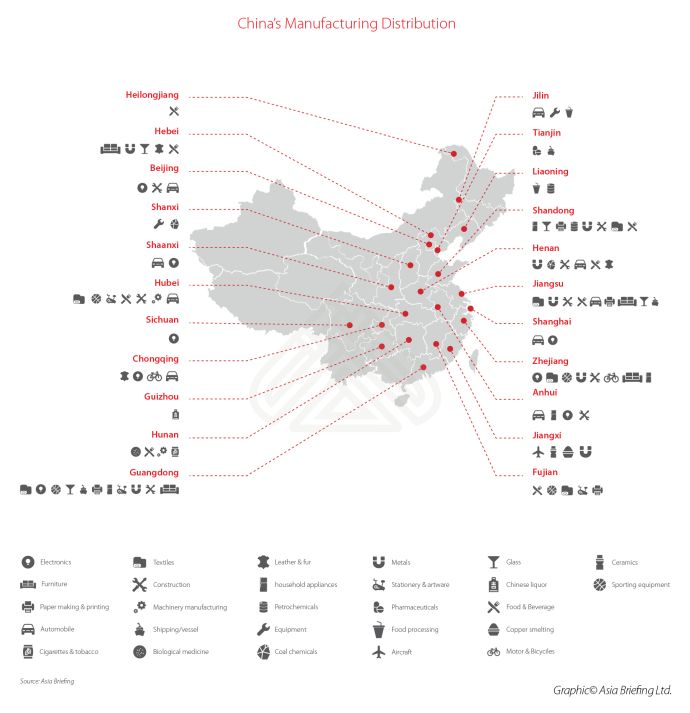 How does China fix its electricity prices?

General commercial and industrial electricity mainly involves small and medium-sized enterprises (SMEs) with the total transformer capacity of no more than 315 KvA and are charged only according to the cost per unit based on three voltage levels – 1kv, 10kv, and 35kv.

Large-scale industry users have the total transformer capacity of above 315 KvA. The cost of consumption in this category is broken down into two parts: 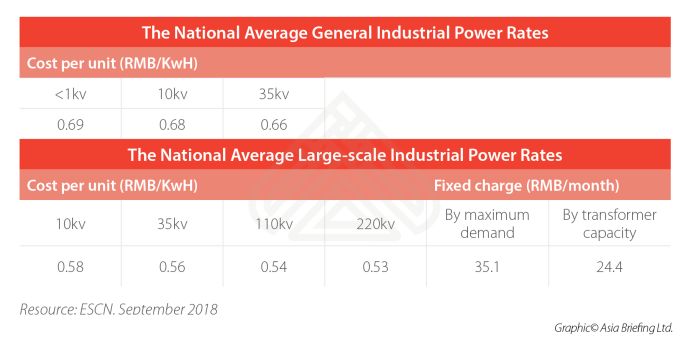 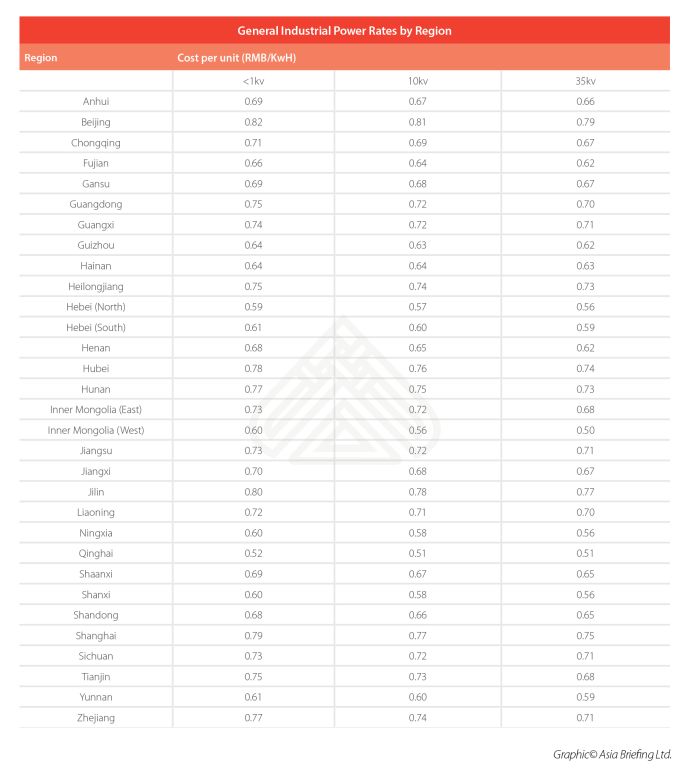 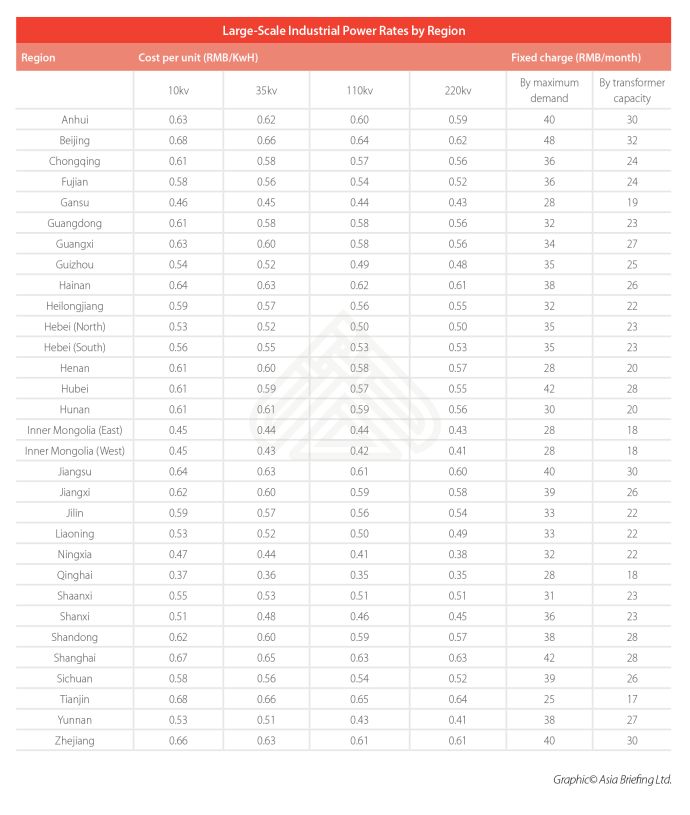 In terms of the costs of each voltage level in the general commercial and industrial electricity category – the rates in Beijing, Shanghai, Jilin, and Hubei are always among the highest. Meanwhile, Shanxi and Hebei have the cheapest general industrial power rates.

In the large-scale industrial electricity category, Beijing, Shanghai, Tianjin, and Zhejiang have the most expensive costs per unit, compared to other regions.

However, power costs per unit in the large-scale industry in Shanxi, Shaanxi, Liaoning, Hebei, and Guizhou are more competitive.

China's average industrial power rate is cheaper than in some European countries, but not more competitive than in the US.

The Chinese government is aware of the importance of controlling the cost of electricity and has been calling for improving transparency in the state-controlled power industry and cutting industrial power rates to lower costs for small and middle-sized enterprises to attract business and steady employment. The general commercial and industrial electricity prices are projected to decline further.

At the same time, China's electricity grid is reliable and does not require the back-up power generation needed in other lower cost manufacturing destinations in Asia like India, Vietnam, Myanmar, and Cambodia.

However, what should be noted is that in China, electricity prices are used as leverage to make macroeconomic adjustments, such as to discourage low-level but high energy-consuming industries.

Large industrial enterprises with relatively backward production technology or those enterprises that fail to meet environmental protection requirements will face higher power costs or even penalties and could lose their pricing advantages.

Industrial power rates, power rate structures, and related energy policies vary widely by region in China and can be amended over time.

Companies that consume large amounts of electricity are advised to invest in a through analysis of power costs before making location decisions.

The analysis should also be considered in the context of other location drivers, such as overall operational costs, quality of labor, speed to customers, and many other factors.