by Edward L. Wilson
Lawson Lundell LLP
Your LinkedIn Connections
with the authors 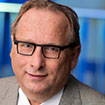 By way of Bill 17, the Miscellaneous Statutes Amendment Act, the provincial government adopted several amendments to the Local Government Act on May 29, 2014. These amendments were intended, amongst others, to allow modern land use policies by phasing out any remaining land use contracts[1] and to protect developers by "insulating" in-stream rezoning and development permit applications from increases in development cost charges[2].

Phasing Out Land Use Contracts