A dispute between two Victorian live music venues concerning use of trade marks including "CORNER" and "CORNER HOTEL" has seen infringement allegations dismissed by the Federal Court of Australia. The court found that the respondents various JAZZ CORNER marks were not deceptively similar to any of the Applicant's CORNER trade mark registrations.

While O'Bryan J accepted that the word "JAZZ" has a descriptive meaning when used in relation to live music performances, his Honour held that adding this term to the word CORNER (or words CORNER HOTEL) left an impression that was distinct from the impression created by each of the Applicant's CORNER marks. This decision emphasises the importance of any impression left by uncommon (or unusual) elements of a trade mark, particularly where the shared elements are considered to be descriptive. 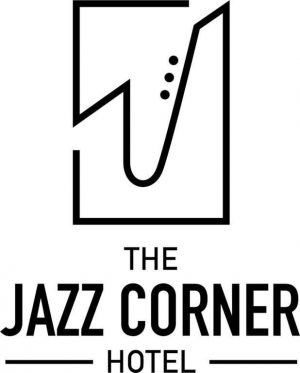 UO own Australian trade mark registrations (used by JCH with UO's authority) for the word mark JAZZ CORNER and the composite mark shown below for various hotel, night club, food and beverage services in class 43.

ST obtained trade mark registrations for the word mark JAZZ CORNER and the composite mark shown below for various food and beverage related services in class 43.

The respondents' argued that Swancom's CORNER registrations lacked sufficient distinctiveness when used in relation to the registered services. O'Bryan J took judicial notice of the fact that Australian hotels are often located on street corners and usually provide entertainment services to patrons. Further, the evidence disclosed the word "corner" was used descriptively to refer to the geographical location of hotels and in business names for hotels since the 19th century.

On this basis, his Honour concluded that the phrase "CORNER HOTEL" was not distinctive in relation to ordinary hotel services (such as alcoholic drinks served on the premises, prepared meals and, to a lesser extent, accommodation). However, O'Bryan J held that the words CORNER HOTEL were capable of functioning as a trade mark for services which relate to staging of professional live music performances, particularly given the extent to which Swancom and its predecessors has used that phrase as a trade mark.

However, as Swancom's CORNER and THE CORNER registrations cover a broader range of services in Class 41, O'Bryan J invited both parties to make submissions about whether these registrations ought to be amended/limited to preserve the freedom of other hotels, cafes, bars and restaurants to use the word "corner" in their trading name.

The question of whether the respondents' use of the JAZZ CORNER marks infringed Swancom's CORNER registrations effectively turned on two factors, namely:

Use as a trade mark

Based on the evidence, his Honour held that JCH, BB and ST operate separate businesses, namely, The Jazz Corner Hotel, Bird's Basement and The Jazz Corner Café (respectively). O'Bryan J held that only BB provided services for which the Swancom marks are registered, namely, professional live music performances.

However, his Honour noted that BB's jazz club was located in the same building as the JCH and ST businesses which shared common ownership and offered accommodation and café services under the JAZZ CORNER marks. Further, each of these businesses were found to engage in substantial cross-promotion of each other's business.

Based on the manner and context of its use, his Honour concluded that ordinary members of the public would perceive The Jazz Corner Hotel as a provider of live music performances in the basement jazz club known as Bird's Basement. As such, O'Bryan J held that JCH had used JAZZ CORNER HOTEL as a trade mark in relation to live music services.

The JAZZ CORNER OF THE WORLD marks were used in a more limited manner and predominantly in connection with Bird's Basement jazz club. On this basis, his Honour concluded that the respondents had used the phrase "Jazz Corner of the World" in a descriptive manner rather than as a trade mark.

In view of the above, O'Bryan J was only required to consider whether the JAZZ CORNER HOTEL and JAZZ CORNER OF MELBOURNE marks were deceptively similar to any of Swancom's CORNER registrations.

His Honour considered the addition of "jazz" to the word "corner" (or the words "corner hotel") gives the composite phrase a distinct sound and meaning. In his Honour's view, attention is immediately drawn to the word "jazz" and the words "corner" or "corner hotel" assume a secondary role in the phrase. Further, his Honour expressed the view that the addition of "jazz" is likely to create an impression or idea in the mind of an ordinary member of the public that is distinct from the impression or idea created by Swancom's CORNER marks.

On this basis, O'Bryan concluded that the JAZZ CORNER HOTEL and JAZZ CORNER OF MELBOURNE marks were not deceptively similar to any of Swancom's CORNER registrations. As a result, Swancom's infringement claims against the respondents' were dismissed.

His Honour also concluded that Mr Dadon could not be a joint tortfeasor because all relevant decisions and actions were done in his capacity as a director. The evidence did not establish that Mr Dadon had such involvement in or responsibility for the manner and extent of that cross-promotion that he ought to be regarded as a joint tortfeasor.

Swancom have now filed an appeal in relation to this matter.