Our latest update summarizes selected cases in the food industry that demonstrate issues to consider when selecting a trademark or when operating under a trademark license.

Can someone adopt a well-known food trademark for use on a non-food product?

American Dairy Queen Corporation ("ADQ") and its franchisees operate about 4,500 restaurants in all states except Vermont, and all of them feature BLIZZARD® frozen semi-soft ice cream treats, billions of which allegedly have been sold to consumers since 1946. 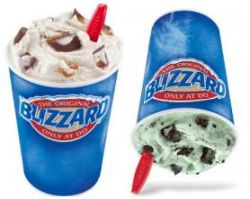 W.B. Mason Co., Inc., which delivers office supplies to more than 300,000 offices, says that it began to offer BLIZZARD paper products in 2003 and BLIZZARD spring water in 2010. 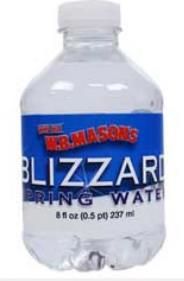 When Mason sought to register marks containing BLIZZARD for spring water, ADQ opposed. Settlement discussions ensued, and Mason claims they were still in progress when ADQ filed an infringement action against Mason in the U.S. District Court for Michigan, where ADQ is located. ADQ's complaint seeks redress for the use of BLIZZARD for bottled water.

Compare the foregoing case with an action filed January 1, 2018 by Wm. Wrigley Jr. Company, owner of the registered trademarks STARBURST and SKITTLES candies.

Wrigley sued Get Wrecked Juices LLC for allegedly selling e-liquid for electronic cigarettes under the marks STARBURST and SKEETLEZ. Wrigley's complaint began, "There is a growing concern, shared by the FDA, the Senate and others, that the marketing of e-cigarette materials in chocolate, fruit and/or candy flavors harmfully targets children under 18 years of age."

Judgment was entered for Wrigley after Get Wrecked failed to appear or defend.

Does yellow identify the source of SPLENDA® sucralose sweetener? 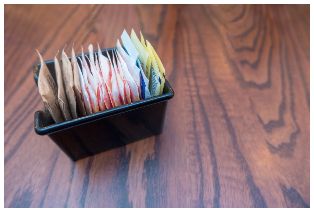 Heartland, the current owner of American-made SPLENDA sucralose sweetener, sued the owners of Applebee's and IHOP for providing their customers with a sweetener in a yellow packet, claimed to be a lower-quality sucralose product from China, allegedly being misrepresented as genuine SPLENDA sweetener.

The defendants moved to dismiss the lawsuit, arguing that the yellow packaging is a functional generic signifier for sucralose sweetener regardless of its source, and that in any case consumers do not associate the yellow color with any single source. The defendants also counterclaimed to cancel the registrations of the term SPLENDA on the ground that it is generic for sucralose sweetener and therefore is unregistrable.

District Judge Sarah Evans Barker denied the defendant's motion to dismiss. She referred to the U.S. Supreme Court decision in Qualitex Co. v. Jacobson Prod. Co., Inc., 514 U.S. 159 (1995), which held that color alone can be a protectable trademark if it develops secondary meaning as a source indicator and does not serve a functional purpose that would place competitors at a non-reputational disadvantage.

Do most consumers understand that all yellow packages of low-calorie sweetener come from the makers of SPLENDA or do they understand that the product is sucralose, regardless of its source? We may never know because the parties settled this case and all the asserted claims and counterclaims were dismissed with prejudice.

Is ZERO really recognized as a trademark for no-calorie soft drinks? 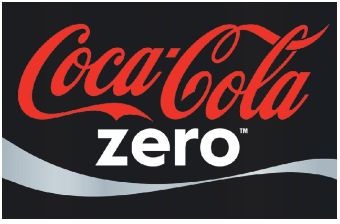 The Coca-Cola Company filed a number of applications to register trademarks for various soft drinks and sports drinks. All of these trademarks contained the term ZERO as an element.

The Examining Attorney viewed ZERO as merely describing a feature of the goods, and accordingly required Coke to disclaim the exclusive right to the term ZERO apart from the marks as a whole. Coke refused the disclaimer and submitted that each of its marks had acquired distinctiveness. The Examining Attorney accepted that submission and passed the applications to be published for opposition.

Royal Crown Company, Inc. and Dr Pepper/Seven Up, Inc. (together "Royal Crown") opposed, claiming that the term ZERO, used by many beverage companies, was merely descriptive of, or generic for, attributes of soft drinks (and sports drinks) containing minimal or no calories, and thus could not indicate source. The only relief Royal Crown requested was that Coke be required to disclaim exclusive rights in the term ZERO.

This started a chain of events that may seem very technical, but the parties and courts are battling them out.

The Trademark Trial and Appeal Board concluded that Royal Crown had not demonstrated that ZERO was generic because it had not shown that the public used ZERO as the common descriptive name for soft drinks (or sports drinks). The TTAB also found that the magnitude of Coke's use meant that its use of ZERO was substantially exclusive use as compared to third party uses, so Coke had acquired source distinctiveness ("secondary meaning") in that descriptive term and was not required to disclaim it.

Royal Crown appealed to the United States Court of Appeals for the Federal Circuit. The CAFC reversed and remanded, holding that the TTAB had applied the wrong standards. These included, among other things:

Esoteric arguments about how to define generic terms, and how to define secondary meaning for merely descriptive terms, have been raging for decades. It is fun to see them being fought over consumer product trademarks in such widespread use. We can look forward to further decisions in this case.

What trademark issues made the Grumpy Cat so grumpy?

Tabitha and Bryan Bunderson own a cat named Tarder Sauce who first became famous after internet postings of her image went viral in 2012 under the title GRUMPY CAT. Grumpy Cat Limited was formed to hold and exploit the intellectual property rights relating to Grumpy Cat, and it has registered a number of copyrights and trademarks that have been licensed for use on such items as shirts, mugs, books, pens, bags, socks, plush toys, slippers, cushions, phone cases, balloons, stickers, calendars, dinner plates, candy, towels and key rings. 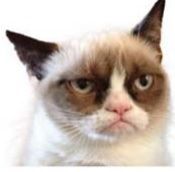 Grumpy Cat licensed Grenade Beverage LLC to manufacture and sell solely "a line of Grumpy Cat-branded coffee products, or other additional products within the Product Category that may, upon the Parties' mutual approval, be marketed hereunder." The License Agreement defined "Product Category" as "non-alcoholic beverages."

Grumpy Cat alleged that Grenade was authorized to sell only Grumpy Cat Grumppuccino iced coffee products but exceeded the scope of its license, after having been warned not to do so, by creating and selling a Grumpy Cat-branded ground coffee product. Grumpy Cat brought suit for willful trademark and copyright infringement, not just for breach of contract, in the U.S. District Court for the Central District of California.

Subsequent Development.In a 48-page opinion dated October 26, 2018, and filled with pictures of evidentiary submissions, the Trademark Trial and Appeal Board affirmed an Examining Attorney's refusal to register the Grumpy Cat image as a mark for videos, games, paper goods, stuffed toys and a website. The TTAB held that, although the image functioned as a trademark, it was merely descriptive of the goods and services, since all of them were about the Tarder Sauce cat. Further, the TTAB held that the evidence did not support a finding that the mark had acquired distinctiveness as a source designation because (1) previous registrations of the same image were not for sufficiently similar or related goods or services, and (2) the social media following and website evidence promoted the cat as an "internet celebrity" but did not direct the attention of consumers to the goods and services for which registration was sought. In re Grumpy Cat Limited,Application Nos. 85838010 and 85836812 (T.T.A.B. October 26, 2018).

The TTAB's affirmance of the refusal to register the Grumpy Cat image as a trademark should not affect the District Court's award of $1 in damages for breach of contract or $230,000 for copyright infringement damages. But perhaps it might provide a ground for Grenade to challenge the $480,000 award of statutory trademark infringement damages.