John T. Veleno opposed an application to register the mark ROSA VELENO for "entertainment services by a musical artist and producer, namely, musical composition for others and production of musical sound recordings," alleging a likelihood of confusion with his registered mark VELENO for guitars. Typically, the addition of a "personal name" to a surname would not avoid a likely confusion, but what about the goods and services? How do you think this came out? John M. Veleno v. Sheena S. Todd, Opposition No. 91229357 (April 6, 2018) [not precedential] (Opinion by Judge Michael B. Adlin). 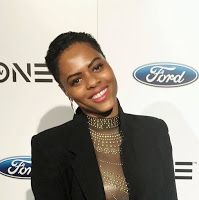 Applicant claimed that his mark is famous, asserting that a number of famous musicians (including my favorite, Todd Rundgren) have purchased VELENO guitars, and that his guitars have been displayed at the Hard Rock Cafe in Orlando, at Boston's Museum of Fine Arts, and at Dolly Parton's Dollywood Rags to Riches Museum. The Board found that VELENO guitars are "somewhat well known, at least among guitar aficionados." However, Opposer failed to provide total sales figures or evidence of significant advertising expenditures. "The sales figures provided lack context and are underwhelming, and Opposer admits to being unable to produce guitars for long periods of time." Therefore, the sixth du Pont factor weighed only slightly in Opposer's favor.

The Board found that consumers familiar with VELENO guitars could assume that a musical artist, composer and producer named Rosa Veleno is part of the Veleno family that offers guitars under the VELENO mark. Applicant's mark could be seen as a variation of the VELENO mark or as identifying a new venture by the source of VELENO guitars. Considering the marks in their entireties, the Board concluded that the marks are more similar than dissimilar in overall commercial impression, and so this factor weighed in favor of finding a likelihood of confusion.

The Goods/Services: Opposer did not establish use of the mark VELENO for anything other than guitars: i.e., there was no evidence that Opposer had used VELENO for composing or producing music or for related services. "The fact that Opposer's goods and Applicant's services are both music-related in the broadest sense is not enough by itself to establish that the goods and services are related for likelihood of confusion purposes."

Here, while musical compositions may be played on guitars, and musical recordings may feature guitars, there is no evidence, argument or reason to believe that guitars would come from the same source as music composition or production services. In fact, the record contains no evidence of any relationship between manufacturing guitars, which according to Opposer's testimony requires engineering and fabrication skills, and composing and producing music, which are artistic endeavors. Nor is there any evidence that guitars and music composition and production services travel in the same channels of trade.

The Board concluded that although the marks are more similar than dissimilar, "Opposer's mark is not strong enough, and the marks are not close enough, to overcome the lack of any evidence of a relationship between the goods and services, or that the channels of trade overlap.

Conclusion: The Board found confusion unlikely, and it therefore dismissed the opposition.

ARTICLE TAGS
United States Intellectual Property Trademark
POPULAR ARTICLES ON: Intellectual Property from United States
Top Tips To Protect A Company's Confidential Information When Sharing With Others
Wolf, Greenfield & Sacks, P.C.
An article authored by Jason Balich and Brandon Blackwell titled "Top Tips to Protect a Company's Confidential Information When Sharing with Others" published...
The Intersection Of Data & Intellectual Property: You Want To Share It, But How Do You Protect It?
Taft Stettinius & Hollister
Quite often, business data can be characterized as intellectual property. But you want to share your data with the world, or maybe just customers or clients.
Copyright: Ninth Circuit Rejects A Three-Year "Damages Bar" In Copyright Infringement Cases
Arnold & Porter
In July 2022, the US Court of Appeals for the Ninth Circuit held that the Copyright Act's three-year statute of limitations for copyright infringement...
A Promise Not To Challenge The Validity Or Enforceability Of A Patent In A Settlement Agreement May Be Unenforceable When The Parties Are Not Settling Actual Litigation
Finnegan, Henderson, Farabow, Garrett & Dunner, LLP
A promise not to challenge the validity or enforceability of a patent in a pre-litigation settlement agreement may not be sufficient to prevent a party from asserting invalidity and unenforceability defenses when sued for patent infringement.
Artificial Intelligence And Inventorship Under U.S. Patent Law
Stites & Harbison PLLC
In recent years, the capabilities of, and applications involving, artificial intelligence ("AI") have dramatically increased, so much so that AI systems are now able to produce works...
12 Patents Surrounding Automobile Transactions Found Ineligible Under Section 101
Holland & Knight
Anthony Fuga's Section 101 Blog is a must-read for anyone trying to determine the often difficult-to-discern boundaries of subject matter that is too abstract for patent protection.
FREE News Alerts
Sign Up for our free News Alerts - All the latest articles on your chosen topics condensed into a free bi-weekly email.
Register For News Alerts
Article Tags
United States Intellectual Property Trademark
Similar Articles
Powered by mondaq AI
MATCH
52%
Chicago Cubs Score Home Run In Their Opposition Against A Stylized Version Of The Letter "C" BakerHostetler
57%
TTAB Upholds Refusal Of "THIS IS FOR MY GIRLS" For Musical Services Because It Appears Only As A Song Title On Applicant's Specimens Of Use Wolf, Greenfield & Sacks, P.C.
61%
Differences Between MONSTER And CLEVELAND MONSTERS And Lack Of Actual Confusion Lead Board To Dismiss Section 2(d) Opposition Wolf, Greenfield & Sacks, P.C.
60%
MILLENNIAL FALCON For Live Entertainment Services Confusable With Star Wars' MILLENNIUM FALCON, Says TTAB Wolf, Greenfield & Sacks, P.C.
59%
Precedential No. 1: TTAB Sustains Spotify's Dilution-By-Blurring Claim Against POTIFY For Clothing And Marijuana-Related Software And Services Wolf, Greenfield & Sacks, P.C.
Related Articles
TTABlog Test: Which Of These Three Recent Section 2(d) Appeals Resulted In Reversal(s)? Wolf, Greenfield & Sacks, P.C.
M&R Dallas Takes On Carbone New York In Trademark Litigation Michelman & Robinson LLP
Miami Beware: Patent Clouds Are Quickly Approaching The Sunshine State Venable LLP
The Importance Of A Work Made For Hire Agreement Brownstein Hyatt Farber Schreck, LLP
Precedential No. 21: TTAB Orders Cancellation Of OLD SCHOOL Registrations Due To Abandonment - Intent To Sell Mark Is Not Intent To Use Wolf, Greenfield & Sacks, P.C.
Mondaq Webinars
Litigation Funding in Canada
Nomos Capital Corp.
Private Wealth - Getting it Right: Trusts, Foundations and Funds
Dixcart Group Limited
More Webinars
Comparative Guides
Anti-Corruption & Bribery
Artificial Intelligence
Aviation Finance
Aviation Regulation
Banking Regulation
More Guides
Mondaq Advice Centres
United States
Advertising and Marketing
United States
Telemarketing
United States
COVID-19
Global
Trademarks in SAARC Countries
United States
International Trade Law & Customs
More MACs
Curated Content
Implications Of The Genetic Technology (Precision Breeding) Bill On The Life Science IP Sector
Dehns
The Silent Treatment: The EPO's Approach To Non-therapeutic Methods Encompassing Therapeutic Effects
Dehns
Protection For Plant Varieties In Europe And The UK Post-Brexit
Dehns