In what appears to be a case of first impression, the Ninth Circuit ruled (perhaps unsurprisingly) that under the Madrid Protocol, a foreign applicant who obtains a registration without showing actual use in the United States has a right of priority, as of the relevant constructive use date, over another who first used the mark in the United States. Once that registrant begins using the mark, it may bring an infringement application based on its superior right of priority. Lodestar Anstalt v. Bacardi & Co., No. 19-55864, 2022 WL 1180767 (9th Cir. Apr. 21, 2022). 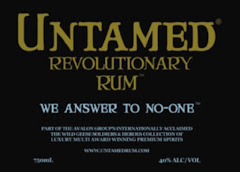 In 2011, Plaintiff Lodestar obtained its extension of protection for the mark UNTAMED for whiskey, rum, and other distilled spirits. In 2013, Barcardi began a marketing campaign using the slogan "Bacardi Untameable." Lodestar then began use its mark in the United States in 2014.

Lodestar won the priority battle but lost the trademark infringement war. The court carefully parsed the relevant sections of the Trademark Act as well as court precedents involving Section 44 of the Act (for example, the "Lemon Tree" (SCM v. Langis) and "Fina" (American Petrofina v. Brown) cases). It found the Section 44 cases to be "persuasive in the analogous context of the Madrid Protocol." The court found additional support in Professor McCarthy's "persuasive analogy" between the "Dawn Donut" rule and the "Fina" case. In sum, to repeat:

[O]nce a registrant under the Madrid Protocol actually begins using the registered mark within the U.S., it is then entitled to assert an infringement claim, based on its statutory priority of right, against those who may have used the mark after the registrant's constructive use date but before the registrant's actual use in the U.S.

Affirming the district court's entry of summary judgment, the court agreed that the manner in which the marks are used weighed against a finding of likely confusion, noting that Lodestar's mark appeared on the back of the bottle "below a considerable amount of writing," and that both parties used the involved marks as tag lines subordinate to their house marks.

Although the district court erred on several of the likelihood of confusion factors, the court concluded that no reasonable trier of fact could find that confusion is "probable" and not merely "possible."

Although the commercial strength of Bacardi's campaign weighs in favor of a likelihood of confusion with respect to Lodestar's competing rum, which bore a similar suggestive mark of which Bacardi was culpably aware, these factors are overwhelmingly offset by the fact that consumers would "encounter the trademarks differently in the marketplace," the companies' "marketing efforts [were] concentrated in different media," and Lodestar "presented no evidence of actual confusion" among consumers of its products.