On January 18, 2022, the CAFC denied Appellant Brooklyn Brewery's petition for panel rehearing and rehearing en banc in the recent Brooklyn Brewery case. [CAFC opinion here; denial of rehearing here], in which the court held that the Brewery lacked Article III standing to challenge the Board's ruling on likelihood of confusion involving non-competing goods. On that same day, the court issued an "Errata" page [pdf here] making two changes in one sentence in the opinion, as set out below. Professor McCarthy criticized the court's stance regarding Article III standing [TTABlogged here]. Do the two changes made by the CAFC make any real difference? Professor McCarthy remains unimpressed. 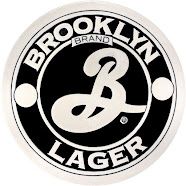 The CAFC, in its ERRATA document, made the following changes:

Professor McCarthy thinks that amendment to the original opinion does not solve the problem with the court's stance on standing:

In my view, by the change of two words, the court is obviously attempting to soften one sharp edge of the error of its rule that competition is always required for standing. But what is the meaning of saying the Article III standing "issue" for likelihood of confusion cases is "typically" competition between the parties? It leaves unsaid what is the "issue" when the parties are not in competition. Whatever the "issue" might be, the opposer here could not satisfy the court as to standing to challenge the non-competitive goods. The CAFC left unsaid and undefined what it thinks is the test for Article III standing in a trademark infringement case where the parties are not direct competitors. The CAFC's Article III analysis is totally out of step with Supreme Court Article III case law. For example, in the 2016 Spokeo decision the Supreme Court said: "[W]e have confirmed in many of our previous cases that intangible injuries can nevertheless be concrete..[I]t is instructive to consider whether an alleged intangible harm has a close relationship to a harm that has traditionally been regarded as providing a basis for a lawsuit in English or American courts.. [A] plaintiff in such a case need not allege any additional harm beyond the one Congress has identified." In my view, that harm is made clear in the Congressional statement of intent in the Lanham Act § 45, 15 U.S.C.A. § 1127. As paraphrased, the intent is to make actionable the deceptive and misleading use of marks in interstate and foreign commerce; to protect persons engaged in such commerce against unfair competition; and to prevent fraud and deception in such commerce by the use of reproductions, copies, counterfeits, or colorable imitations of registered marks.

PS: Note the court's use of the phrase "cancel an existing mark." Actually, registrations are cancelled, not marks.