United States: Apple, Inc. Survives Section 2(d) Opposition Challenge To APPLE MUSIC By Tacking On Prior Use Of APPLE By Apple Corps

The Board dismissed this Section 2(d) opposition to registration of APPLE MUSIC for various entertainment-related services, including the production and distribution of sound recordings, finding that Apple, Inc. proved priority over Opposer Charles Bertini's use of the common law mark APPLE JAZZ for entertainment services. Bertini's earliest date of use was in 1985, whereas Apple, Inc. was permitted to tack on use of the mark APPLE by the Beatles record company, Apple Corps, and thus established priority as of August 1968. Charles Bertini v. Apple, Inc., Opposition No. 91229891 (April 16, 2021) [not precedential] (Opinion by Judge Thomas Shaw). 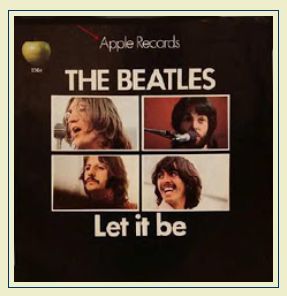 Objections: The Board first ruled on several interesting evidentiary objections. It rejected Apple Inc.'s hearsay objections to certain articles submitted by Bertini, because the articles were more than twenty years old and therefore fell within the exception of FRE 902(6). It likewise rejected Bertini's' objection to historical testimony by a witness who began working at Apple Corps only in 2007, the Board observing that "where a corporation has been in existence for a considerable period of time, there may not be an individual currently with the organization that could relate vital statistics of the business based upon personal knowledge" and therefore "proper recourse may be made to historical documents and similar documents maintained by the corporation over the years, in the normal operation thereof or even to biographical matter, provided the material is made of record subject to the scrutiny and cross-examination of the adverse party."

Is APPLE JAZZ Primarily Geographically Descriptive?: Apple, Inc. feebly argued that Bertini could not establish priority because APPLE JAZZ is primarily merely geographically descriptive under Section 2(e)(2). Bertini admitted that he chose the mark APPLE JAZZ because of his connection with the Cortland region of New York, known for its apples. The Board, however, found that the word "apple" in Bertini's mark does not have a geographical connotation. The Cortland area is sometimes referred to as "apple country," but Bertini's mark is not APPLE COUNTRY JAZZ. In his mark, "apple" primarily refers to the fruit.

In 2007, Applicant Apple, Inc. acquired all of Apple Corps' trademark and service mark rights in its APPLE marks, including two registrations. It then granted back to Apple Corps a license to continue using the marks, which use inured to Apple, Inc.'s benefit.

Tacking?:  In Hana Financial, the Supreme Court observed that "in limited circumstances, a party may clothe a new mark with the priority position of an older mark. This doctrine is called 'tacking,' and lower courts have found tacking to be available when the original and revised marks are 'legal equivalents' in that they create the same, continuing commercial impression." Moreover, one may tack on the priority position of a mark acquired by assignment.

Two marks are "legal equivalents" if they "create the same, continuing commercial impression so that consumers consider both as the same mark." Hana Fin., 113 USPQ2d at 1367. The Board noted that "[t]he standard for tacking is very strict and tacking in general is permitted only in 'rare instances.'" Sometimes the addition of a single word makes a difference  [e.g., AMERICAN MOBILPHONE and AMERICAN MOBILPHONE PAGING], sometimes not  [e.g., AMERICAN SECURITY and AMERICAN SECURITY BANK]. The Board found this case to be more like the latter.

The addition of the term MUSIC does not create a different commercial impression because it is generic when used in connection with sound recordings and the production and distribution of sound recordings. Consumers would know they were dealing with a music company, particularly because Applicant's licensee, Apple Corps, has used variations of the APPLE mark, with APPLE as the dominant element, to identify its musical recordings, which inures to Applicant's benefit, and because Applicant uses APPLE MUSIC to identify its service of publishing and distributing sound recordings.

Apple Corps' long use of APPLE-formative marks, as well as its apple design, suggests that customers are "already accustomed to seeing slight variations in Apple Corps' APPLE mark." It would not be unexpected for the company to modernize its mark by adding the word MUSIC.

Tacking also requires that the goods or services marketed under the earlier mark be "the same or similar" as the goods or services marketed under the later mark. The Board found that the sound recordings identified in the two registration acquired from Apple Corps are "the same or similar" for purposes of tacking as the production and distribution of sound recordings identified in Apple Inc.'s opposed application.

Conclusion:  Finding that Apple, Inc. enjoys priority, the Board dismissed the opposition.