On October 10, 2018, the US Department of the Treasury launched a significant pilot program to implement part of the Foreign Investment Risk Review Modernization Act (FIRRMA) while final rules are being crafted.1 The pilot goes into effect on November 10, 2018, and makes two important changes to the Committee on Foreign Investment in the United States (CFIUS):

First, with some exceptions for investment funds, the pilot program expands the jurisdiction of CFIUS to capture any foreign investment (direct or indirect) in a specially defined category of US companies called a "pilot program U.S. business" where a foreign investor obtains any material nonpublic technical information, access to the board of the business, or the ability to influence the production or development of critical technologies.

On August 3, 2018, President Trump signed the National Defense Authorization Act for Fiscal Year 2019.3 The bill included FIRRMA, which significantly modifies the rules for foreign investments in the United States. The new law reflected growing bipartisan concern that certain foreign transactions are diminishing US technological superiority and that CFIUS lacked sufficient authority and resources to account for the complex deal mechanisms foreign investors may employ to acquire valuable stakes in US companies that are important for US security.

FIRRMA allows CFIUS to analyze a greater range of transactions than before, empowers CFIUS to require certain foreign investors to make mandatory filings, permits CFIUS for the first time to charge filing fees and requires the secretary of Commerce to oversee the creation of new export control restrictions for emerging critical technologies.

The secretary of the Treasury is charged through FIRRMA with crafting new regulations to implement many provisions of the law. The rule-making process is likely to play out over the next year. In the interim, the law empowers CFIUS to enact pilot programs to implement on a temporary basis the authorities provided in two sections of FIRRMA that did not take effect upon the statute's enactment. The interim rules issued on October 10 were promulgated under that authority.

Under the pilot program, and subject to important exceptions for investment funds described below, CFIUS will have jurisdiction over even very small foreign investments in certain critical technology companies.

After the passage of FIRRMA, navigating deal risks associated with CFIUS has grown more complex for both US businesses and foreign investors. Now, under the pilot program, CFIUS jurisdiction has expanded to include noncontrolling investments in critical technologies. The categories of transactions subject to the filing requirement have also expanded, and parties failing to make a required declaration may be assessed a civil monetary penalty up to the value of the transaction. Therefore, foreign investors and US businesses should carefully assess the applicability of this pilot program and further regulations on investments. 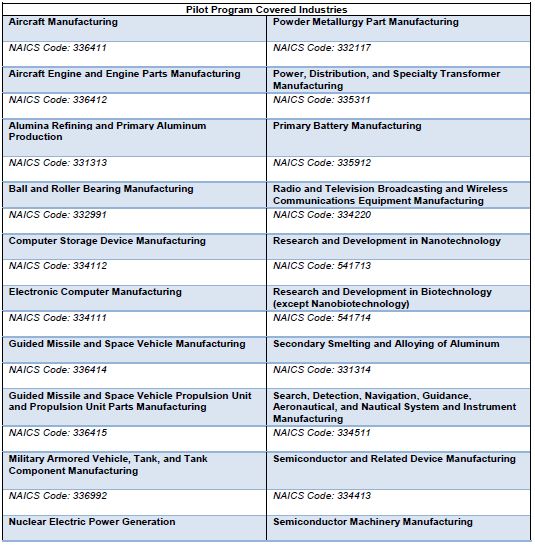