In a much-anticipated decision concerning the situsing of receipts from intangibles for Ohio commercial activity tax (CAT) purposes, the Ohio Supreme Court rejected the Ohio Department of Taxation'sattempt to situs NASCAR Holdings, Inc.'s broadcast revenue, media revenue, licensing fees, and sponsorship fees to Ohio. The court's opinion in NASCAR Holdings, Inc. v. McClain, Slip Op. No. 2022-Ohio-4131 (Nov. 22, 2022), confirms that under Ohio law receipts based on the right to use intellectual property may be sitused to Ohio only if the receipts, i.e., the underlying payments, are tied to a specific right to use the property in Ohio. 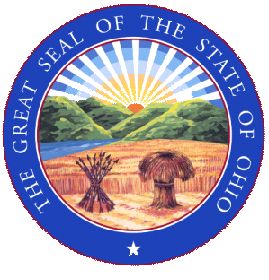 NASCAR sanctions and produces stock car racing events in the United States and around the world. Off the racetrack, NASCAR generates revenue from licensing its intellectual property rights. NASCAR's revenue streams during the years at issue included the following:

Although NASCAR held some races in Ohio during the years at issue, it was headquartered in Florida and maintained no permanent offices, property, or employees in Ohio.

The Ohio Supreme Court agreed with NASCAR that the Department improperly sitused the broadcast and media revenue and licensing and sponsorship fees and reversed the Board of Tax Appeals. The court held that the revenue streams were not based on the right to use NASCAR's intellectual property in Ohio, emphasizing that none of the licensing contracts in evidence explicitly tied payments to the right to use property in Ohio or referred to Ohio in any way. The contracts merely "granted broad rights to use NASCAR's intellectual property over large geographic areas—most often the United States and its territories—that include Ohio." As the court explained, no "causal connection" existed between the receipts at issue and the right to use NASCAR's intellectual property in Ohio. In addition, the court rejected the Department's position that, notwithstanding the plain language of Section 5751.033(F), underlying the CAT is the general principle that receipts must be sitused to the location of the market for the sale. The court commented, "To the extent that the commissioner believes that the statutory language fails to adequately reflect the policies underlying the CAT, he is free to take up that matter with the legislature."

Because the court resolved the case on statutory grounds, it did not reach NASCAR's constitutional claim.