United States: Publishing A Cropped Shot Of Jon Hamm's Crotch Is Fair Use Under Copyright Law

This year has been a busy one for "Mad Men" star Jon Hamm's privates. Apparently he's very blessed south of the border, and he, or those who examine photographs of him, really want you to know that. Hamm says he wants people to stop talking about his loins, but it might help if he'd put on some underwear.

The article includes a photo (reproduced in the court's decision and below) of Hamm on a leisurely stroll in Manhattan. The woman accompanying Hamm (his then-girlfriend Jennifer Westfeld) was cropped out, and a black box with the words "Image Loading" in white text was placed strategically over his naughty bits. 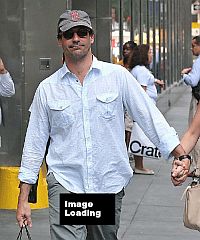 Lawrence Schwartzwald is the New York-based professional photographer who took, and owns the copyright in, the original photograph. Schwartzwald alleges that he hadn't been aware of the use of the photo until 2018, nearly five years after it was first published. Represented by notorious copyright lawyer Richard Liebowitz (see this post), Schwartzwald sued for infringement in the Southern District of New York. HuffPost moved to dismiss based on fair use, and Judge Ronnie Abrams granted the motion.

The court didn't have a hard time with this one. Here's a rundown of the Court's analysis of the statutory factors. 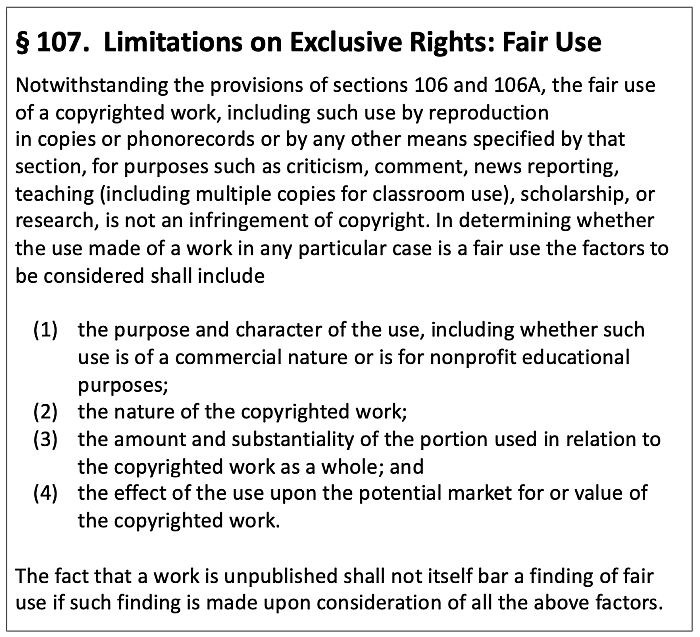 Purpose and Character of the Use

Schwartzwald argued that HuffPost's use of the photo was not transformative because it did nothing beyond illustrating the subject matter of the article and, therefore, served precisely the same purpose for which it was created, i.e., (in his words) to "illustrate what Jon Hamm looks like wearing trousers in public while he walks down the street, ostensibly without any underwear." The court disagreed, finding instead that HuffPost had used the photo for two different purposes: (1) to mock members of society who are obsessed with the biological burden borne by Hamm, and (2) to question the sincerity of Hamm's wish that people wood (I mean, would) stop "talking about his loins" by pointing out that, as master of his domain, Hamm had the power to exercise self-help, don a pair of tighty whities, and let them work their magic. The inclusion of the text box with the words "Image Loading" (which, according to the court, was "a play on words that alludes to both the nature of digital technology and the body part at issue") made it clear that that HuffPost was lampooning both Hamm and fans of his phallus and not simply using the photo to illustrate Hamm's appearance. In addition, the court noted that "when viewed in the context of the article's larger focus on viral moments," HuffPost's use of the photograph was "in part to mock the fact that the photograph went viral to begin with."

The court also concluded that the manner in which HuffPost had modified the photo was transformative. Because the text box completely covered up Hamm's nether regions, HuffPost had "modified the very portion of the Photograph that made it most valuable or unique in the first instance," rendering it incapable of serving Schwartzwald's original purpose of illustrating Hamm's pubis during a panty-less perambulation. To the court, this cheeky modification revealed that HuffPost's true intent was "to conjure up this image in the reader's mind through the comedic placement of the text box."

Judge Abrams distinguished previous cases, cited by Schwartzwald, in which courts had held that minor alterations made to photos (such as the addition of a caption, border or hashtag) didn't qualify as transformative, including cases in which photos were used to illustrate articles in gossip magazines. In the court's view, HuffPost's modifications were material and the photo was used for commentary:

If [HuffPost] had used the Photograph simply as an illustrative aid in a celebrity gossip story—for example, by publishing an article focused on the relationship between Hamm and his then-girlfriend—it would likely not be entitled to a fair use defense. Yet, as described above, [HuffPost's] article was not a typical celebrity gossip story, but instead was intended to be a comedic compilation of and commentary about viral moments or trends from 2013, including the viral Photograph of Hamm.

The Nature of the Copyrighted Work

With respect to the second factor, the parties disputed whether the photo was a creative work (at the core of intended copyright protection) or a factual work. Schwartzwald argued the photo was highly creative because he had exercised creative choices "in the selection of camera equipment, wide angle lens, perspective, angle, lighting and exposure." HuffPost contended that it was a factual work since it was a candid, paparazzi-style, "point-and-shoot' image that was taken for the purpose of "reporting" on (as Schwartzwald himself admitted) "what Jon Hamm looks like wearing trousers in public while he walks down the street, ostensibly without any underwear." The court concluded that the photo was "more factual in nature than creative" because Schwartwald had captured Hamm and his girlfriend "as they naturally appeared" without altering their poses or staging their surrounding environment. Thus, the second factor weighed in favor of fair use.

The Amount and Substantiality of the Portion Used

The third factor also tilted in HuffPost's favor. HuffPost had used only approximately 50% of Schwartwald's original photograph, cropping out Hamm's girlfriend entirely. And critically, as noted above, HuffPost altered the photo in a material way by superimposing the text box "over the very portion of the Photograph that Schwartzwald claims made it noteworthy in the first instance—Hamm's 'privates.'" In other words, HuffPost did not use what was arguably the "heart" of the work. The court concluded that the amount used, qualitatively and quantitatively, was reasonable "to achieve the purpose of both identifying the object of controversy and satirizing" Hamm and people who go nuts over these types of photos of him.

Finally, the court concluded that the fourth factor favored of a finding of fair use since it was unlikely that any potential licensors interested in using the photo for its original, intended purpose - i.e., reporting on the appearance of Hamm's ungirdled membrum virile - would opt for HuffPost's crotchless version instead of licensing Schwartzman's original. In the court's words, because HuffPost's "use of the Photograph obscures its central feature, the secondary use does not constitute a competing substitute for the original and will not "deprive [Schwartzwald] of significant revenues."