by James M. Singer
Fox Rothschild LLP
Your LinkedIn Connections
with the authors

Using an invention to provide a service before filing the patent application can trigger the on-sale bar to patentability, according to a recent decision from the U.S. Court of Appeals for the Federal Circuit.

The court's decision in Quest Integrity USA, LLC v. Cokebusters, LLC involved U.S. Patent 7,542,874, which relates to a system for displaying inspection data collected from a furnace. The patent's priority date was June 1, 2004. However, the court found that the patent owner used the invention to commercially perform furnace inspection services at a Louisiana refinery in March 2003, which is more than one year before the priority date. 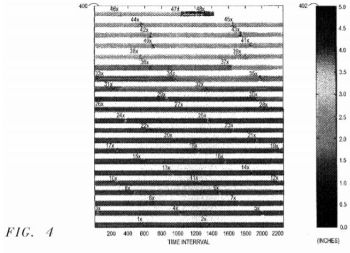 The patent owner did not sell hardware or software to the customer. However, the patent's method claims included the step of "generating a display of at least a portion of said partitioned inspection data arranged to represent said physical geometry of a plurality of said tube segments and enable visual detection of a problem area comprising one or more of said tube segments." The court found that this claimed method included the production of "strip charts," which are shown by way of example in Figures 3 and 4 of the '874 patent.

The court held: "Sale of a product (here, sale of the [strip charts]) produced by performing a claimed process implicates the on-sale bar." The court also noted: "Performance of a claimed method for compensation, or a commercial offer to perform the method, can also trigger the on-sale bar, even where no product is sold or offered for sale."

The case indicates that inventors should not delay before filing a patent application for a new process, especially if commercialization activities that relate to the process are expected.