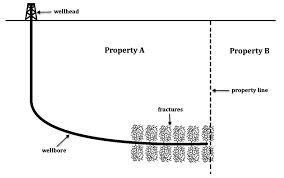 After a trial court order, two appellate opinions, a dissent, and another appellate opinion, the tension between a well operator and an adjacent mineral owner over whether hydraulic fracturing can constitute a subsurface trespass in Pennsylvania has, for the most part, been resolved. In Briggs v. Southwestern Production Company, several points of Pennsylvania law have been confirmed:

The dispute was whether, as argued by mineral owner Briggs, (1) the extraction of natural gas from beneath their property by the operator of a well on an adjacent tract constitutes a trespass, and (2) the rule of capture applies to natural gas extracted through hydraulic fracturing. Southwestern, the operator of the well, denied that it could be liable for trespass because: (1) it had not entered the Briggs' property or conducted oil and gas activities thereon, and (2) the law of capture precludes trespass liability.

The Superior Court, in reversing a trial court summary judgment in favor of Southwestern, held that "hydraulic fracturing may constitute an actionable trespass where subsurface fractures, fracturing fluid and proppant cross boundary lines and extend into the subsurface estate of an adjoining property for which the operator does not have a mineral lease, resulting in the extraction of natural gas from beneath the adjoining landowner's property."

See this discussion in our post with Gray Reed co-author Rusty Tucker.

On appeal by Southwestern, the Supreme Court reversed, holding that (1) the use of hydraulic fracturing does not modify the rule of capture, and (2) when hydraulic fracturing is utilized, "physical invasion" is a necessary precondition. The Supreme Court admonished the Superior Court for applying a "natural-versus-artificially-induced-flow litmus" to determine whether the rule of capture applies in a given situation.

See the discussion of this opinion in our post written by Gray Reed lawyers Paul Yale and Rusty Tucker.

The decision was not unanimous. The dissent agreed that the rule of capture protects an operator from liability when there has been no physical intrusion but spent their time discussing pleading rules.

Plaintiff: Be mindful of how you plead

Here, on remand, the Superior Court determined that the Briggs' complaint did not specifically allege that Southwestern engaged in horizontal drilling that extended onto their property or propelled frack fluids and proppants across their property line. Becuse of that fatal flaw, summary judgment in favor of Southwestern was reinstated.

In a footnote the court observed that "the Supreme Court's holding leaves open for future plaintiffs the possibility of litigating trespass claims based on hydraulic fracturing, so long as they specifically plead that hydraulic fracturing resulted in a physical invasion of their property." Courts and litigants are left to wonder about the fate of a complaint alleging physical intrusion through fracking.