by Kasper Radstake
HGF Ltd
Your LinkedIn Connections
with the authors

In the past 6 months a number of very interesting decisions were handed down by different European courts and IP offices which we would like to draw your attention to. The main thing they have in common is that they relate to the food sector.

This decision of the European Court of Justice (ECJ) concerns the scope of protection of the protected designation of origin (PDO) Morbier.

The European Commission grants a PDO to regional products originating in a certain region, provided that the quality or other characteristics of the product are primarily attributable to the particular geographical environment of the place of origin, such as the climate, soil conditions, local know-how, etc. Famous examples of a PDO are GORGONZOLA (cheese), KALAMATA (olive oil) and PROSCIUTTO DI PARMA (ham).

Morbier is a cheese produced in the French Jura mountains which has enjoyed a PDO since 22 December 2000. The description of the product in the PDO Morbier contains the following information:

"Throughout each slice the cheese has a continuous, joined, horizontal, central black mark" 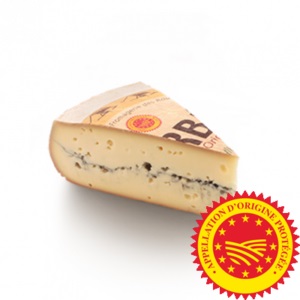 The Morbier Syndicat accused a French cheese manufacturer (Société Fromagère du Livradois) of infringing the protected designation by producing and marketing a cheese that, although not bearing the Morbier name, has the visual appearance of the product covered by the PDO Morbier, especially the black line horizontally separating two parts of the cheese, in order to create confusion with that product and to benefit from the renown of the image associated with it.

The French Court dismissed the Morbier Syndicat's court proceedings in two instances. The Courts held that the PDO is intended to protect the name of a product and not its appearance or features and therefore the production of a cheese using the same techniques as those set out in the PDO is not prohibited.

The Morbier Syndicate brought the case before the French Court of Cassation which asked the ECJ to provide clarity as to how to interpret the EU Regulations relating to PDO's.

The ECJ found that the relevant EU Regulations do not solely prohibit the use by a third party of the registered name. Reproduction of the shape or appearance characterising a product covered by a PDO can also be prohibited in case this may mislead the reasonably well informed European consumer as to the true origin of the product. As always, all relevant factors of the case should be taken into account in this assessment.

Whether or not the cheese of Société Fromagère du Livradois, that is closely resembling the appearance of the Morbier cheese, is actually misleading the European consumers is up to the French Court to decide.

The decision is good news for holders of PDO rights as the protection afforded is interpreted broadly and will assist in stopping the imitation of distinctive characteristics.

Slogans, but for humans (Slogan – IT'S LIKE MILK, BUT MADE FOR HUMANS – General Court Decision Case T-253/30) 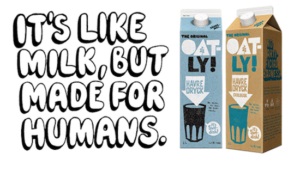 In this decision the General Court had to deal with the question whether or not the slogan IT'S LIKE MILK BUT MADE FOR HUMANS has the minimum degree of distinctiveness required to be registrable.

On 14 March 2019, Oatly AB filed an EUTM application for the mark application for IT'S LIKE MILK BUT MADE FOR HUMANS in relation to among others goods in classes 29, 30 and 32, such as dairy substitutes, soy-based ice cream and preparations for making beverages.

The EUIPO refused the application for the majority of the goods in the aforesaid classes based on the argument that the mark applied for lacks distinctive character.

Oatly filed an appeal before EUIPO's Board of Appeal. The Board found that beyond its promotional meaning, the expression IT'S LIKE MILK BUT MADE FOR HUMANS was incapable of performing the function of a trade mark.

The case was brought before the General Court which confirmed that it is settled case law that slogans should not be treated differently than other marks which means that the same distinctiveness criteria are applicable to all marks.

A trade mark consisting of an advertising slogan must be regarded as being devoid of any distinctive character if it is perceived by the relevant public only as a mere promotional formula. However, an advertising slogan must be considered distinctive if, apart from its promotional function, it may be perceived immediately by the relevant public as an indication of the commercial origin of the goods.

The Court held that because of the word BUT in the middle of the mark, the consumer will perceive a contrast between the first part of the mark (IT'S LIKE MILK) and the second part of the mark (MADE FOR HUMANS). Consequently, the mark at issue conveys not only the idea that the food stuffs covered by the application are akin to milk and are intended for human consumption, but also the idea that milk itself is not.

As this idea deviates from the general opinion among consumers that milk is a key element of the human diet, the mark conveys a message which could set off a cognitive process in the minds of consumers making it easy to remember, and that's why the mark is capable of distinguishing the applicant's goods from goods of other companies.

Consequently, the General Court concluded that the mark IT'S LIKE MILK BUT MADE FOR HUMANS has the minimum degree of distinctive character required by Article 7(1)(b) of the EUTMR.

Slogan registration is notoriously difficult to achieve, given the assessment of marks being laudatory or promotional in nature. This decision does show that if the mark can initiate a cognitive process in the minds of the relevant public, they can serve as indications of origin.

A few weeks ago, EUIPO's Cancellation Division rendered a decision in the Invalidation Action lodged by Nestlé against the EUTM registration for IMPOSSIBLE BURGER in connection with among others food products made from meat substitutes in class 29.

Nestlé argued that the mark IMPOSSIBLE BURGER is descriptive because it immediately informs a consumer about a characteristic of the products concerned, namely that the goods at issue are burgers that cannot possibly exist. It considered this to be a clear laudatory and promotional message. The mark IMPOSSIBLE BURGER consists of two common English words which will be understood by the majority of the European consumers. Moreover, the word IMPOSSIBLE may also be perceived as an expression of astonishment or admiration. For these (and other) reasons, Nestlé is of the view that the mark IMPOSSIBLE lacks distinctive character.

Also bearing in mind that the mark IMPOSSIBLE BURGER does not describe specific characteristics such as the quality (i.e. 'cheese burger' or 'lentil burger'), the Cancellation Division concluded that the contested mark is not descriptive and does not lack distinctive and therefore rejected the Invalidation Action.

Nestlé has filed an appeal against this decision. To be continued!

ARTICLE TAGS
UK Consumer Protection Consumer Law Food, Drugs, Healthcare, Life Sciences Food and Drugs Law Intellectual Property Trademark
POPULAR ARTICLES ON: Intellectual Property from UK
Due Diligence - Blood, Sweat And Tears Required?
Marks & Clerk
Over the last few months I have been following updates to the trial of Elizabeth Holmes in "The Drop Out" podcast.
Nike Enters The Metaverse
Marks & Clerk
This is a clear reflection of the intention of brand owners to monetise the metaverse via the sale of virtual goods.
New AI Consultation - UK Considering New Types Of IP Protection
Marks & Clerk
On 29 October 2021, the UK IPO launched a further consultation on IP Protection and AI.
How To Prove 'Passing Off'
Gowling WLG
'Passing off' does not have a statutory basis and doesn't need to be registered to be effective.
UK Government Launches Intellectual Property And Artificial Intelligence Consultation
Mathys & Squire
The UK Government officially launched its consultation on intellectual property (IP) and artificial intelligence (AI) on 29 October 2021, as part of the National AI Strategy (see our summary here)...
The Stormtroopers Strike Back In Attack Of The Copyright
Marks & Clerk
I was interested to read this article in the Times recently, as it is a cautionary tale of Copyright and other unregistered rights.
FREE News Alerts
Sign Up for our free News Alerts - All the latest articles on your chosen topics condensed into a free bi-weekly email.
Register For News Alerts
Article Tags
UK Consumer Protection Consumer Law Food, Drugs, Healthcare, Life Sciences Food and Drugs Law
Intellectual Property Trademark
More Tags
Related Articles
Lucky 13? Austrian Upper House Brings The Unitary Patent Closer J A Kemp LLP
How Much Are My Patents Worth? Marks & Clerk
AI Specific Hardware And Algorithms, The Hot New Couple In AI Marks & Clerk
Patents To Come Of Age For Nuclear Fission? Marks & Clerk
After Brexit: How Will My Trademarks Be Affected? aera
Mondaq Webinars
What Can Be Achieved in Luxembourg in Terms of Securing Assets in Pre-Trial, Pre-Enforcement Situations?
Bonn Steichen & Partners
Webinar Luxembourg Luxembourg
Hot Topics in Fund Finance [REPLAY]
Cadwalader, Wickersham & Taft LLP
Webinar New York United States
More Webinars
Comparative Guides
Anti-Corruption & Bribery
Artificial Intelligence
Banking Regulation
Blockchain
Cartels
More Guides
Mondaq Advice Centres
UK
Coming to and Investing in the UK
Global
Trademarks in SAARC Countries
More MACs