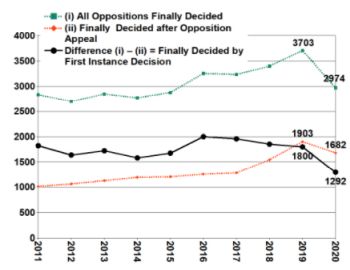 The number of opposition appeals settled each year is indicated in annual reports of the Boards of Appeal and the difference between this number and the total number of final decisions according to the "Bulletin Search" database could indicate a general level of first instance decisions that became final without appeals. This suggests that from 2011 to 2019 around 60% of first instance decisions became final without appeals and in 2020 about 55%. 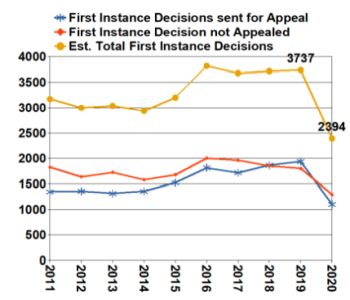 According to the "Bulletin Search" database, in 2020 just under 3000 opposition decisions became final, significantly fewer than in 2019. It seems clear that both first instance Opposition Divisions and the Boards of Appeal faced considerable difficulties as a result of the pandemic, such as difficulties in holding oral proceedings. In 2020, the final outcome "(i) patent revoked" was less common than the outcome "(ii) patent maintained in amended form" ("patent amended"), with "(iii) opposition rejected" even less common. Other possible outcomes (iv) e.g. opposition inadmissible or opposition proceedings terminated (for instance if the opposition is withdrawn) were relatively infrequent.

Together, "(i) patent revoked" and "(ii) patent maintained in amended form" ("patent amended") account for around 70% of final outcomes, fairly consistently from 2011 to 2019: in over two thirds of opposition proceedings the final outcome eliminates or restricts the opposed patent. Of course, each restriction resulting from amendment of a patent has to be assessed individually to judge how far it is of real benefit to the opponent, who would aim to guard against amendments which might narrow down but strengthen a patent in a way adverse to the opponent's interests.

A chart of how long it took to reach all opposition decisions which became final in 2020 has peaks from around 12 to around 36 months and peaks again later at around 84 months. The earlier peaks are taken to correspond to first instance decisions by EPO opposition divisions which became final with no appeal entered and the later peak to correspond to cases in which final decisions were made by Boards of Appeal.

The peaks from around 12 to 36 months are believed to be due mainly to a difference between "patent maintained in amended form" ("patent amended") decisions and decisions of "patent revoked" or "opposition rejected". After pronouncement of a decision "patent maintained in amended form", formal procedures must be completed for publication of the amended patent before the decision becomes final. These procedures take a number of months and the decision becomes final only as of the date of publication of the amended patent. In contrast, "patent revoked" and "opposition rejected" decisions become final as of the date they are pronounced. This is illustrated by the further charts.

The charts also suggest that around 55% of final decisions in 2020 became final without appeal. This may suggest that Opposition Divisions faced more difficulties in processing cases, due to the pandemic, than did Boards of Appeal.

The approx. 3200 patents opposed in 2020 belonged to around 1700 different patentees (it is difficult to state a definitive number since this depends on how related but legally distinct companies are counted, how joint patentees are counted and not least on how variations in naming of patentees are recognised and assessed). The 40 patentees that attracted the most oppositions are indicated in the first table below. These 40 patentees, about 2% of all patentees, accounted for about 22% of all patents opposed in 2020. 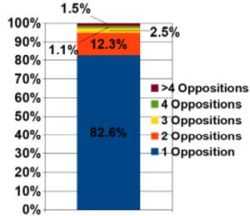 The table below lists the patents which received the most oppositions in 2020. Patents concerned with pharmaceuticals dominate the table. 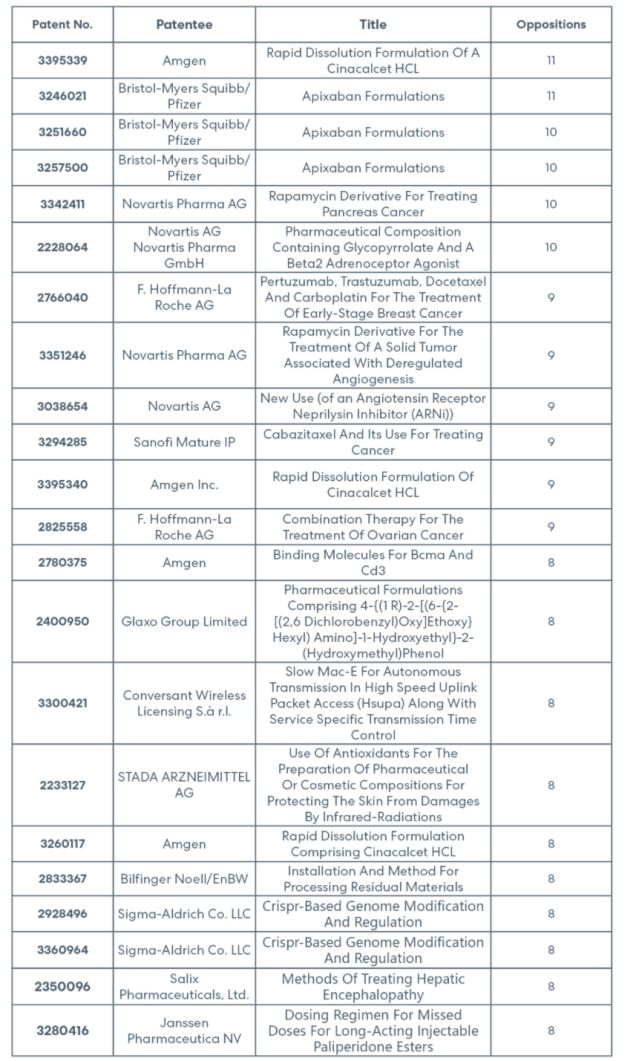 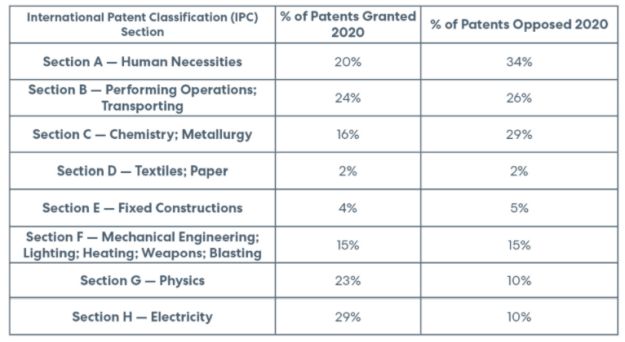 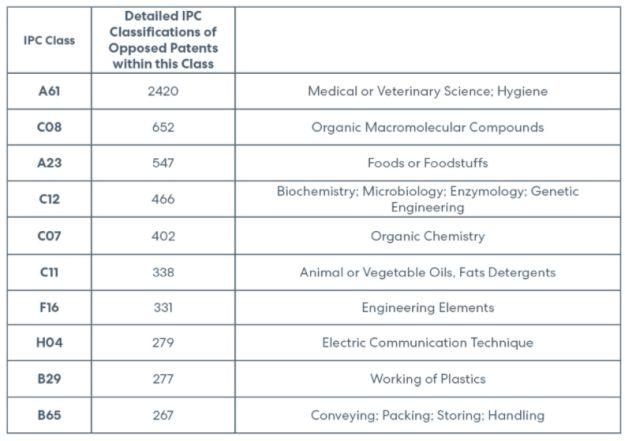