Based on the numbers of patents opposable and patents opposed it is evident that the rate of opposition has fallen significantly in recent years. 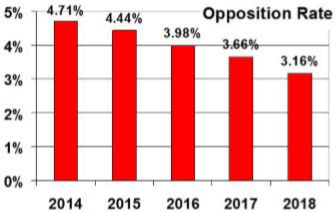 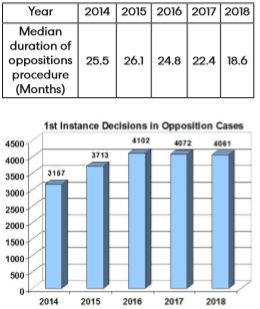 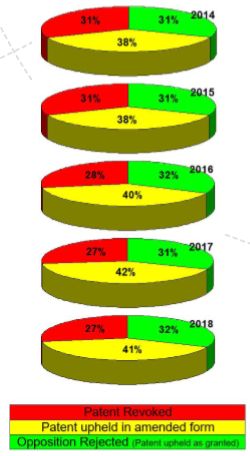 According to the EPO Annual Report & Statistics for 2018, and earlier reports, the median duration of first instance opposition procedures (months from expiry of the nine-month opposition term to the issue of the first instance decision) has fallen, particularly from 2016 to 2018. 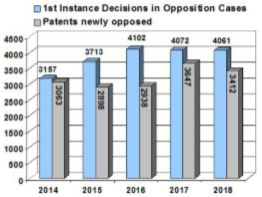 Around 4350 oppositions were filed against the 3400 patents opposed in 2018: on average each opposed patent was the subject of 1.27 oppositions. Two patents (EP2425821 & EP2425824, both entitled "Pharmaceutical preparation containing oxycodone and naloxone") received 11 oppositions each. Unusually, these patents have each more patentees (13, for different countries) than opponents. The first-named patentee, "Euro-Celtique SA" appears to be a patent holding agent for the other companies involved. 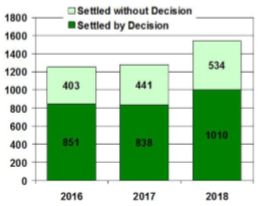 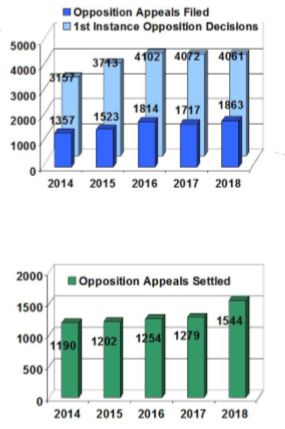