Turkey: Ads In Disguise: How To Comply With Regulations In Turkey

In today's digital world, brands, as well as individuals, use social media and internet effectively and actively. Users can follow up any content, news, article, and photo online and can share their comments through social media. In addition, more consumers now prefer online shopping and are interested in user comments. In response to these consumer behaviour trends, companies adopt new marketing strategies, by focusing on time spent online by consumers. While the traditional media loses its popularity and receive less investment, the advertisement on digital platforms are now seen as a rising star. In 2017, the total global amount of media investment rose by 4%, and 37% of this investment was made to the advertisement in digital platforms, and Turkey is not an exception to the changing trends: Indeed, in 2017, the share of the investments made on advertisement in digital platforms is 25.9% of the total media investment, and such share has been raised 19.7% compared to 2016 data1. The expansion of digital platforms is expected to continue in this manner in the upcoming years.

The increase of media investment in digital platforms is inevitable and comes as no surprise, as the media impact value of the influencers in social media is taken into account. Take, for example, Chiara Ferragni, who became famous with her blog "The Blonde Salad" and currently has 15.9 million followers on Instagram. In her wedding, Ferragni generated more than $5.2 million in audience-driven media impact value ("MIV") and 5.6 million globally engagement for Dior by wearing two of the brand's gowns and posting pictures. Her Prada rehearsal dinner dress racked up $1.8 million in MIV and 1.5 million interactions globally for Prada, and Lancôme, which she wore on her wedding day, benefited from a total of $700,000 in MIV and 1.3 million in engagement2. These figures prove that advertisement in digital platforms, especially in social media, has a great impact on the economic behaviour of the consumers. However, in some cases, advertisements in social media can be disguised, meaning that the consumer may not easily perceive the content as an advertisement.

Such situations raise the question of whether the advertising activities on digital platforms, especially in social media, should be strictly regulated by the consumer protection legislation. The risk of "misperception" applies to Turkey, as well. In fact, the companies in Turkey engage in all types of agreements with social media influencers as part of their advertising strategy. In accordance with these agreements, companies often send samples and products to the influencers. By using these products, influencers create the impression on consumers that they chose the product personally, used it voluntarily, and are highly satisfied with it. The consumer who has no information about the background relationship between the company and the influencer becomes convinced that the product is a "must-have."

Currently, the advertisement activities stated above are not specifically regulated in Turkey. Under the Turkish Law, an advertisement is defined as follows:

in the Consumer Protection Law no. 6502 ("CPL"). However, as described above, the consumer cannot estimate whether the advertisement is legal or even real, based upon the content.

Native advertising is a marketing practice that 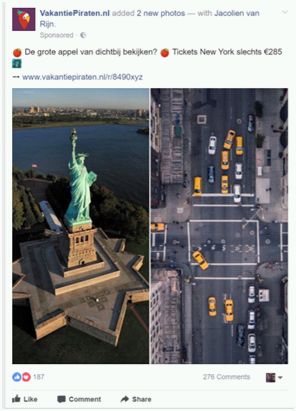 Influencer marketing, on the other hand, relies on promoting and selling products or services through influencers, persons who have a greater than average reach and impact through word of mouth in a relevant marketplace. The practice involves the creation and promotion of content that features specific brands or products, with the aim of tapping into the positive impact influencers are likely to have on consumer perceptions of what is being promoted4.

In all these types of disguised advertising methods, the consumer needs to be aware of the fact that the content is sponsored, which, unfortunately, is not the situation in Turkey and many other countries for most of the time.

In addition to the laws and regulations, the Federal Trade Commission ("Commission") in United States of America has already taken an action against such misleading advertisement tactics, and further, prepared a detailed guideline5&#xa0;on general principles that the Commission will use in evaluating endorsements and testimonials, together with examples illustrating the application of those principles. The highlights of the guideline include the requirements of full honesty of the endorser, and liability of the endorsers for false or unsubstantiated statements made through endorsements, or for failing to fully disclose material connections between themselves and their endorsers.

The first issue attracted the governmental authorities' attention was influencers' economic activities and advertising revenues. Indeed, first in March 2018, the Revenue Administration has published an official opinion on taxation of the payments to the persons for the advertisement posts on social media platforms. The notification clearly stated that:

In April 2018, former Minister of Treasury and Finance has confirmed this issue by stating that Turkish tax legislation is clear, and regardless of the medium (internet or not), all persons, including social media influencers, generating an income from trade should pay the corresponding taxes. However, the same awareness is not observed in the consumer protection legislation, and no specific guidelines or opinions are yet published with respect to the content of the advertorial posts on social media.

Consequently, advertisement in digital media, especially disguised advertisement, has an enormous impact on the consumers' economic decisions. Therefore, if an area with such great effect is not regulated and guided clearly, the consumers may be misled, and the fair competition between the companies in the Turkish market may get damaged. Even though the legal frame is available for preventing such hostile advertisement techniques and make it compulsory to disclose all relationship between the advertiser and the endorser, Turkey still needs a guideline and stricter inspections.