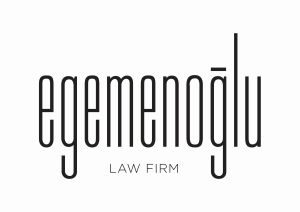 In Turkish Enforcement Law, injunction request is a temporary confiscation of the debtor's property in advance by a court decision to guarantee that the creditor will receive money on time. (B.Kuru, İcra ve İflas Hukuku, C.3, S.2495-İcra ve İflas Hukuku El Kitabı, S.1033) In another words, injunction is a temporary legal protection that allows the debtor's assets to be confiscated by court order to secure the outcome of an existing or future pursuit of money receivables. (Muhammet Özekes,İcra İflas Hukukunda ihtiyati haciz, P.12) The terms of the injunction additional order to be issued by the court are Enforcement and Bankruptcy Act 257 in the article are arranged.

Article 257 - The creditor of a money debt that has not been pledged and has matured may have the debtor's movable and immovable properties and her receivables and other rights in the hands of a third party cautiously seized.

Due to overdue debt, an injunction may be requested only in the following cases:

1- If the debtor does not have a specific settlement;

2- If the debtor prepares to hide his assets or escape himself in order to get rid of his debts, or if he runs away or commits fraudulent transactions that violate the rights of the creditor for this purpose;

Thus, if an injunction is placed, the debt falls due only on the debtor.

The conditions of the injunction order in accordance with Article 257 of the enforcement and bankruptcy law :

a) Conditions regarding the creditor

The High Court stated that it was necessary and sufficient for the bond to be due in order for the bearer to seek an injunction against the drawer who issued the bond and the aval giver in his favor, and that there was no need to be a protest. (Supreme Court 11th Civil Chamber, 15292/14571, dated 10.07.2013; 14930/223, 17.01.2011) In order to request a precautionary attachment decision from the court based on the bills of exchange, the original bill, if the bill is lost, the annulment decision taken from the court must be submitted to the court. The court is required to examine personally whether the claimants have the title of creditor and make a decision.

Foreign creditors may request the injunction.

b) Conditions for receivables;

The word pledge in this article should be interpreted by considering article 23 of the Enforcement and Bankruptcy Law. For this reason, the term pledge in Enforcement and Bankruptcy Law 257/1 covers movable and immovable pledges and other rights covered by this term in accordance with the same article. In this case, if the creditor has the right of imprisonment on the property of the debtor, since this right is considered a right of pledge, he cannot request for injunction on the debtor.

In cases where there is no obligation to pursue by first converting the pledge into money, the creditor may request the injunction on the debtor. For example;

As a rule, the injunction may be requested for overdue receivables. There are exceptions to this rule:

Maturity of the debt refers to the moment when the debt can be requested, that is, it can be performed. Since a certain maturity is stipulated in bonds, which are generally subject to the injunction request, it is sufficient for the court to check whether the bond is due or not. If no maturity is set for the debt, then the creditor's notice is required. Due records on the bills stating that "if this bill is not paid on time, it will become due in the next bills" is invalid. Therefore, no the injunction decision should be made on undue bonds. If the parties have decided in a separate contract between them that one of the issued bills is not paid, the others will be due as well, in our opinion, the injunction decision may be requested for undue bills in accordance with this contract.

The injunction on debt that is due is a separate way. However, in some cases, the injunction may be requested for an outstanding debt:

It should be understood that the borrower does not have a specific settlement, not in the sense that there is no settlement, but as a frequent change of settlement and not a fixed settlement. The debtor is located in a foreign country, a particular place undue placement for a settlement of the debt that is put forth that certain lien shall not be required in Turkey.

a) Hiding its goods,

b) Preparing to smuggle their property,

In the Injunction Decision Based on the Invoice;

In the Injunction Decision Based on the Invoice; In our opinion, the acceptance of the injunction request should be made in accordance with the approximate proof rule regarding the existence and due date of the receivables for the invoices (or the conditions in the article 257/2 of İİK.). The decisions of the high court on this issue are contradictory.

- ".. The court should decide on the rejection of the request for the injunction, taking into account that the invoice is not suitable for proving the existence of a pending receivable alone, and that the party requesting foreclosure does not present any other evidence that will make an opinion about the existence of the receivable .." (Supreme Court 19. HD. 23.01.2014 T. M: 2013/18723, K: 1804)

- ".. According to the statement of the debtor employee, it is understood that the debtor has attempted to kidnap property, the invoices, delivery notes, the notifications regarding the debtor's evacuation of his official address and the lien minutes are taken into consideration, there are conditions for giving a precautionary attachment decision for the undue debt ..." (Supreme Court 19. HD. 25.03.2014 T. 1917/5739

- ".. Since the checks and invoices submitted in the request for precautionary attachment do not show that the debtor of the debtor of the receivable subject to assignment is indebted, and a signed document indicating that this company is indebted has not been submitted, the request for precautionary attachment should be rejected." (Supreme Court 19 HD. 07.01.2014 T. 18170/660)