We wish that the Monthly Bulletins December 2018 prepared by Gürpınar Law Firm will be beneficial to you. 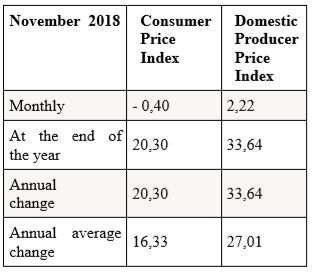 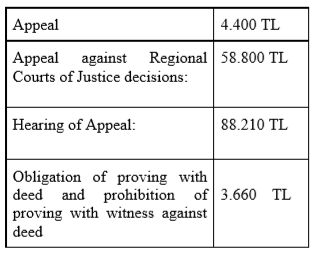 The Law Law on the Procedure for Initiating Execution Proceedings of Money Receivables Arising from Subscription Agreements has been published in the Official Gazette No. 30630 of 19.12.2018. This law encompasses the execution proceedings related to the contracts of the subscriptions signed in the relevant legislation and the receivables from the goods or services which are reflected in the invoice and the money pursued by the lawyer. The regulation also includes provisions relating to concordat, trade receivables and compensation. Briefly summarizing articles of the law;

" Enforcement Proceedings Provisions Regarding Subscription Contract Receivables (To enter into force on 01.06.2019)

According to Article 3 of the Law, Central Enforcement System will be established within the National Judicial Network Informatics System, in order to ensure that the enforcement procedures are carried out electronically. With this system, execution proceedings will be initiated and executed electronically. The lawyer of the creditor will complete the form in the Central Enforcement System to commence execution proceedings.

After the execution proceeding to be saved in the system, order of payment will be held. The Post and Telegraph Organization (PTT), which receives the payment order through the system, will take the print order of the payment and the closed envelope of the notification and give notice it to the debtor in accordance with the provisions of the Notification Law.

We wish that the Monthly Bulletins December 2018 prepared by Gürpınar Law Firm will be beneficial to you.

The debtor may contest to the payment order within seven days from the notification of the payment order by applying to any enforcement office or by using the electronic signature through the Central execution system.

With the clause added to article 8/a of the Execution and Bankruptcy Act, The creditor will question debtor's goods, rights or credits by paying 50 cents to the information of file phases via information systems integrated with this system via the National Judicial Network Informatics System. (It will come into force on 01.01.2019.)

With the clause added to Article 78 of the Law on Execution and Bankruptcy, the creditor may investigate whether the debtor has property, right or receivable through the National Judicial Network Informatics System without requesting foreclosure.

If the debtor's property, rights or receivables are identified, a foreclosure may be requested from the National Judicial Network Informatics System. (Entered into force on the date of publication.)

In the subparagraph (e) of the first paragraph of Article 286 of the Execution and Bankruptcy Law, the financial analysis report, which is one of the documents to be added by the debtor to the concordat request, has been changed to "assurance audit report." (Entered into force on the date of publication.)

The provisions of the Decree Law No.660 will apply to the activities of the auditing institutions preparing the audit report and to the rights and obligations of these institutions. (Entered into force on the date of publication.)

According to the article added to the Commercial code, to come after article 5, in commercial cases which are subject to the payment of a certain amount of money and compensation claims, application to the mediator before file a case has become a cause of action. This requirement, it will not be applied to the courts of first instance and to the courts of the regional courts and to the Supreme Court starting from the date of entry into force of the law.

The mediator will be determined by the bar association from the list announced to the commission chairmanship. However, if the parties agree on any mediator in the list, this mediator may be appointed.

Summary: The case concerned the invalidity of the termination and the request for return to work.

The local court decided to accept the case. The defendant's lawyer filed an appeal against the decision of the Court of First Instance. However, the 26th Civil Chamber of the Regional Court of Justice rejected the request of appeal of the defendant lawyer on the merits. The decision of the 26th Legal Chamber of the Regional Court of Justice was appealed and brought to the Supreme court by the defendant's lawyer within the time-limit.

In decision of the Civil Department no.9 of the Supreme Court, it is stated that, if the contract is terminated based on the worker's behavior, it is necessary that the worker breach the employment contract. First of all, it is necessary to determine which contractual obligation is to determine which behavior of employee's breach the concrete contractual obligation. It was emphasized that the breach of the labor contract by the employee should be checked whether the behaviour was sufficiently severe to give employer the right of annulment. Then, it was stated that it could be determined whether the worker could avoid a concrete violation of his obligation if he wanted to, and that the operational interests of the employer should be damaged because of the violation of the contractual contract.

In the case, the Civil Department no.9 of the Supreme Court stated that the plaintiff caused the growth of a simple dispute which the worker could solve without being in a fight, and accepted that responded in the same way because of the profanity. The termination of the employment contract is not sufficiently justified due to the blasphemy made by the customer. However, this controversy led to negativity in the workplace. The case was supposed to be rejected but it was accepted. Also, the local court overturned its decision.

In principle decision dated 16.10.2018, the commission concerned to prevent the direction of the advertising notifications/calls by data principals and data processors to e-mail addresses or mobile phones of the related people by SMS or call.

Without receiving the consent of the people concerned or without providing the processing conditions stipulated in article 5, paragraph 2 of the Law, it is emphasized that the data officers who forward messages to mobile phones, make calls or send emails and data processors who use the personal data without consent to send/receive e-mail or messages or make calls on behalf of the data controller must immediately stop their actions according to article 15/7.

It was emphasized that the data responsible for the activities that violate these obligations will be established within the framework of the provisions of Article 18 of the Law and taking into consideration the fact that the personal data processed in this way may have been obtained unlawfully, within the framework of the article 136 of the Law No. 5237, headed as "Giving or Capturing Data Unlawfully", a notification will be made to the will be notified to the Chief Public Prosecutor's Office for the establishment of the necessary legal procedures regarding the relevant data officers.

The Regulation on Tradesmen and Craftsmen Registry, published in the Official Gazette no. 25938 dated 16 September 2005, was abolished. New regulation was published in the Official Gazette No. 30625 dated 14 December 2018. With the new regulation, it is provided to keep the records of merchants and craftsmen registry exact and accurate and the procedures and principles regarding the operation, supervision and surveillance of the registry offices were revised. With the New Regulation on Tradesmen and Craftsmen Registry, it is accepted to keep the registry of the merchants and craftsmen in the electronic database ESBIS (the database of the Ministry of Commerce for e-tradesman and craftmen). In the event that the merchants and craftsmen registered to the registry, the validity period of the approval of the approved registry given to the related person has been reduced from five to six months.

With the amendment in Istanbul Zoning Regulation published in the Official Gazette dated 7 December 2018, it has been obligatory to have an elevator place in buildings with a total of 3 floors, and an elevator in buildings with 4 and more floors, with the exception of single independent section residences.