Legal structure of the electricity market

One of the main purposes of the 6446 numbered Electricity Market Act (EMA) is to create a competitive electricity market considering that the historical development of the electricity market in the country has started from the public monopoly to the liberal market. EMA defines sub-markets of the electricity market as the production, distribution, transmission, wholesale, retail-sale, import and export facilities. Even though, the transmission and distribution markets of electricity are inherently considered as natural monopolies1, and so far, these markets will be operated under the regulations of an independent regulator which is, in our case, the Energy Market Regulatory Authority (EMRA), the others have the potential to be competitive. Consequently, the electricity supply market is in a transition period from a state owned vertical-integrated structure to a competitive one2. 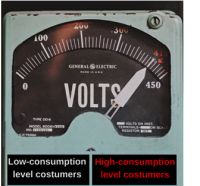 EMA mainly categorized the electricity customers into two categories with respect to their consumption levels and authorized the Energy Market Regulatory Board (Board) to determine the limit in yearly basis which is called "free consumer limit" and for the 2018 the free consumer limit had been decided as 2000 kWh3.

On the other hand, EMA also defines another consumer group as the "free customers" who do not actively use their right to sign bilateral energy purchase contracts, and this sale transaction of electricity is called "supply of last resort". Moreover, the Electricity Market Tariff Regulation (EMTR) defines two different group of the last resort consumers such as low-consumption level consumers and high-consumption level consumers, and the limit would be determined by the Board. Even though the effective date of the regulation was 2015, the board could not use its authority until the first days of 2018. By the promulgation of the Communique Regarding the Regulation of The Last Resort Supply Tariffs (Communique), which was published in the Official Gazette number 30307 on 20 January 2018, the Board regulates the issue for the very first time because of restriction of the former provisional Art. 2 of EMTR which delayed the usage of authority until the end of cross subsidy application in the Electricity Market.

EMRA disclosed its board's decision regarding the tariffs which will be effective for a three-months period4. When we examine these tariff decisions, it can be observed that consumers are divided into two main categories according to their connection point to the network. First group is the consumers who have transmission system connections while they are purchasing electricity from the incumbent supply companies. Additionally, the only difference between their tariffs and the tariffs of the industry users (in the second group) is that the former is excluded from the distribution cost which is approximately 1.4 cent per kWh. The second group of consumers are the consumers whose connection to the network system is from the distribution system. The second group is divided into five main categories under the Rules and Procedures of the Tariffs. These groups are mainly categorized according to usage of electricity. These are; industry users, commercial users, household, agricultural irrigation and lighting. It should be addressed that most of the consumers in the above-mentioned groups also fit in the free consumer category. Then we may infer that in order to create a competitive market, the margin between the regulated price and the market price is the touchstone.

However, since the gap between the regulated price and the market price became smaller, the independent retail companies had to confront so many difficulties last year.

The calculation formula of the price of the electricity for high-consumption level consumers, regulated under Art. 4/5 of the communique. Accordingly, the price will reflect the costs plus a constant profit margin that is 12.8 percent for now.  However, with the enforcement of the Communique, many question may arise from the consumer side regarding the calculation of total consumption.

After the assessment of the communique, we can reach the following outcome. So, the fundamental calculation principles of consumption are listed below:

The effects of the new regime

For the very first time, the Board used its authority to determine a limit in order to separate last resort consumers as high and low- consumption level consumers, and the regulation implicitly raises the costs of high- consumption level consumers. To be frank, it is a fact that the price of the electricity has been under extremely high pressure considering that the recent increases both in the exchange rates and in the input costs. In order to create a competitive energy market, the price of the electricity should reflect the actual costs. So, any change in the last resorts tariffs which serves the mentioned market principle, should be reacted positively. On the other hand, inferring from the assessments of the above-mentioned calculation principles, the Communique probably will change the contractual structure of the market. In other words, the consumers probably will prefer to sign new-separate contracts for each measurement points in order to move around the consumption limit.

We all have been aware of the pricing problem in the electricity supply market since the margin between the market clearing price and the regulated price has become tightened, which created a compelling market for the independent supply companies.  The communique shows that intervention of the regulator agency may solve the pricing problem, and it also shows the critical role of EMRA in the market. The consequences of the intervention will probably be the reconstruction of the contractual structure of the market.