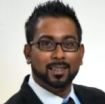 Succession process is triggered by the death of the person. In a nutshell, it is the legal process by which heirs are designated (by law or will as the case may be) and the property composed of rights and obligations of the deceased is shared amongst them. A succession can come in two forms, namely (1) Succession ab intestato (succession to the property of a person dying intestate/without a will) or legal succession; and (2) Succession by will or testament. It is to be noted that if the succession is governed by Mauritian law, there are some mandatory provisions on the determination of the heirs and their share in the property of the deceased which cannot be excluded even by a will.

Where there is a no will, the shares cannot be validly transferred to his heirs until the requisite procedures are undertaken in the law of domicile to designate the heirs and tackle the other issues related to the of succession ab intestato such as the sharing of property amongst the heirs. In some countries, provisions exist for the grant of letters of administration or affidavit of succession. Once these procedures are completed, provided there is a legal/court document confirming the heirs of the deceased, accompanied by a legal opinion by a lawyer of the country, the company will be able to do the requisite to transfer the shares to the heirs including advising the Registrar of Companies.

In both scenarios, the process of succession may be lengthy, costly and complicated and becomes a real burden on the heirs. This is where the MAST, as introduced by AXIS, comes as an effective solution. The MAST is a Trust established under the laws of Mauritius (the Trust Act 2001) and is a Trust which is specifically set-up to hold the shares of the company for the benefit  of the individual and his heirs/family. MAST, which is very easy, quick and cheap to set up and maintain, will effectively become the shareholder of the company and its most interesting aspect is that it can give the complete freedom to the settlor (the former shareholder) to deal with the shares as if he was a shareholder in his own name.

MAST will also cater for the names of beneficiaries (the shareholder can appoint his heirs) and in the event of demise, there is no impact on the structure, as the MAST will remain the shareholder of company for the benefit of the beneficiaries. Thus, the succession issue is successfully tackled without any burdens (as mentioned above) on the heirs and it avoids the cumbersome legalization, registration and cross-border enforcement formalities associated with either a foreign will or in a case there is no will. In the same way as MAST may be used to hold shares in Mauritius Companies, it may also be used to hold business interest in companies worldwide outside of the domicile of the client.

Covid-19 has taught us lessons that things can change dramatically without the least expectation. Just like the struggle in the fight against this pandemic, it is imperative to plan ahead for the protection of your business. A MAST can certainly become your mask of protection and help you protect your companies by having an effective succession planning without undue burden on your heirs.