by Celia Becker
ENSafrica
Your LinkedIn Connections
with the authors

The first phase of the Djibouti International Free Trade Zone ("DIFTZ"), expected to be the largest free trade zone in Africa, was launched on 5 July 2018. The DIFTZ will house a variety of manufacturing plants and offer investors various incentives, including tax exemptions. 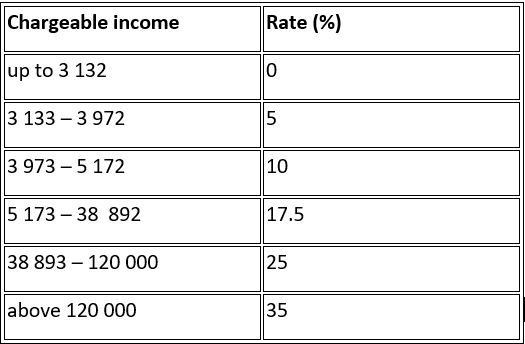 GHANA: Automatic exchange of information to commence in September 2019

Pursuant to the enactment of the Standard for Automatic Exchange of Financial Accounting Information Act, 2018 (Act 967) which, among other things, requires reporting financial institutions to collect and submit information to the GRA, the Minister of Finance, on 25 July 2018, announced that Ghana intends to commence the automatic exchange of information with effect from September 2019.

The Mauritius Revenue Authority ("MRA"), on 26 July 2018, issued a communiqué announcing that the due date for the transmission of information required under the Common Reporting Standard ("CRS") to the MRA has been extended from 31 July to 31 August 2018.

On 31 July 2018, the MRA announced that the due date for reporting Foreign Account Tax Compliance Act ("FATCA") information to the MRA for exchange with the US Internal Revenue Service has also been extended from 31 July to 31 August 2018.

MAURITIUS: Protocol to treaty with United Kingdom entered into force

The amending protocol to the Mauritius-United Kingdom Income Tax Treaty, signed on 28 February 2018, entered into force on 13 July 2018 and generally applies from 28 February 2018.

The Nigerian federal government, on 12 July 2018, reconstituted the Tax Appeal Tribunals ("TATs") in the six geo-political zones as well as in Lagos and Abuja in accordance with the Federal Inland Revenue Service Establishment Act, Cap. F36, LFN, 2004. The TATs, empowered to adjudicate over disputes arising from the operation of federal tax laws and regulations in Nigeria, should assist in clearing the backlog of pending tax cases that had been filed during the period the TATs were in recess.

Every TAT is made up of a chair and four commissioners who are experts in taxation, management and trade and will serve a term of three years from the date of appointment.

These guidelines appear to replicate the Organization for Economic Cooperation and Development's ("OECD's") guidance on the implementation of CbC Reporting: BEPS Action 13 (2018) and direct taxpayers to rely on the OECD's CbCR implementation guidance for any clarification or explanation not contained in the guidelines.

The FIRS also published the CbCR Notification Form, which is to be completed and submitted annually by multinational enterprise group entities in Nigeria that are obligated to file CbC reports.

On 25 July 2018, the Seychelles Revenue Commission announced the postponement of the deadline for the submission of CRS data by financial institutions from 30 June 2018 to 31 July 2018.

The Supplementary Finance Act, 2018 was passed by parliament on 12 July 2018. Significant amendments include changes to import duty rates, excise duty rates, the forestry levy as well as fisheries fees and royalties.

The Tanzania Revenue Authority ("TRA"), on 11 July 2018, announced the implementation of a tax amnesty scheme ("TAS"), as provided for by the Finance Act, 2018. The TAS provides a waiver of all interest and penalties due on such liabilities, provided the taxpayer submits a written undertaking to voluntarily settle the principal amount due at the latest by 30 June 2019. Controversially, the amnesty does not extend to the principal amount of tax due and taxpayers first need to acknowledge a tax debt before being able to qualify for amnesty in respect of penalties and interest on such amount.

Payments by instalments are permitted under the TAS, provided the payments are made within the 2018/19 financial year and no later than 30 June 2019.

The TAS covers all taxes collectible by the TRA except customs and excise duties and other revenues that the TRA is mandated by law to collect on behalf of local governments, agencies and other government departments, such as gaming taxes, property taxes, etc.

In order to give effect to the amnesty scheme, the Minister of Finance issued the Tax Administration (Remission of Interest and Penalty) Order, 2018 on the same day.

However, the system does not cater for taxpayers not registered with the TRA and, accordingly, non-residents not registered in Tanzania will have to apply to the TRA for a "paper certificate".