The great success of Ralph Lauren trademark began in 1967, when its founder decided to open a tie company and follow his American dream. Shortly after, man clothes were conceived, and four years later, the first mixed shop appears.

The "Polo" trademark, oriented for a man segment, has won a costly victory in the South Africa's Supreme Court of Appeal and will continue to benefit from the protection of its trademarks registered more than 45 years ago in this territory.

Although the rights were maintained, it is possible that South Africans may be buying the wrong version of the "Polo" trademark sold in their country. According to three Court judges present in the case, the relevant public could easily be misled and, deceptively buy the brand that does not belong to Ralph Lauren House. 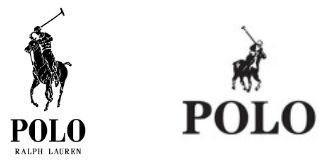 The fact is that both brands use remarkably similar signs, distinguished only by the horse position. In Ralph Lauren's case it faces to the left, while in the company's Polo South Africa's, the horse faces the right.

However, a minority of two judges agreed with a previous decision by the Supreme Court, stating that the misleading between both trademarks is a reason why the South African trademark should be revoked.

Polo South Africa's owner, LA Brands, has appealed to the Supreme Court of Appeal to reverse this High Court decision, in what has proved to be an uphill struggle.

In May 2018, the LA group claimed that its national trademark "POLO SPORTS" was being infringed by the United States Polo Association, the US organization responsible for the sport, which sells clothing, but these products are only a "part of the sport".

Faced with these accusations, the representative of the South African Sports Association, Stable Brands, did not give up and started a battle to cancel the trademarks registered by Ralph Lauren that would be infringed.

This dispute has brought the relationship between Polo South Africa company and Ralph Lauren into the spotlight.

Under an agreement established between both applicants in the 1980s, the Ralph Lauren company would only be allowed to sell cosmetics and perfumes under the "POLO" trademark in South Africa, and would therefore not be in conflict with the national trademark, which designated clothing, although their signs were quite similar.

However, very little is known about this agreement, according to the Supreme Court of Appeal, despite 2.064 pages of court records. "What we do know is that because of the political climate in this country, as an American company, Ralph Lauren would have been under a number of financial, political and legislative constraints that precluded expansion into South Africa."

The two minority judges were also not impressed by the extent of claims perpetrated by the trademarks registered by the LA Brands during the court hearings, saying that its allegation requested, in short, a monopoly on a concept, namely "polo sport", which would be contrary to the industrial property law.

However, a majority of three judges stated that the High Court committed several mistakes when decided to cancel 46 trademarks, the oldest one registered in 1976, including when it considered the word "polo" in its broadest sense. Despite that, by analyzing the case in more detail, the word can refer to a sport or to a type of clothing and, for this reason, the way LA Brands company uses the "Polo South Africa" trademark allows it to be distinctive enough to be a valid trademark.

In that sense, the dispute between both companies will most likely remain in the South African territory, as well as eventually in the Court in new trademark registration cases.

ARTICLE TAGS
South Africa Intellectual Property Trademark
POPULAR ARTICLES ON: Intellectual Property from South Africa
Types Of Trademarks: All You Need To Know
Abou Naja
As industries race to gain a legal monopoly on their unique innovations through marks registration, we are inundated with an ever-increasing number of products with
Requirements And Procedure For Registration Of Trademarks In Nigeria
Pavestones Legal
Over the years, trademarks have gained prominence around the world as one of the most important intangible assets of any business. Trademarks play a crucial role in branding as they provide businesses and their products with a unique identity.
Intellectual Property In Nigeria: A Summary Of Protectable Rights In Nigeria
Olisa Agbakoba Legal (OAL)
Generally, Intellectual Property ("IP") covers products of intellectual creations. However, it can also mean a generic term that describes creations of the intellect concerning which the law ascribes the...
حقوق فناني الأداء في قانون الملكية الفكرية
Andersen in Egypt
.أصبحت حماية الملكية الفكرية، في السنوات الأخيرة، مجال اهتمام متزايد في المجال الق
Easier Formality Of Documents Related To Patents And Industrial Designs
United Trademark & Patent Services
The Ministry of Economy issued a circular email on September 13, 2022, announcing the new legalization requirements for the powers of attorney (PoA) related to patents and industrial designs.
Copyright And The Protection Of Creatives
Inventa
This article serves the purpose of educating creatives on the importance of copyright laws in Nigeria. It also provides insight into the major aspects of copyrights, its protection...
FREE News Alerts
Sign Up for our free News Alerts - All the latest articles on your chosen topics condensed into a free bi-weekly email.
Register For News Alerts
Article Tags
South Africa Intellectual Property Trademark
Similar Articles
Powered by mondaq AI
MATCH
74%
Playing Trademark Hardball: Supreme Court Of Appeal Decision In POLO Dispute Dennemeyer Group
57%
Protecting Intellectual Property Rights In South Africa: Why Are Trademarks So Important? Sidebrief Inc.
53%
Attachment Of Trademarks Registered In South Africa By A Foreign Entity To Found Jurisdiction In South Africa Adams & Adams
52%
The Fundamentals Of Registering Your Business With The CIPC In South Africa Sidebrief Inc.
51%
Manolo Blahnik Prevails: The Shoe Has Dropped In China! Barnard Inc.
Related Articles
Confusing Similarity – Little More Than A Crapshoot? ENSafrica
The Soul Souvlaki Judgment - Another Case With Soul ENSafrica
Hendler, Hart… And Perhaps A Bit Of Heller ENSafrica
Patent Infringement: The Pith And The Marrow ENSafrica
Preventing Genericide: Saving Your Trade Mark From Falling Prey To The Public Domain Adams & Adams
Mondaq Webinars
Global Offshore Fintech Focus on Crypto: Laws, Regulations and Trends [REPLAY]
Carey Olsen
A Comparative Approach to Professional Secrecy and Attorney-Client Privilege in Criminal Proceedings [REPLAY]
Monfrini Bitton Klein
More Webinars
Comparative Guides
Dominance
Labour and Employment
Private Equity
More Guides
Mondaq Advice Centres
Global
Trademarks in SAARC Countries
More MACs
Upcoming Events
Mondaq Social Media