In the latest IP judgment to be handed down in South Africa, the Supreme Court of Appeal has dismissed an appeal by Koni Multinational Brands against a court decision ruling that its Connie men's shower gel products are confusingly similar to those of Nivea.

The products and their devices are depicted below. 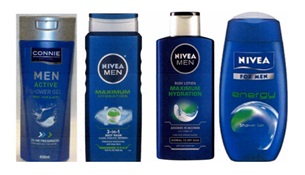 Beiersdorf AG, owner of the well-known Nivea brand since 1911, brought legal proceedings against Koni in relation to its Connie men's shower gel products. In 2019 the High Court ruled in favour of Beierdorf, interdicting Koni from competing unlawfully with Nivea by passing off its Connie's men shower gel products as those of Nivea. In particular, the court found that the Connie Men Active Shower Gel was too similar to that of its competitor.

The legal matter began in 2017 when Beiersdorf wrote to Koni protesting that "it was manufacturing and offering for sale the Connie Men shower gel with a get-up confusingly similar to the respondent's products".

Koni denied this statement and argued that the different names of the products were sufficient to distinguish them.

Beiersdorf obtained an interdict from the High Court in Johannesburg, which held that there was a potential for confusion between the two products on the following grounds:

The court ordered Koni to remove this get-up from all packaging, signage, printed material, websites and social media platforms under its control.

Koni appealed the judgment on the grounds that it was barred from lawfully competing with Beiersdorf. However, the majority of the appeal court found that the Connie Men Active Shower Gel was confusingly similar to Nivea's products and therefore maintained the decision.

The majority of the Supreme Court of Appeal held that Beiersdorf had established that its goods had acquired a particular reputation and that since 2010 its Nivea Men shower gel and body lotion range has led the market.

"Given the similarities between the appellant's and respondent's products, the inference is inescapable that the appellant's logo is an appropriation of the Nivea Men wave-label indicia on the same kind of product, so as to connect it to a known and established brand," the court held. It went on to state that consumers could not help but be deceived when attempting to purchase a Nivea product. This was confirmed by the majority of the judges.

However, the decision was not unanimous. One of the appeal judges did not agree with this view and believed that only a careless consumer would end up purchasing Koni shower gel rather than Nivea. Further, the judge believed that the Connie men's range was merely an extension of the already popular women's range.

Nevertheless, Koni must now remove the disputed products from all stores, including signage, printed material, websites and social media platforms.

ARTICLE TAGS
South Africa Consumer Protection Consumer Law Intellectual Property Trademark
POPULAR ARTICLES ON: Intellectual Property from South Africa
Types Of Trademarks: All You Need To Know
Abou Naja
As industries race to gain a legal monopoly on their unique innovations through marks registration, we are inundated with an ever-increasing number of products with
A Critique Of The Jurisdiction Of The Federal High Court In Nigeria To Entertain Intellectual Property Matters
S.P.A. Ajibade & Co.
The significance of the mental ingenuity and physical exertion expended in human creativity is one of the major reasons why intellectual property rights holders may go to any length to enforce their rights against infringement and preserve ownership.
Intellectual Property In Nigeria: A Summary Of Protectable Rights In Nigeria
Olisa Agbakoba Legal (OAL)
Generally, Intellectual Property ("IP") covers products of intellectual creations. However, it can also mean a generic term that describes creations of the intellect concerning which the law ascribes the...
Overview Of Copyright Law And Copyright Registration In Nigeria
Resolution Law Firm
The Copyright Act LFN 2004 is the principal law that governs, protects copyrights in Nigeria, while the regulatory agency that supervises copyright registration in Nigeria is the Nigerian Copyright Commission (NCC).
What Musicians Should Know About Copyright Law In Nigeria
Famsville Solicitors
Copyright is a legal term used to describe the rights that creatives have over their literary, musical or artistic works. It is a type of intellectual property that confers exclusive right on the ...
Increase In Official Publication Fees
Adams & Adams
The Ethiopian Press Agency announced a sharp increase in publication fees in response to declining economic conditions in the country.
FREE News Alerts
Sign Up for our free News Alerts - All the latest articles on your chosen topics condensed into a free bi-weekly email.
Register For News Alerts
Article Tags
South Africa Consumer Protection Consumer Law Intellectual Property Trademark
Related Articles
Bangui Agreement: A Summary Of The Essential Changes Inventa
Donald Trump: Still Managing To Keep IP In The Headlines ENSafrica
Brand Finance: Lessons To Be Learned ENSafrica
5 Simple Steps To Starting A Business In South Africa Schoemanlaw Inc.
"Like Something Out Of Star Wars" – Teenager Invents Mind-controlled Prosthetic Arm Barnard Inc Attorneys
Mondaq Webinars
German State Aid – Will Mass Insolvency Be Next?
RIMON FALKENFORT Partnerschaft von Rechtsanwalten & Steuerberatern mbB
Webinar Frankfurt am Main Germany
Maltese and Global Shipping Tax Perspectives
KPMG Malta
Webinar Pieta Malta
More Webinars
Comparative Guides
Dominance
Labour and Employment
Private Equity
More Guides
Mondaq Advice Centres
Global
Trademarks in SAARC Countries
More MACs