The global Covid-19 pandemic could not have come at a worse time for the African travel and tourism industry. In the decade preceding 2020, the continent experienced some of the best industry growth rates in the world. Africa's diplomatic relationship with China was particularly useful in this regard as it allowed for a streamlined visa process for one of the largest emerging tourism markets in the world. After the pandemic ground international travel to a halt, the market now faces a prolonged period of uncertainty, but there are some glimmers of hope. Governments have been quick to recognise the value of the industry and extend a bailout package for struggling enterprises. This has ensured that the industry is likely to carry on functioning in some form until late 2021 when a general relaxation of travel restrictions possibly ensues. In the meantime, the travel and tourism sector is poised to explore other avenues of growth, including digitisation and the enhancement of more niche service offerings including advisory.

1. Developments and Innovations: A golden decade past, an innovative one to come

Travel boom years see Africa benefit most of all

The past decade has been one of the greatest yet for the global travel and tourism industry. By late 2019 the sector had accrued an annual average of no less than 1.5 billion people globally. Not unlike other industries, the growth spurt over these 10 years wasn't a product of established markets, but instead a sign of the developing world coming into its own. Nowhere was this truer than in China, which alone recorded 180 million outgoing tourists in 2019, up from 57 million in 2010. This growth in Chinese outbound travel has reflected in African destinations like Kenya, which saw Chinese tourism more than double between 2010 and 2019, from 40 000 to 84 000 visitors annually. While steep growth in the travel and tourism industry was evident across the world, Africa's contribution grew at 8.9% annually compared to the global average of 7%. Mainstay destinations like Kenya, Mauritius, Morocco and South Africa, all enjoyed increased traffic brought about by cheaper air travel and the expansion in both luxury and budget accommodation. Nigeria's largest city, Lagos, though not traditionally known as a tourist hub was the world's fastest growing Airbnb market over the past two years. Niche industries like business and medical tourism proved equally popular, with South Africa, for example, growing to accommodate roughly 1 million business delegates annually and maintaining its reputation as an attractive destination for cheap and effective medical care. Bar the past year, local airline industry growth has also expected to be strong in the lead up to the 2020s, and reflecting in sizable investment in sub-regions like East Africa with the expectation that it become a key global transport hub.

Covid-19 ushers in new challenges to the sector

Few could have foreseen the impact of the Covid-19 pandemic at the start of 2020. Between April and July 2020, the global tourism business ground to an effective halt. International air travel declined by 80%, plunging airlines the world over, from Air Mauritius to Virgin Atlantic, into either bankruptcy or financial administration - by March stiff lockdowns had already cost African airlines US$4.4 billion. No travel naturally meant no tourism and by late 2020 the average hotel occupancy in Kenya and South Africa, the continent's busiest markets, stood at 24% and 20% respectively. Attractions that cater to wealthier tourists have been hardest hit, as older demographics are now the least likely to risk travel. Job losses have been harsh as could be expected. The Egyptian government has announced that it expects hundreds of thousands of jobs to have been lost, while the Kenyan government estimates that resulting unemployment is 2.5 million. Though big hotel chains and corporate franchises have been able to weather the storm, a large proportion of smaller businesses across the continent have not, and poorer communities who have grown to depend on the local travel and tourism sector now face a precarious future, joining some 200 million people globally whose jobs in the travel and tourism sector are now at risk.

Despite the grim outlook the industry has proven surprisingly resilient, and ongoing support from the government in several key markets has ensured that the sector will still be in a position to recover once semblance of normal travel returns. This has mostly come in the shape of bailouts to carry the industry through the unforeseen stop in revenue it encountered at the beginning of 2020. Some governments have included tourism under a broad swathe of industries in need of financial support, as in the case of Morocco. Others, like Kenya and South Africa, have deliberately established tourism-specific support funds to the tune of US$60.7 million and US$13 million, respectively. A further encouraging sign is that these moves are not merely initiatives taken by local governments, but part of a greater and more cohesive strategy at the regional level to safeguard the gains the continent has made in what it now considers to be one of its most valuable industries. The African Union's transport committee has encouraged union members to step in and support local airlines, while global bodies, such as the International Finance Corporation, have stepped in to directly assist its local partners in offering advisory support and financing to SMEs in Ethiopia, Rwanda, South Africa and Zimbabwe. This effort has meant that large parts of the local industry will be in a position to embrace key opportunities as the world emerges from the Covid-19 pandemic. 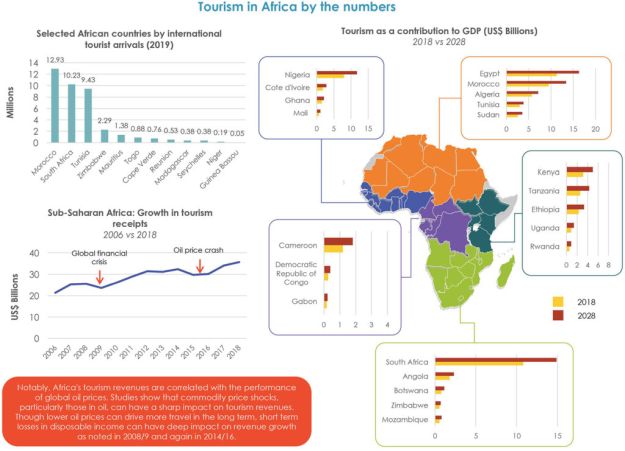 ARTICLE TAGS
South Africa Coronavirus (COVID-19) Government Measures Operational Impacts and Strategy
POPULAR ARTICLES ON: Coronavirus (COVID-19) from South Africa
Registration Of A Private Company Limited By Shares In Nigeria (In Light Of New CAMA 2020)
Infusion Lawyers
The Companies and Allied Matters Act 2020 ("CAMA 2020", "the New CAMA", or "the Act") was assented to by President Muhammadu Buhari on 7 August 2020. In effect, the new CAMA...
Comparative Analysis Of ADR Methods With Focus On Their Advantages And Disadvantages
STA Law Firm
"The courts of this country should not be the places where the resolution of disputes begins. They should be the places where the disputes end ...
The Companies And Allied Matters Act 2020 - What You Need To Know - Part 5 – Share Capital
Udo Udoma & Belo-Osagie
The Companies and Allied Matters Act Laws of the Federation of Nigeria 2004 was initially made law in Nigeria in 1990 as a decree of the military government.
Environment Law In Nigeria
Aluko & Oyebode
The basis of environmental policy in Nigeria is contained in the 1999 Constitution of the Federal Republic of Nigeria.
Data Privacy And Protection Under The Nigerian Law
S.P.A. Ajibade & Co.
The 21st century, commonly dubbed "the information age" with its greatest invention, the internet, has brought about fast and easy dispensation of personal information or data.
Overview Of Oil And Gas Regulations In Nigeria
Resolution Law Firm
There are various laws regulating oil and gas in Nigeria.
FREE News Alerts
Sign Up for our free News Alerts - All the latest articles on your chosen topics condensed into a free bi-weekly email.
Register For News Alerts
Article Tags
South Africa Coronavirus (COVID-19) Government Measures Operational Impacts and Strategy
Related Articles
No More Bacon For Mr Mogotsi: COVID-19 And Dismissible Conduct Andersen
Africa Regulatory ENSight 2021 | 03 ENSafrica
Who Will Foot The Bill For COVID-19 Vaccine Complications? Adams & Adams
The Current Implementation Of Vaccine Roll Out Is Probably Unlawful & Unconstitutional Adams & Adams
Personal Data Off Limits? Employee Privacy And The COVID-19 Vaccine ENSafrica
Mondaq Webinars
US Magistrate Judges on the Art of Settlement
JAMS
Webinar Chicago United States
Current Issues in the Mediation of Bankruptcy Disputes
JAMS
Webinar Chicago United States
More Webinars
Comparative Guides
Labour and Employment
Private Equity
More Guides
Mondaq Advice Centres
Global
Trademarks in SAARC Countries
Global
Investment Immigration
More MACs
Upcoming Events
Mondaq Social Media