India: Is Trademark Bullying For Real?

Bullying, as commonly known, is a habitual cruelty towards others who are usually considered weaker. In relation to an Intellectual Property (IP), bullying may happen when a bigger entity generally with registered trademarks, threatens or tries to threaten smaller entity over their nurtured trademarks in use, but generally not registered. The trademark bullies have demonstrated a pattern in bullying by sending unreasonable cease and desist notice (demand letters), threat of litigation or actually suing entities on claims of infringement on their trademarks, which is far from being justifiable. Majorly trademark bullies are big companies with well-known trademarks, which would not hesitate in spending huge amounts on litigation. Further, these companies are well aware of the fact that smaller entities are handicapped in terms of resources and economic interest to fight against a well-known or famous mark even though their case might be legitimate. Keeping the same in mind, there are certain legal remedies and tactics in place to avoid such trademark battles.

In India, the Trademarks Act 1999 provides provision for law relating to trademark bullying stating that aggrieved party may file a suit for unjustified threats against any individual who threatens to initiate legal action for trademark infringement. The aggrieved person can also obtain monetary compensation for the same. Similar provision can also be found for other Intellectual Property Rights.

Although the Judiciary has taken account of the word "baseless legal threat" at various occasions, no proper definition has been provided to set the lacuna right thereby vaguely providing protection to infringement threats. A primary issue that the court faces while deciding a case of unjustified threat is whether the action amounts to baseless legal threat. For instance, in the case of Bata India Limited Vs Vitaflex Mauch GmbH, the plaintiff sought to restrain from making baseless groundless threats of legal proceeding. The main question that the court had to deal with, was whether the legal notice sent by the defendant amounts to a legal threat in the first place.

Therefore, even though there is a statutory provision to deal with unjustified threats, in simple words, bullying, the same is not effective. It is evident from the recent flood of cases categorized under trademark bullying in India and in foreign jurisdictions, wherein corporate giants such Adidas and Apple have been accused of intimidating smaller entities into abandoning marks allegedly similar to their trademarks. In order to protect these smaller entities against unjustified threats and trademark infringement suits, a closer look needs to be taken into the factors considered before categorizing an infringement claim as bullying because the course differentiating between a genuine infringement suit and bullying is inordinately thin.

Factors considered in referring an infringement suit as trademark bullying

I. Likelihood of confusion

In a landmark case of Monster v. Vermonster, the trademark holder of the energy drink "Monster" filed a suit against the beer brewery "The Vermonster". 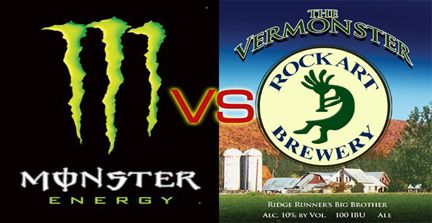 It was argued that the name would confuse consumers. However, it was held that there was no likelihood of confusion and one was an energy drink, and another was a beer. This case triggered concerns for the issue of trademark bullying.

This instance points out the importance of likelihood of confusion as a factor, in other words, the marks should not be deceptively similar. This well-established principle of trademark infringement means similarity between the trademarks that is likely to deceive general public of average intellect to believe that the mark in question could be connected to well-known or registered trademark in some way or other.

In a case before the Singapore court, a small company Future Enterprises Pvt. Ltd., was allowed to use the prefixes 'Mac Chocolate', 'Mac Tea', 'Mac Noodle' because their business type was different than that of McDonald's. They supplied packaged products with the prefix to supermarkets and were not in restaurant business. Therefore, type of business is a factor to be considered.

In another case, McDonald's failed in gaining exclusivity over similar trade name "McChina" since the restaurant served only Chinese food items. Similarly, a Malaysian restaurant food chain won the right to use "McCurry" as the Court of appeal noted that McCurry served only Malay and Indian food items that are starkly different than McDonald's items. Therefore, in cases of restaurants even menus are also taken into consideration.

For as mostly seen, the cases of trademark bullying are related to some word, phrase, and combination of words, which are essentially generic in nature. The courts look into whether the generic term has gained distinctiveness through secondary meaning or usage. This could also be a factor considered in trademark bullying case. For instance, recently "BigBasket" the online grocery store sent a cease and desist notice to a newly opened small business, DailyBasket, similar to BigBasket asking them to close down their operations and hand over their domains (business) to BigBasket. The main target here was on the word "Basket" being included and its likelihood of causing confusion. Even though another business with name "Natures Basket" exists since a longer time than BigBasket.

The lines between 'inherently distinctive', 'descriptive' and 'generic marks' are notoriously vague. Even though common or generic, if the mark has gained distinctiveness through secondary meaning and usage, it can be protected. When consumers' minds are able to identify a trademark distinctly with a particular product over a period of time and this association of trademark with the said product gives the mark a secondary meaning. Therefore, generic nature of mark challenged can be taken into consideration as a factor but it will be considered in light of distinctiveness gained.

In many cases, dominant players in the relevant market who hold IPR such as companies like Microsoft, Intel and Monsanto were alleged for abusing their position in the relevant market. The instance of Apple v. Prepear explains abuse of dominance in trademark bullying. Super Healthy Kids, the parent company of Prepear, is an app and a service that assists users in planning their meals and find recipes. Their application for minimalistic logo of a pear was objected by Apple on the ground that the impugned logo is likely to cause confusion in the mind of consumers, who might associate the minimalistic design of the pear fruit thereupon of Apple's logo. While both logos are minimalistic and two-dimensional, Prepear's logo is of a pear with a leaf pointing downwards outlined with a thick green border and a blank white space in the middle.

In contrast, Apple's logo is of a half-bitten apple which is barren of the other colour aside from being completely black on a white background. Furthermore, Prepear and Apple's businesses are neither similar nor do they produce similar goods. The battle went for a long time with Prepear taking over the social media to gain support. However, the issue was resolved only after Prepear agreed to make a change in the logo that was satisfactory to Apple. 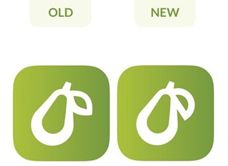 Trademark Bullying is an obstacle for smaller entities to enter the market. Due to this many of those are discouraged from launching their products, spreading their business across new market, or employing a certain trademark, as they fear legal consequence from the larger entities. In line with this, the provision under trademark act aims to protect legal rights of smaller entities over their marks. Nevertheless, the smaller entities lack resources to fight the industry giants and follow separate means of dealing with the whole situation. While some of them surrenders to the allegations and accept the conditions, others take up the social media in order to gain support from others in their community to safeguard their goodwill and reputation gained over the years. This is more prominent in India because it is not clear as to how far the litigating party may go until termed as a bully. Therefore along with statutory relief, the entities should be provided with lawyers and law firms and take stringent action against the one bullying.

At Photon, we help small and medium scale business to conduct a thorough worldwide trademark search before registering their brand name. Our worldwide report help brand owners take better informed decisions and prevent themselves from the bullies. For more information, feel free to write us at photon.ip@photonlegal.com.

ARTICLE TAGS
India Intellectual Property Trademark
POPULAR ARTICLES ON: Intellectual Property from India
Patent Law in India
Anand & Anand
The Patents Act 1970, along with the Patents Rules 1972, came into force on 20th April 1972, replacing the Indian Patents and Designs Act 1911. The Patents Act was largely based on the recommendations of the Ayyangar Committee Report headed by Justice N. Rajagopala Ayyangar. One of the recommendations was the allowance of only process patents with regard to inventions relating to drugs, medicines, food and chemicals.
Refusal Of Trademark Registration (Absolute Grounds)
Singh & Associates
Trademarks which are not capable of distinguishing the goods or services of one person from that of another person.
Concept Of Fair Use And Fair Dealing In Copyright
Singh & Associates
Fair use supports "socially laudable purposes," typically, if not exclusively, involving the use of the copyrighted work by a second author
Assignment And Licensing Of Copyright
Singh & Associates
Copyright is a protection given to the creators of certain types of works as an acknowledgment to their intellectual input
Difference Between Passing Off And Infringement Of The Trade Mark
Khurana and Khurana
A Trade mark may be defined as a lawfully protected abstract, word, symbol, color, mark, slogan or a mixture of those related to an organization or a selected product that differentiates it from the others accessible within the market.
All You Need To Know About "Well-Known Trademarks"
Khurana and Khurana
With coming up of the new Trade Mark Rules 2017, a new procedure has been created that allows the Registrar to proclaim a particular trademark as "well known".
FREE News Alerts
Sign Up for our free News Alerts - All the latest articles on your chosen topics condensed into a free bi-weekly email.
Register For News Alerts
Article Tags
India Intellectual Property Trademark
Related Articles
Construing Section 107 (A) Of The Patents Act L. S. Davar & Co.
Dictionary Word with Acquired Distinctiveness – Registerable as a TM Singhania & Partners LLP, Solicitors and Advocates
Case Analysis Of Bacardi And Company Limited v. Bhahety Overseas Private Limited &Ors. CS(COMM) 464/2021 & I.A. 12323/2021 Khurana and Khurana
U‑blox And KPN Settle Patent Dispute And Sign Patent License Agreement Khurana and Khurana
Space Law Protection The New Focus Of IPR Khurana and Khurana
Mondaq Webinars
Investigations and eDisclosure: Drive Down Costs by Understanding Key Data Points Early
OpenText UK Limited
Webinar Berkshire UK
Future Series: Oh Canada! Key Legal Issues for International Companies
Borden Ladner Gervais LLP
Webinar Toronto Canada
More Webinars
Comparative Guides
Alternative Investment Funds
Artificial Intelligence
Aviation Finance
Aviation Regulation
Blockchain
More Guides
Mondaq Advice Centres
India
Trademarks
India
Arbitration, Litigation and Conciliation
India
Insolvency
Global
Trademarks in SAARC Countries
More MACs