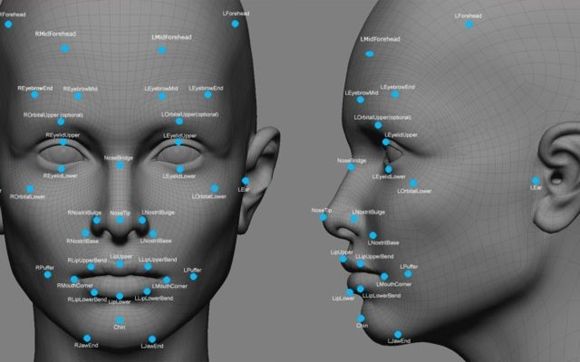 Figure 1 – Shows the Feature Points of the Face.

The first semi-automatic face recognition system was developed by Woodrow W. Bledsoe under contract to the US Government. This system relied entirely on the potential of the administrator to identify and extract feature points such as eyes, nose, ears and mouth on photographs. This basic idea has been developed upon further by UTC Fire and Security Americas Corp Inc who have patented a "system and method for passive face recognition". Under this technology that is often used for unlocking phones, the software captures the face of a person and registers its features as a model face. With continued use, it begins to fit images with the registered features and generate variations of the registered model face. These variations help the phone in recognising an individual from varied angles and features that were not initially registered. Thus, the software transforms the registered face model to a desired orientation to generate a transformed model face. 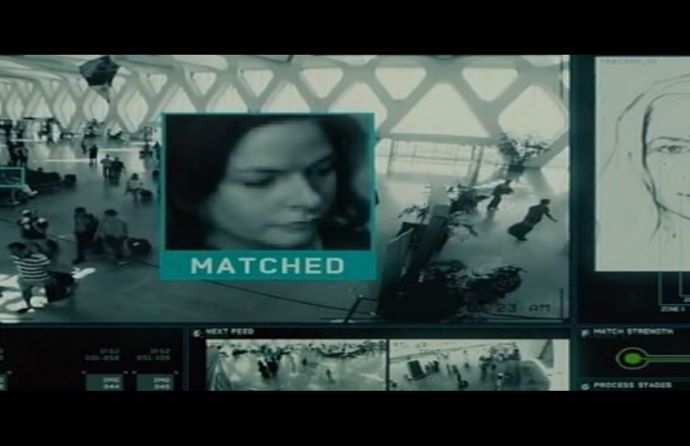 Facial recognition software as shown in the movie Mission Impossible

Are the softwares as efficient in real life? No, at present development levels, some factors can throw off face recognition systems. For example, low illumination, image or video quality can lead to false positives. According to a study by the Massachusetts Institute of Technology, misidentifications are rampant and even slight changes in camera angles can lead to a false positive result.

However, these softwares could be used in simple tasks of our day to day lives. Organisations can prepare themselves for a post COVID work atmosphere by replacing finger prints for attendance logs with facial recognition software. Further, with the education system which has currently shifted learning online, facial recognition could be integrated with video conferencing platforms to track students' attention on the screen. Facial recognition installed in CCTV cameras can help in ensuring safety and security near banks and ATM's. Such technology could also be imbibed in online payment applications to ensure maximum safety. The future of technology is hands free and facial recognition is the platform towards it.

Various companies have developed technologies in the field of face recognition that cover the above given examples. Uncanny Vision is one such company which has developed a facial recognition product that can be installed in the perimeter of an ATM and is useful for safety and security of the ATM.

More than 900 facial recognition patents have been filed in China. This number is 10 times more than patents filed in the US. China has been plenty vocal about its plans to be the global leader in artificial intelligence by 2030, a market where the facial recognition piece alone is expected to garner $9.6 billion by 2022. 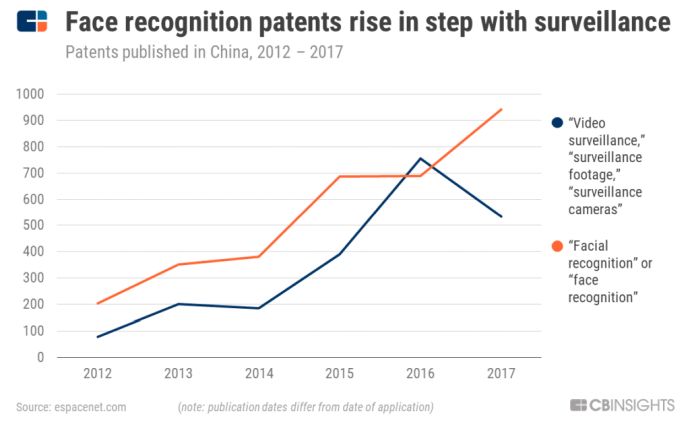 The figure above shows the rise in face recognition patents published in China from 2012-2017. This growth in facial recognition patents can be attributed to the emphasis placed on surveillance by Chinese authorities. This is reinforced by the number of patents found by a simple keyword search on worldwide patent database Espacenet. Over 530 patents related to video surveillance and surveillance cameras were published in China in 2017 alone, compared to just 96 in the United States (based on keyword searches of title and abstract).

Facial recognition softwares are being continually developed to be incorporated into our daily lives. From out dated face unlocking mechanisms that would be easily fooled by photographs, advancements have been made to recognizing changing features on our faces. The percentage of false positives has also come down by a larger number. Google has been a pioneer in introducing facial recognition in Google photos where individuals are recognised through photos by automatic tagging and stored in separate folders. With this feature you can just type a particular name if you want to search any picture of someone and Google will automatically filter out all the images of that person. Google in its latest patent has invented a way for multiple Android users to use face-unlocking on a single device. It obtained a new patent for a method that requires users to make a series of facial expressions to gain access to a system. Essentially, the patent claims a method where a device captures two images of a user, then compares the differences in the images to identify a facial gesture and authenticate the user.

Even though several patents have been filed in the field of facial recognition, it must be noted that softwares are not easily patentable. In order for them to be patentable, they need to cause a "technical effect" or a material effect. This means that the innovation must have the potential to create an impact on the society. Though this position is widely accepted worldwide, substantive legislations regarding patentability of softwares and computer programs and their interpretation by courts vary under different jurisdictions. For Example, In Australia, there is no particular exclusion for patents relating to software.

The IT sector in India is flourishing since past few years and has a bright future as a ton of industries from the US and Europe are looking to establish their presence in the Indian market. In addition to this, over 1300 start-ups were added in the year 2019. A lot of start-ups have emerged in the AI and facial recognition field in India like AIndra Labs, FaceX, Parallel Dots, Staqu, etc., and a lot more are in the process. AI empowered facial recognition innovations still remain to be unlocked to its fullest potential. Maybe the release of 5G technology will fuel this innovations up to its potential in the coming future.

For any legal advice regarding your business, please reach out to us on- photon.ip@photonlegal.com

Stay in, Stay safe and continue to work.

ARTICLE TAGS
India Intellectual Property Patent
POPULAR ARTICLES ON: Intellectual Property from India
Internet And The Determination Of Jurisdiction In The Case Of Trade Mark Infringement
S.S. Rana & Co. Advocates
Internet has marked its presence in the commercial world in an unprecedented way. With businesses moving online to escalate their accessibility to a wider range of customers in the market, ...
Can # Hashtags Be Protected As Intellectual Property In India?
Legacy Law Offices
In an ever-evolving era of digitization and mobile telephony, social media has become a quintessential platform for business development and marketing.
Assignment And Licensing Of Copyright
S&A Law Offices
Copyright is a protection given to the creators of certain types of works as an acknowledgment to their intellectual input
A Study On: Novartis AG v. Union Of India
Khurana and Khurana
Intellectual property is an intangible form of property while a ‘Patent' is a subset of intellectual property.
Patent Infringements And Their Types
S&A Law Offices
Patent is one of the most important forms of Intellectual Property (IP). The term of a patent is typically 20 years from the Priority date of the application.
No Bar On Filing Infringement Suit Against Registered Trademarks And For Passing Off
LexOrbis
Recently, in the matter of Good Life Industries v. J R J Foods Pvt. Ltd. C/AO/10/2021...
FREE News Alerts
Sign Up for our free News Alerts - All the latest articles on your chosen topics condensed into a free bi-weekly email.
Register For News Alerts
Article Tags
India Intellectual Property Patent
Related Articles
From Distinctiveness To Genericide: Avoiding Trademark Ruin Obhan & Associates
Exports Under The Bolar Exception: A Key Arrow In The Indian Generics Quiver Obhan & Associates
It's A Wrap! Intellectual Property Round-Up 2022 G&W Legal
Swiss Military Trademark Case Khurana and Khurana
PhonePe vs DigiPe Khurana and Khurana
Mondaq Webinars
Considering the Nigerian Start-Up Act & The Opportunities for Tech
Oake Legal
A Guide for Business and Investors – The Sleeping Giant; Why is Nigeria the New Emerging Market for Global Business
Threshing Fields Law Practice
More Webinars
Comparative Guides
Alternative Investment Funds
Artificial Intelligence
Aviation Finance
Aviation Regulation
Blockchain
More Guides
Mondaq Advice Centres
India
Trademarks
India
Arbitration, Litigation and Conciliation
India
Insolvency
Global
Trademarks in SAARC Countries
More MACs
Curated Content
Fast Tracking Through The Patent Prosecution Highway In India
Obhan & Associates
Divisional Applications And Plurality Of Invention In India
Obhan & Associates
Do Scientific Publications Exempt Patent Applications From Anticipation?: The Indian Position
Obhan & Associates
Preparing For Invention Disclosure Meetings: A Guide For Inventors
Obhan & Associates
Patenting 3d Bioprinting In India
Obhan & Associates
Upcoming Events
Mondaq Social Media