Wireless charging was originally discovered around late 19th century, when pioneer scientist Nikola Tesla demonstrated magnetic resonant coupling. The magnetic resonant coupling may be understood as a phenomenon that transmits electricity through air, by creating a magnetic field between two circuits, a transmitter and a receiver. However, for about 100 years wireless charging remained a technology without any actual practical applications. Today, one can find almost half a dozen wireless charging technologies in our day to day use. Wireless technologies were developed with an aim of eliminating use of cables in various devices such as smartphones, laptops, and some kitchen appliances. These wireless devices still require a physical contact between the transmitter and the receiver for powering purposes. Recently, the renowned mobile company Xiaomi released a video showing a mobile phone being charged without any connecting wires or physical contact with a charging station. Xiaomi has termed this concept as 'Air Charging'. This concept has become the talk of the tech world after the video was released.

One might question, exactly how does air-charging work? Well, the Xiaomi Air Charging technology's pile has five phase interface antennas that accurately determine the position of the mobile phone. The phase control array of the pile, comprising 144 antennas, directionally transmits millimeter-wide waves (mm waves) through beamforming. The receiving device, for e.g. a smartphone, needs to have a miniaturized antenna array with a built-in "beacon antenna" and a "receiving antenna array" in order to charge the battery wirelessly. The former helps the pile to identify the smartphone's position, while the latter is a 14 antenna array that converts the millimeter-wave signal into electrical energy through the rectifier circuit. An antenna is a conductor that can transmit or receive electromagnetic signals, an antenna array is a set of multiple connected antennas which work together as a single antenna.

Millimeter waves used in the present technology are electromagnetic (radio) waves typically defined to lie within the frequency range of 30–300 GHz. Until now, only operators of satellites and radar systems used millimeter waves for real-world applications. Now, some cellular providers have begun to use them for data transfer. But using millimeter waves to charge a mobile device is an entirely new approach. There is one major drawback to millimeter waves though, they can't easily travel through obstacles. The prototype limits the charging power to five watts but Xiaomi claims that multiple devices can be simultaneously charged, and its efficiency remains unaffected even in the presence of obstacles. Five Watts can seem rather slow for someone used to the usual 30, 60 or even 120 watts chargers but since the device is continuously charging while being in the range of the charger at the time of its usage, there will be no battery drain which means you won't have to wait for your device to get charged before leaving the house, it will be charged all the time. But this is just the prototype, we might soon get to see a 30-watt variant or even higher just like how wireless chargers have stepped up from 5 watts to 30 watts.

For people on the go, wireless charging is slowly gaining popularity and smartphone manufacturers are increasingly working towards making wireless charging technology seamless. Owing to its increased popularity in the portable device market Air Charging may soon become a trend. Having said that, every performance upgrade in any device, requires better management of battery as well. For example, using 5G on a smartphone drains 25% more battery than 4G. This problem can be solved in two ways, using a bigger battery, or making software modifications to optimize battery usage which will most likely reduce the phone's performance in other domains like gaming. Chipsets are always designed to balance the power consumption and performance because every device has a limited battery. But charging batteries over air could revolutionize how we power our phones and keep us on the grid 24/7. With this technology manufacturers will be able to provide the best possible performance to battery powered devices without worrying about battery management.

With time, we expect that this technology will get refined and it will bring innumerable changes to how electronics are used. With the ability of charging devices in a range of 5 meters, small battery powered devices won't require batteries anymore as they'll be getting continuous supply from the charger block. When this technology gets common, smartphones may be manufactured with a smaller battery or even no battery, changing the complete design since battery is the bulkiest part of a phone. With no battery, there won't be overheating of devices and no more risk of your phone exploding. This will in turn tremendously reduce the amount of e-waste produced.

In a time where we are surrounded with technology, concerns regarding emission of constant radiation in a room may be raised however as this particular model uses the same technology as 5G which is transmission via mm-waves which are non-ionizing, it will not be a health concern and tech giants like Xiaomi might make this technology available to everyone very soon.

Many other companies like MotherBox, WI-CHARGE, Energous have tried to implement this technology in the past but failed. Xiaomi working on this is a big deal because it has the money and the scale to be able to implement it successfully.

If you wanted any indication that this is about to become a huge trend, literally hours after Xiaomi released the video of their prototype, Motorola also released a video saying they are also working on this technology and there must be many others too. Considering how transforming this new technology is, safeguarding the rights to the invention is also very important. To protect this invention from being copied, Xiaomi has filed 17 technology patents around all the components that make air charging possible which Xiaomi can soon start monetizing from. 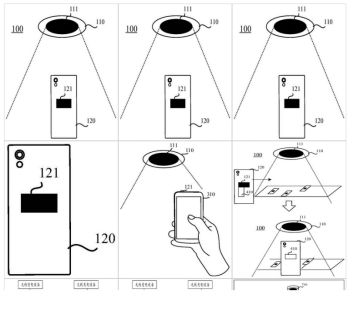 Figure 1: Snap of a diagram from one of the patents. [Source (Patseer)]

You might think, why 17 patents for one invention? Even though air charging as a whole might look like just one invention, every component that is used in the process is considered as an invention. Separate patent for every component ensures better security and has higher chances of getting granted. Some of the patents filed by Xiaomi under this technology are for:- the method of locating the receiver, the method of transmitting the signal, the transmitting antenna array, the receiving antenna array, the method for converting the mm-wave signal to electric charge, the long distance charging equipment, and on the communication method between the transmitting and receiving equipment.

The importance of filing patents in the ever-evolving field of technology therefore cannot be overemphasized upon. Whether you are an investor, general counsel, researcher, inventor or CEO with an interest in technology – protecting and optimizing your IP portfolio is essential.

ARTICLE TAGS
India Intellectual Property Patent Technology New Technology
POPULAR ARTICLES ON: Intellectual Property from India
Internet And The Determination Of Jurisdiction In The Case Of Trade Mark Infringement
S.S. Rana & Co. Advocates
Internet has marked its presence in the commercial world in an unprecedented way. With businesses moving online to escalate their accessibility to a wider range of customers in the market, ...
Can # Hashtags Be Protected As Intellectual Property In India?
Legacy Law Offices
In an ever-evolving era of digitization and mobile telephony, social media has become a quintessential platform for business development and marketing.
Assignment And Licensing Of Copyright
S&A Law Offices
Copyright is a protection given to the creators of certain types of works as an acknowledgment to their intellectual input
A Study On: Novartis AG v. Union Of India
Khurana and Khurana
Intellectual property is an intangible form of property while a ‘Patent' is a subset of intellectual property.
Patent Infringements And Their Types
S&A Law Offices
Patent is one of the most important forms of Intellectual Property (IP). The term of a patent is typically 20 years from the Priority date of the application.
No Bar On Filing Infringement Suit Against Registered Trademarks And For Passing Off
LexOrbis
Recently, in the matter of Good Life Industries v. J R J Foods Pvt. Ltd. C/AO/10/2021...
FREE News Alerts
Sign Up for our free News Alerts - All the latest articles on your chosen topics condensed into a free bi-weekly email.
Register For News Alerts
Article Tags
India Intellectual Property Patent Technology New Technology
Similar Articles
Powered by mondaq AI
MATCH
55%
Technology Acquisition Proposal: Patented Mobile Charging Stand/ Holder Khurana and Khurana
52%
Role Of NPEs In Shaping The Wireless Charging Industry Khurana and Khurana
Related Articles
Exports Under The Bolar Exception: A Key Arrow In The Indian Generics Quiver Obhan & Associates
It's A Wrap! Intellectual Property Round-Up 2022 G&W Legal
Swiss Military Trademark Case Khurana and Khurana
PhonePe vs DigiPe Khurana and Khurana
Can # Hashtags Be Protected As Intellectual Property In India? Legacy Law Offices
Mondaq Webinars
Considering the Nigerian Start-Up Act & The Opportunities for Tech
Oake Legal
A Guide for Business and Investors – The Sleeping Giant; Why is Nigeria the New Emerging Market for Global Business
Threshing Fields Law Practice
More Webinars
Comparative Guides
Alternative Investment Funds
Artificial Intelligence
Aviation Finance
Aviation Regulation
Blockchain
More Guides
Mondaq Advice Centres
India
Trademarks
India
Arbitration, Litigation and Conciliation
India
Insolvency
Global
Trademarks in SAARC Countries
More MACs
Curated Content
Fast Tracking Through The Patent Prosecution Highway In India
Obhan & Associates
Divisional Applications And Plurality Of Invention In India
Obhan & Associates
Do Scientific Publications Exempt Patent Applications From Anticipation?: The Indian Position
Obhan & Associates
Preparing For Invention Disclosure Meetings: A Guide For Inventors
Obhan & Associates
Patenting 3d Bioprinting In India
Obhan & Associates
Upcoming Events
Mondaq Social Media