Most Read: Contributor Malta, May 2022

by Finance Malta
Finance Malta
Your LinkedIn Connections
with the authors
To print this article, all you need is to be registered or login on Mondaq.com.

Below is an excerpt, edited for length and clarity. As always, there's much more in the full podcast, so listen and follow #Fintalks.

Throughout the past 15 years FinanceMalta had three different chairpersons head the organisation – together they are reflecting on what has been achieved thus far while looking to what's ahead. In conversation with Rachel Attard, who moderated the special edition of the #Fintalks podcast, Joseph Zammit Tabona, FinanceMalta's first Chairman, talked about the organisation's beginnings.

The idea to set up FinanceMalta was born in the year 2006, he explained. To fully capture the opportunities in the international financial services sector, the need was felt to establish an organisation fully dedicated to promoting Malta's financial sector. "Initially, the Malta Financial Services Authority (MFSA) was doing most of the marketing in addition to regulating the financial services sector." An agreement was reached between the public and the private sector, and FinanceMalta was officially established in 2007. Malta's finance sector has since performed extremely well. "It has actually grown by around 7-8% every year. It employs 12,000 people and contributes around 1 billion in revenue," Joseph Zammit Tabona said. 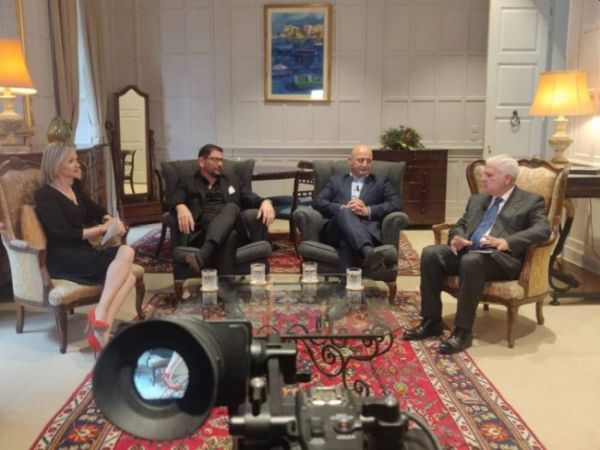 Kenneth Farrugia, who was at the helm of FinanceMalta for nine years between 2009 and 2018, agreed and added that throughout the past 15 years the financial services sector experienced spectacular growth. "We went from a sector that contributed just 3% to GDP to an industry that contributes 12% to GDP." He also stressed that when FinanceMalta was set up, Malta had already developed a strong domestic financial services industry. "The first thing we did was to define the sectors where Malta had a strong value proposition, and we identified insurance, asset management and the family office sector." EU membership meant financial firms established in Malta benefited from the ability to passport products and services into all EU member states. "This was a key advantage as was the fact that Malta was very cost-competitive and had a very agile regulator who had put in place a sound regulatory framework."

Rudolph Psaila was appointed FinanceMalta Chairman in 2019. The past two years were not an easy time because Malta was being heavily criticised by various international institutions while the Covid-19 pandemic was another challenge. However, Rudolph Psaila said, FinanceMalta continued promoting Malta. A key element in FinanceMalta's strategy throughout the past two years was digitalization, and today 45% of the organisation's time and resources go towards digital activities.

ARTICLE TAGS
Malta Finance and Banking Financial Services
POPULAR ARTICLES ON: Finance and Banking from Malta
Structured Products In Jersey… A Fund Alternative? (AMCS)
Collas Crill
Simply described, structured products are a contract with a bank or issuer and the contract has a pre-defined outcome that if certain conditions are met, an investor will receive a particular rate of return or coupon.
Private Investment Funds In Guernsey
Collas Crill
Guernsey's Private Investment Fund (PIF) regime recognises that for some promoters, the nature of the target investors warrants a more flexible, cost-effective and timely approach to regulation and fund launch...
Expensive Lessons Learnt? Recent Court Cases On Missteps By Money Lenders In Hong Kong
Withers LLP
From 2017 to 2021, the number of licensed money lenders in Hong Kong has increased from 1,994 to 2,490. The ensuing business expansion has resulted in a series of recent court...
Malta Becomes One Of The First EU Member States To Integrate With Beneficial Ownership Registers Interconnection System
Finance Malta
Malta, through the Malta Business Registry (MBR), has become amongst the very first EU Member States, together with only two other jurisdictions (as at 08 June 2022), that have connected successfully to the BORIS.
Fees And Licensing Criteria For Virtual Asset Service Providers And Issuers Of Initial Token Offerings
AXIS Fiduciary Ltd
The Financial Services Commission has issued, with effect, the Financial Services (Consolidated Licensing and Fees) (Amendment No. 2) Rules 2022 on 7 May 2022, highlighting the processing fees and fixed annual fees ...
Re-member Where The Register Is! Why The Location Of The Cayman Register Of Members Is Relevant To A Lender's Security Package
Cadwalader, Wickersham & Taft LLP
As we are moving further into the realm of Fund Finance 2.0 and the rise of the NAV facility, there has been a lot written about taking security over the equities of various types of Cayman entities, ...
FREE News Alerts
Sign Up for our free News Alerts - All the latest articles on your chosen topics condensed into a free bi-weekly email.
Register For News Alerts
Article Tags
Malta Finance and Banking Financial Services
Related Articles
Banking & Fintech Newsletter – Issue 32 Ganado Advocates
EBA Guidelines Quash Market Concerns On PSD2's Limited Network Exclusion Ganado Advocates
New Report Highlights Key Role Of Financial Services In Malta's Economy Finance Malta
Part 4 "How To Recruit And Retain Employees" – Welcome To The Team! Finance Malta
Alternative Investing – Benefits Of Maltese Hedge Funds Dixcart Group Limited
Mondaq Webinars
Global Life Sciences M&A: Market Overview and Trends
Dechert
Webinar London UK
Funding or insurance? Commercial Approaches for Litigation and Arbitration
Erso Capital Advisors LLC
Webinar California United States
More Webinars
Comparative Guides
Artificial Intelligence
Aviation Finance
Aviation Regulation
Blockchain
Enforcement of Foreign Judgments
More Guides
Mondaq Advice Centres
Global
Trademarks in SAARC Countries
More MACs