by Matthew Bianchi
Ganado Advocates
Your LinkedIn Connections
with the authors

The introduction of the Companies Act (Cell Companies Carrying on Business of Insurance) Regulations in 2004 ("PCC Regulations") by the Maltese legislator has clearly demonstrated the island's long term commitment to its position as a leading insurance industry domicile. This legislation has given insurers, managers and brokers the option to establish their business within a cell company structure, therefore reaping all the benefits associated with this. Combined with Malta's relatively low cost environment and Membership within the EU, this legislation has further positioned the island as a key player in the global insurance industry.

Over the past two decades, Malta has established a solid financial services market, using both its central geographical and political positioning to attract overseas investment. Its entry into the European Union combined with the creation of forward thinking legislation greatly accelerated this process, and the island is now home to a growing number of captive insurers and managed insurance companies as well as an array of managers and brokers. Since the inception of the PCC Regulations, one insurance company has converted into a PCC and one other has more recently redomiciled from Gibraltar. Both PCCs are offering cells to outside investors. It is touted that several more PCCs are at an advanced stage in the licensing process, including one insurance management PCC.

Being an EU member state means that insurance companies incorporated in Malta can now establish a branch in any of the other EU member states, or promote their products in other states using the European right to provide service. Malta is currently the only full EU member state to offer the advantages of protected cell company legislation. Using these passporting rights, a company can write insurance or offer insurance intermediary services through a cell throughout the EU and EEA.

The Malta Financial Services Authority ("MFSA"), as the regulator of protected cell companies and the insurance industry as a whole, takes an active interest in the furtherance of the insurance market in Malta. By encouraging consultation at every step of the way during the application process, and listening to the concerns of business, the MFSA takes a 'firm but flexible' approach to its role. This ensures stability in the market, but at the same time allows for an appropriate degree of innovation to be introduced (for example, the introduction of protected cell company regulation). This provides a fertile environment for the establishment and subsequent prosperity of new insurance businesses.

Although a relatively low cost domicile, Malta is still able to offer an array of high quality support services to the insurance industry – such as accountants, lawyers, insurance managers and administrators. These service providers have a high degree of experience in the field and are able to offer those entering the Maltese market valuable advice in both the initial stages of establishment, and also ongoing assistance.

What is a cell company

A cell company is a company that has within it one or more cells for the purpose of segregating and protecting the cellular assets and liabilities of the company. The purpose of such an arrangement is to effectively 'ringfence' the assets (and thus liabilities) of each cell, and the core of the company. However, it is important to note that the core and its cells are to be treated as one legal entity, as the cells do not have separate legal personality. 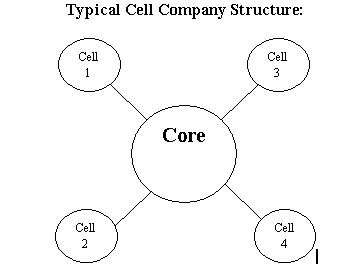 The Formation of a Cell Company

In Malta, the formation of a cell company is closely regulated by the Malta Financial Services Authority (MFSA). A company firstly needs to be authorised as one carrying on the business of:

and meet all the appropriate regulatory requirements demanded of its status before it can be constituted as a cell company.

Subject to this approval, a cell company can then create one or more cells within its company structure. This is done by the issue of cell shares in respect of each individual cell, the proceeds from such an issue being attributable to the particular cell in question. The shares issued may be ordinary or preference in nature, since the regulations do not specify which class must be used, but in practice are usually issued as non-voting preference shares.

The MFSA has ultimate authority to specify or restrict the classes of insurance a cell company may carry on, and also the class or classes of persons for, or in relation to whom, a cell may be created by a cell company. Before a cell is created, MFSA approval must be sought for its particular activities and this has proven to be somewhat more straightforward than gaining approval for a traditional stand alone company.

Once incorporated as a cell company, the name of the company needs to include the expression "Protected Cell Company", and this title needs to be displayed on all its business letters and forms so as to inform all parties dealing with the company of its status. Each cell within the company needs to have its own distinct name, and when a transaction is carried out in respect of a particular cell, this fact and the cell name must be clearly identified.

The Separation of Assets/Liabilities Requirements

The assets of a cell company may be either cellular or non-cellular (core) assets, and as such, the directors of the cell company have a duty to keep:

Accordingly, separate records, accounts, statements and other documents of each cell need to be kept in such a manner to ensure that the liabilities and assets of an individual cell are clearly identifiable as distinct and separate.

A cell company's assets are the proceeds derived from the issuance of its shares, and also its retained earnings, capital reserves and share premiums. These assets are to be retained, for the exclusive use of the cell in meeting the demands of its own creditors and shareholders. The core of the cell company, or other cells, can have no access to these assets, and as stated above, clear records need to be kept to ensure that no confusion exists as to the allocation of assets/liabilities to particular cells or to the core.

However, the directors of a cell company may allow cellular assets of different cells, and non cellular assets to be collectively invested or collectively managed by an investment manager, provided that these assets remain separately identifiable in the manner outlined above.

The position of creditors

It is implied at law that in every transaction, no party shall attempt to use any cellular assets attributable to any cell of the company to satisfy a liability not attributable to that particular cell. Therefore, if a particular cell cannot meet its obligations in respect of a creditor, the creditor is not able to demand payment from another cell. If this condition is breached, then the party shall be liable to pay that sum back to the company, which the company is then obliged to return back to the cell, minus deductions for the costs of recovery.

However, if a cell is unable to meet its obligations, recourse may still be had to the assets at the core of the company – which is where risk may lie for any potential cell company. Although the assets of a cell shall be used primarily to meet its obligations, it is the company's non cellular assets (ie those of the core) that shall be used on a secondary basis, provided that the cell's assets are exhausted. This may be qualified by any non-recourse arrangements allowed by law.

Protecting the Assets of the Cell Company – Non- Recourse

For cells that exclusively conduct business of affiliated insurance or reinsurance, the cell company may prevent recourse to the assets of the core in the event of the cell not being able to meet its obligations. This was introduced in 2004 following amendments to the PCC Regulations. Such non-recourse arrangements may only be brought about with the written agreement of third parties, and if the Memorandum and Articles of Association of the PCC allows for them.

If the business of the cell relates to compulsory insurance, the cell company needs to enact guarantees for the protection of insureds, policyholders, creditors or other interested parties before it prevents access to the assets of the core. This is to ensure that any potentially vulnerable third parties will still be adequately covered in the event that a cell cannot pay out on a policy.

The rights of shareholders

The rights of those holding shares in a cell are primarily established in the Memorandum and Articles of Association of the cell company and this may vary from one PCC to another. These shall generally include:

Benefits of the Cell Company Structure

The protected cell company structure, as explained above, allows for an entity to purchase a cell within a PCC (via shareholding) and write insurance policies from within that cell. This is often a desirable option for small entities that do not wish to create a stand-alone insurance company, or for those wishing to develop an affiliated insurer.

Although each cell has to be separately licenced by the MFSA, because the PCC itself will already be known by the regulator, this process will be less demanding that setting up a company from scratch. The experience of the cell company in such regulatory issues, as well as the day to day running of an insurance company, can be of great benefit to an entity who has not had a great deal of exposure to the business of insurance.

A company may be incorporated as a PCC or may be converted from a traditional structure into a PCC. As noted above there has been one since conversion in Malta so far. Once established, it can 'rent' cells to third parties. This enables the creation of revenue streams, which may often rely on structures, skills and procedures that are already established within the company. For example, a cell company may provide not only the cell structure, but also underwriting, actuarial, claims handling, IT and accounting services, to a cell, all of which will produce income for the core.

As discussed above, the rights of creditors are well protected by the cell company regulations. Therefore, if a cell is unable to meet its obligations, such parties will have recourse to the assets of the core (unless an agreement to the contrary is in place). Therefore, in the event of a cell's insolvency, the cell company itself will be left vulnerable. The regulations provide that the consent of the MFSA is required before a cell can be liquidated.

However, as the cell company will generally control the operations of a cell due to the role of the company's board of directors (as discussed above), a cell company is in a position to implement effective control measures to avoid such a situation. Further, security arrangements can be made between the core and cell shareholders, so that if recourse is made against the assets of the core, then the cell owner will indemnify the core.

Through the creation of the protected cell company regulations, the Maltese legislator has proven its forward thinking and dynamic attitude towards the further development of the island's insurance market. The ability to create a PCC within the Maltese jurisdiction has further strengthened the island's desirability as a financial services destination, especially in combination with its EU membership. For those looking to establish a cell company, or to become a shareholder in a cell, Malta is an attractive option.