Hungary: Can You Fire Your Employee Because Of A Blogpost In Hungary ? – Strasbourg Ruled 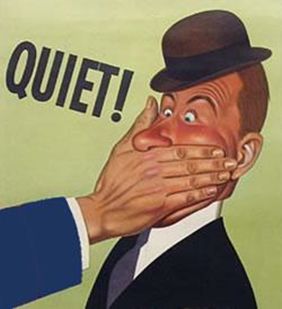 The applicant of the case, Mr. Herbai worked as a human resources management expert at the major Hungarian bank, OTP. Early 2011 he was involved in the reform of the renumeration policy the OTP Bank.

In January 2011 Mr. Herbai started a knowledge-sharing website for HR management-related publications and events. The website contained a presentation of Mr. Herbai stating that he works at a large domestic bank. At this time, two articles were posted on the website both speaking in general terms about current issues, like HR strategies and new 16% personal income tax rate.

Mr. Herbai started employment litigation in Hungary claiming that his termination was unlawful. He argued that he cannot be held liable for articles written by others and he did not operate the website in question. Further, he claimed that he has not revealed the business secrets of his employer, but his intention was to engage in professional discussions.

The litigation in Hungary showed kind of a mixed picture. The first instance court dismissed Mr. Herbai's action establishing that he breached the duty of mutual trust and jeopardized OTP Bank's business interest. The court added that the information shared on the website related to Mr. Herbai's employment and had necessarily been acquired during his employment.

By contrast, the second instance court established that the termination was unlawful as Mr. Herbai, by discussing human resources management issues in general terms, has not jeopardized OTP Bank's business interests.

Unfortunately for Mr. Herbai, OTP Bank started a judicial review procedure before the Curia who dismissed Mr. Herbai's action. The Curia declared that Mr. Herbai provided information about his employer's current policies on the website and that his conduct could endanger OTP Bank's business interest.

After the failure of the employment litigation, Mr. Herbai lodged a constitutional complaint claiming that his activities concerned the exercise of his right to freedom of expression which had not been taken into consideration by the employment courts.

The Constitutional Court recalled that in the employment relationship the right to freedom of expression can be restricted if this is absolutely necessary and proportionate. In this regard, it shall be examined whether the opinion in question contributes to a debate in public interest.

4) The case before the ECHR

After exhausting all Hungarian remedies, Mr. Herbai filed an application at the ECHR. He claimed that the articles published had raised issues of professional and public interest affecting four million employees. Further, given that the articles did not contain any confidential information and there was no direct connection between their content and OTP Bank's activities, they caused no detriment to OTP Bank.

When analysing whether Mr. Herbai's right to freedom of expression was breached, the ECHR made the following observations:

a) the content of the articles cannot be excluded from the protection of the right to freedom of expression as not only those comments are protected which demonstrably contribute to a debate on a public matter;

b) there was no evidence that Mr. Herbai acted in pursuit of purely private interest or aired a personal grievance;

c) neither OTP Bank nor the Curia had demonstrated in what way the articles could have adversely affected the business interest of OTP Bank;

d) Mr. Herbai suffered a severe penalty as he had lost his job without any assessment of a less serious measure.

5) Decision of the ECHR; sanction

Based on the above analysis the ECHR found that Hungary violated the right to freedom of expression. While the Curia did not attribute any relevance to free speech, the Constitutional Court found that Mr. Herbai's right to freedom of expression was not engaged. Thus, the domestic authorities had failed to demonstrate convincingly that the rejection of Mr Herbai's challenge to his dismissal had been based on a fair balancing of each party's rights.

What you as an employer can learn from this case is that while the employees' right to freedom of expression can be restircted, this restriction must be necessary and proportionate. A blogpost which informs in a general manner about even employment related issues without jeopardizing the employer's business interest cannot be excluded form protection of right to freedom of expression and can hardly be a basis of a lawful termination.