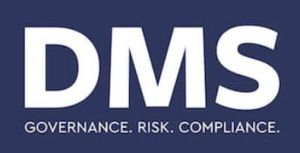 You may think this title is a reflection on the substance of the article; namely, observations on how non-EU funds approach raising capital in Europe. It is not.

Actually, this title refers to the goals of this writer. How do you approach a topic that has been covered ad nauseaum in a manner that informs and provokes thought? How do you cover a topic that is still misunderstood but for which boredom has set in?

Marketing in the EU is incredibly complex, and you will probably make a mistake if you try.

Reality: It's true that the Alternative Investment Fund Managers Directive (AIFMD) and related Markets in Financial Instruments Directive (MIFD II) rules are sometimes vague, perpetually in flux and subject to interpretation by more than 30 countries. It's understandable that managers already faced with a never-ending series of regulatory headaches would forgo creating another one.

While European marketing is trickier than it was 10 years ago, the AIFMD rules have been in effect for several years now, and precedent has emerged for best practice. We understand thresholds for UK pre-marketing, for example, and that reverse solicitation is not viable as a capital raising strategy. We understand how the Annex IV and the annual report work. We know the cost and effort required for registering in individual countries.

We also know the third party AIFM model is valid through empirical evidence; namely, the approval of several dozen funds using the third party model by AIFMD member states such as Ireland and Luxembourg. We know that approval for the third party AIFM model takes 5-6 weeks for AIFs and slightly longer for UCITs. We understand the nature of the regulatory relationships and how reporting to the Central Bank of Ireland, for example, would take place on a monthly or daily basis (depending on the fund's underlying liquidity). Complex tax issues such as Effectively Connected Income (ECI) have been vetted for direct lending and similar strategies which may produce US-sourced income.

In other words, we know which options are available, how much those options cost and how much friction/effort exists to set them up. We understand timelines, project plans and deliverables. But certainly, a lot still remains up in the air; for example, the European Securities and Markets Authority (ESMA) granting the Cayman Islands regulatory equivalency which would allow for non-EU (i.e., Cayman) domiciled funds to be pass-ported throughout the EEA. Yet, even if Cayman is granted equivalency, the timeline for implementation is uncertain, and the net result will simply be a decrease in the friction to establish an EU presence. A US-based manager will still have to either establish or work with a third party EU-registered AIFM. As there is a lower chance of the United States gaining equivalency due to legacy political issues between the US and EU, work involved in establishing that AIFM (alone or with a third party) will not be wasted.

No one is focused on marketing; everyone is hunkered down focusing on returns.

Reality: The two biggest lies in the hedge fund world are "I hate the press/media" and "I don't actively market." Anyone telling you the former has a PR agency on retainer and CNBC anchor on speed-dial. The latter? They just got back from a speed-dating conference and are having their sub-docs translated into Mandarin

The funds that are best at marketing have one common method: they market. They continually and systematically market during periods of good and bad performance, during up and down market cycles, and regardless of how desirable their strategy is at any point in time. The art of marketing (relationship-building, style and approach) is important, but the science of marketing (intelligent customer targeting, systematic and thoughtful approach) is essential. The best marketed funds approach the process of distribution with the same rigor as their research and investment process.

Investor conference attendance is close to all-time highs; NPPR and AIFM registration in Europe numbers in the thousands. >35% of alternative asset flows still come from the EU. Your competitors are aware of these facts and laying the groundwork for future asset flows.

Reality: The world hasn't changed all that much. The percentage of alternatives capital coming from the EU has decreased a bit but has effectively remained in the 35-40% range over the last 10 years.

Indications are that EU institutional investors have more readily embraced the increased liquidity offered through fully registered EU vehicles (UCITS, Alt AIFs). Unlike the previous iteration of UCITS in the early aughts which fizzled out, this is a trend that is likely to continue, with MiFID regulations further enforcing a preference for a locally regulated product.

Those advocating a "wait and see" approach in the hopes that either regulatory clarity will emerge or investor flows will dramatically increase would be well-served to remember the following: (a) The EU experiment has produced a unified currency, not a unified governance approach. (b) It is unlikely that real clarity will ever emerge. While we wait, the groundwork required for building trusted relationships remains undone.

So moving past the talking points, the one message you should hone in would be:

You have proven and cost-efficient options for marketing in the EU.

AIFMD consists of over 170 pages of dense, sometimes vague regulations. But the rule has been around for some time now, so while experts may continue (and will likely never stop) debating certain interpretative elements, we now have several years of empirical evidence as to how EU regulatory behavior works. Here is what we know:

You have 4 options for marketing into the EU:

You may also have an additional option in the next few years. Non-EU passporting may be available for Cayman funds in an indeterminable amount of time. US-domiciled investment managers will still need to register or hire an AIFM, but the need for establishing a new EU vehicle may be removed. It's uncertain whether this will be implemented in the next two years however, so managers should be aware that this time could be spent establishing a network of pan EU investors.

Look, I get it; marketing is brutal. Speed dating conferences (while efficient and necessary) are exhausting. I understand because I've been there. With real speed dating, at least the end result is a date. Hedge fund speed dating ends, if you're lucky, with due diligence. Calling it speed dating is misleading; it should be called speed choosing your IRS auditor.

Because of this, many managers fall into the trap of ignoring or postponing marketing activity and neglecting to build a pipeline. In chart format, this logic looks like this:

To be fair, capital raising is not much better for investors. Having sat on both sides of the table, I assure you that your unique story has been heard more times than the phrase "fat cats" at a Bernie Sanders campaign event. Roadshows are fun when you're 22, hotels still hold mystery, and you haven't been scarred by that Dateline where they run a black light over the $1,000-a night-room. Otherwise, anyone who can tell their story 7-10 times in a single day and not want to gargle acid is a psychotic narcissist.

But you have to do it. You have to because the math says you do. A strong success rate for funds is 5-7%. That is, 5-7% of investors you meet will invest. That's 1-1/3 investors per ten meetings. If the average starting ticket is $5-$15M, then to raise $50M you need to 3.5-10 tickets. That's 35 - 70 meetings.Yes, there are viral effects (i.e., references among similar pools of investors), and yes, investors can and will increase their allocations, but the basic math is sound. It's a numbers game, and if you approach it as such you maximize the probability of success.