One decision, of the Federal Court of Appeal in Loblaws Inc. v. Columbia Insurance Company, (2021 FCA 29), involved two companies using the "PC" acronym with kitchenware. The Plaintiff, Loblaws Inc., has sold food and grocery items as well as kitchenware in association with its "PRESIDENT'S CHOICE" and "PC" trademarks since the 1980's. The Defendant, The Pampered Chef, manufactures and sells kitchenware products. In 2015, it updated its branding to include its corporate name "PAMPERED CHEF", as well as the letters "PC" in a design configuration  (shown below): 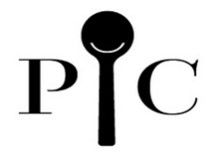 Despite finding the parties' respective "PC" marks bore some resemblance and were used with similar products destined to the same group of consumers, the trial judge found confusion was unlikely. Noting some differences in the trade channels associated with the products (direct sales versus retail) and that the letters "PC" appeared in combination with the Defendant's long form mark "PAMPERED CHEF", the trial judge held that consumers would not confuse it for the plaintiff's PC/PRESIDENT'S CHOICE trademarks.

Reviewing for errors of law, the Federal Court of Appeal dismissed the appeal, noting that it was open to the trial judge to find that the spoon design diminished the degree of resemblance between the competing marks, even though the marks, when sounded, were identical.

A second decision of the Federal Court, in Chartered Professional Accountants of Ontario v American Institute of Certified Public Accountants (2021 FC 35), was an appeal from a decision of the Trademarks Opposition Board rejecting an opposition to the trademark THIS WAY TO CPA. The application was filed by the American Institute of Certified Public Accountants ("AICPA") and opposed by the Chartered Professional Accountants of Ontario ("CPA Ontario") based, in part, on its advertised official mark, "CPA".

CPA Ontario argued that the Opposition Board applied the wrong test of resemblance with its CPA official mark, looking only at a straight comparison of the marks' appearance, and failed to consider the same ideas suggested by them. The Federal Court found no palpable and overriding error in the Opposition Board's decision, and dismissed the appeal. The Court noted that the official mark "CPA" consists of letters and does not inherently suggest any specific idea, and that CPA Ontario failed to present evidence on its meaning. The Court also found that the words "THIS WAY TO" in AICPA's mark rendered it not so nearly resembling the CPA official mark as to be likely mistaken for it. The decision reinforces the position that for both ordinary trademarks as well as official marks, acronym marks are entitled to a narrower scope of protection.

This article was first published by the International Trademark Association on inta.org.