by Bridget Moran
Siskinds LLP
Your LinkedIn Connections
with the authors 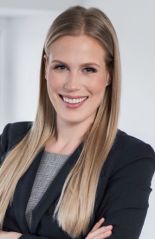 Recent settlement approval decisions issued by the Ontario, Alberta and Quebec courts provide useful commentary on the appropriate scope of a release in a class action settlement.

The parties in the class actions agreed to settle the cases for a lump sum payment of $30 million. As the settlement was subject to court approval in all three provinces, the parties arranged for a joint settlement approval hearing conducted pursuant to the Canadian Bar Association's revised Canadian Judicial Protocol for the Management of Multi-Jurisdictional Class Actions and the Provision of Class Action Notice.

Just before the multijurisdictional approval hearing, two settlement class members objected to the settlement. Their objection related to the scope of the release. Among other things, the settlement prohibited class members from commencing or maintaining any action against the defendants related to the "Released Matters", which included "any and all actions, causes of action, suits, debts, claims (including any additional claims by the representative plaintiffs) and demands, howsoever arising, by the Releasors as the result of, relating to, or arising from the matters raised or advanced in the Class Actions or which could have been raised or advanced in the Class Actions, whether known or unknown, or by reason of any cause, matter or thing whatsoever."

None of the courts approved the settlement.4 In Ontario, Justice Perell explained that, "[a]s a matter of contractual interpretation, given what is presently known about the actions about concussions, abuse, and anti-competitive behaviour, it is not plain and obvious that the release might not bar some, perhaps many, Class Members from advancing claims in the other actions." He therefore characterized the settlement as "improvident" and not in the best interests of settlement class members. In Alberta, Justice Hall added that, on an application for settlement approval, the parties should only seek to settle claims within the scope of the action, not other existing or potential claims. The proposed definition of "Released Matters" was overly broad because it ventured outside the scope of the certified class action.

It is open to the parties to reapply for settlement approval, but only if they can renegotiate the terms of the release.