One-year bankruptcy is back on the table. After lapsing due to the 2019 federal election being called, the Bankruptcy Amendment (Enterprise Incentives) Bill 2017 is once again being contemplated through stakeholder submissions the Attorney-General's office is seeking as an ongoing response to the COVID-19 impacts. No matter the industry, permanent law changes as a reaction to a temporary economic event is risky. Reform to suit the current economic environment will not necessarily mean it is good policy in time to come.

A shorter bankruptcy period is not something new. Up until 2003, bankrupts could apply for early discharge after six months. To be eligible, the bankrupt estate had no prospect of dividends, the bankrupt was not liable to pay income contributions and the bankruptcy trustee determined no possible voidable transactions would lead to a dividend to creditors. The bankrupt would be disqualified from applying if they had taken advantage of the Bankruptcy Act 1966 in the prior 10 years, had unsecured creditors exceeding 150 percent of yearly income, failed to disclose certain information, or engaged in misleading conduct.

Abolishing the early discharge feature was primarily due to a concern that the majority of bankrupts were consumer debtors overextending on credit-taking the 'easy route'-knowing they could get out of bankruptcy early rather than seriously considering informal negotiations, Part 9 or Part 10 agreements. The perception was that the law favoured the debtor over the creditor. Here we are almost 20 years later, considering reform to restore something similar, but for what appears to be for different reasons. 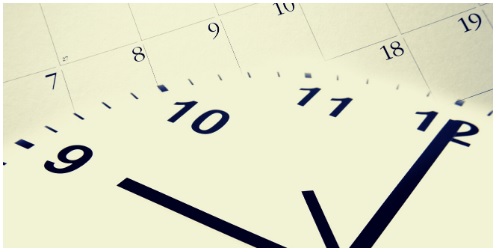 It is important to understand that a bankruptcy can continue beyond the persons discharge from bankruptcy after the current three-year term. What we are really talking about is the length of time that a person is bound by the following restrictions (as an undischarged bankrupt):

Back in 2017, then prime minister, Malcolm Turnbull's clear agenda to relax bankruptcy laws was to "promote and foster entrepreneurial activity" by "decreasing stigma and the harsh penalty" associated with the current three-year bankruptcy regime. Let's be frank, I think we would be hard-pressed finding an entrepreneur, who strives for success and nothing else, worrying about their bankruptcy's duration should their endeavours fail. Those minds are focused squarely on devising the next game-changing innovation.

So, what we are really talking about is two broad categories of people that generally go bankrupt:

For those in the latter category, a 12-month term does not seem punitive at all.

For consumer bankruptcies, the struggle is always finding that right balance of power between the debtor and creditor. Interestingly, the number of bankruptcies per year have been steadily decreasing from its peak of 27,250 in 2008-09 to 15,330 in 2018-191. A combination of the global financial crisis (attributing to the peak); a shift of consumer behaviour away from traditional credit-card providers to buy-now-pay-later arrangements; and an uptake of the Part 9 debt agreements or informal arrangements could all be factors that play part in those numbers fluctuating. I for one am very interested to see a detailed review on the efficiency of Part 9 debt agreements (particularly after recent reforms tightening the regulation in that space) in achieving its purpose of balancing affordability for the debtor and a fairer return to creditors.

One-year bankruptcies will most certainly lead to increased consumer bankruptcies, albeit more from a 'perception' of a softer impact rather than any real material difference to the debtor given the type of restrictions listed above. Looking at this through the political lens, it is likely that the perception of a government supporting distressed individuals and businesses in the current economic environment through piecemeal reform will once again be favoured over a root and branch review of the insolvency system. This of course, which would have far more long-term benefits for debtors, creditors and ultimately the economy as a whole.

Worrells has more registered bankruptcy trustees than any other private firm in Australia. Reach out to your local Partner to get advice or to learn more about the personal insolvency solutions available.

Epilogue: I wrote this article the week I became a registered bankruptcy trustee. The experience of applying, studying, and preparing for the interview has elevated my thinking and appreciation for what the personal insolvency regime should and could do. I join 17 registered bankruptcy trustees at Worrells and look forward to applying more value to both debtors and creditors to get the best outcome possible.