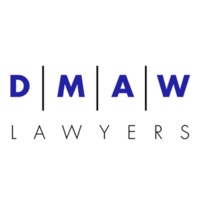 The Australian Competition and Consumer Commission (ACCC) has recently commenced proceedings in the Federal Court of Australia against Retail Food Group Limited and five of its related entities (RFG). RFG controls a number of well-known Australian food and beverage brands and has come under fire over the past few years due to its poor treatment of franchisees. RFG was also scrutinised throughout the 2018/2019 Parliamentary Joint Committee franchising inquiry, during which the sustainability of its franchise model was questioned and concerns regarding the tension between maximising shareholder value and franchisee financial wellbeing were raised.

The ACCC claims RFG acted in breach of the Australian Consumer Law and Franchising Code of Conduct by making false or misleading representations and engaging in unconscionable conduct when it sold, or licensed and franchised, 42 specific Gloria Jean's Coffee, Donut King, Michel's Patisserie and Brumby's Bakery stores. Specifically, it is the ACCC's position that:

Whilst new franchisees were supplied with information including sales, rent and utilities, customer count and outgoings, the ACCC claims such information was insufficient to enable a store's financial position to be properly assessed. Further, RFG allegedly represented it had disclosed all available financial or trading information relevant to the decision to purchase or license the stores, when in fact it withheld critical profit and loss information that, if disclosed, would have demonstrated they were or had been operating at a loss.

The allegation regarding misappropriation of marketing funds relates to payments the ACCC asserts were made to RFG executives and employees out of the marketing fund, in contravention of the Franchising Code of Conduct.

Whilst this action is in its infancy and RFG may have proper grounds to defend its conduct, it demonstrates the ACCC's position that there should be fulsome disclosure of financial data to prospective franchisees pre-contract. Franchisors should revisit their disclosure documents and processes, as even if the ACCC is unsuccessful in the prosecution, care should be taken when representing what financial information is available to prospective franchisees. Franchisors should also be careful in the use of marketing funds, as this is merely the latest of a number of ACCC prosecutions involving allegations relating to misuse of those funds.