Canada: A Deep Passion For Insolven-Sea 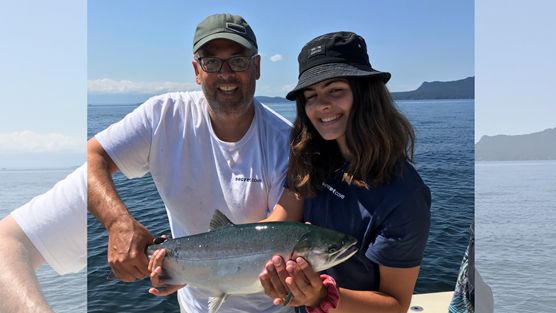 Jonathan McNair joined Crowe MacKay as a Partner and Senior Vice President of Crowe MacKay and Company in 2020. With over two decades of experience, Jonathan shares how his passion for problem-solving led him to a career focused on advising business owners on how to not only achieve financial security and success, but maintain it.

Never having a particular idea of what he wanted to be when he "grew up," Jonathan graduated with a Bachelor of Arts in Geography, giving the tools to charter the waters of building his career. He pursued accounting, starting as an articling with Wolridge Mahon Chartered Accountants in 1993, and obtaining his CA in 1997. While at Wolridge Mahon, Jonathan was given the opportunity to work in their insolvency practice. He found the nature of the work fascinating. Compared to audit, the issues encountered and decisions being made had immediate impact. Jonathan started to form a new perspective of the accounting industry, leading him to obtain his Chartered Insolvency and Restructuring Professional (CIRP) designation and Licensed Insolvency Trustee (LIT) designation in 2011, creating the foundation of his insolvency career.

Over the years, in addition to the practical experience Jonathan needed to obtain his designations, he's benefited from the opportunity to learn and grow from the guidance and mentorship of partners, managers, and colleagues he's worked alongside - his greatest mentor being his former boss, Mike Cheevers. Now, as a trusted advisor in the industry, Jonathan's advice to fellow professionals is "when problem-solving don't hesitate to seek guidance and assistance from your professional network; don't operate in a silo, that's how you get into trouble."

Jonathan has come to know that working as a LIT can be emotionally tasking. "Often you are seeing and dealing with individuals during a time that is undoubtedly one of the most difficult points in their lives," Jonathan shares. "It's important to provide understanding and empathy to these individuals, while also maintaining perspective and objectivity. The more intense the situation – the calmer one needs to be." But regardless of how emotionally tasking the work may be, he's come to learn one thing: You never know what the court is going to decide.

Although emotional objectivity is important, his work can also provide, what he calls "memorable moments." What comes out on top as Jonathon's most unforgettable engagement? He can't choose between the bankruptcy of a fraudster involving a $40 million Ponzi scheme or a receivership involving the sale of a 300 foot, 1970's Cold War era Russian submarine. 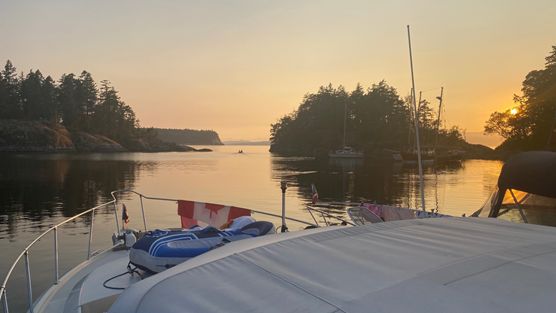 Jonathan – or as friends and family call him, 'Jonty' – is a home-grown North Vancouverite. His Great Grandfather and Great Grand-Uncle moved to North Vancouver from New Brunswick in the 1890s, starting Hastings Shingle Manufacturing Company, which in its time was the largest shingle manufacturer in the world.

When not working with business owners to restructure their debt, Jonty enjoys being on and around the water – fishing, boating, cruising, you name it! He values his time with friends and family, and never misses an opportunity to share his love for the sea with them, hosting them on his boat.

Some of his best thinking is done out at sea, and in these moments he reflects on a favourite quote:

nearly all those I loved and did not understand in my youth are dead, but I still reach out to them. I'm too old to be much of a fisherman now and I mostly fish the big waters alone although some of my friends think I shouldn't. But when I'm alone in the half-light of the canyon all existence seems to fade to a being with my soul and memories, and the sound of the big Blackfoot River, a four-count rhythm, and the hope that a fish will rise. Eventually, all things merge into one and a river runs through it. The river was cut by the world's great flood and it runs over rocks from the basement of time. On some of the rocks are timeless raindrops, under the rocks are the words, and some of the words are theirs. I am haunted by waters.

- Norman Maclean, A River Runs Through It