Ireland: Regulatory Trends: What Is New In Freedom Of Information?

by Colin Rooney , Ciara Anderson and Caoimhe Stafford
Arthur Cox
Your LinkedIn Connections
with the authors

The Report noted that since 2015 and the extension of FOI to a number of new public bodies, there has been a 32% increase in the total requests made to public bodies, with 36,896 requests received in 2018 alone.

Category of requester to public bodies 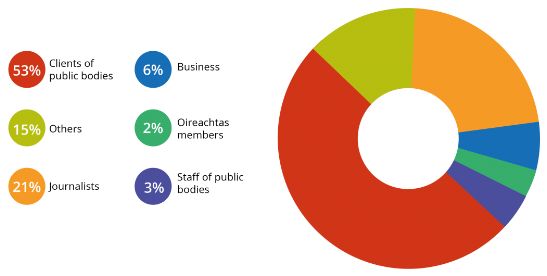 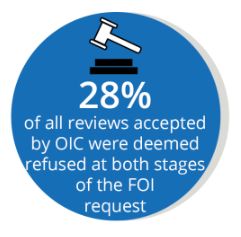 Where an FOI body has not responded to an original request within four weeks, or if there has not been an internal review of the decision within three weeks, this is a "deemed refusal" of the request. Since deemed refusals represent 28% of all applications accepted by the OIC, the OIC criticised FOI bodies who are unable to process these requests on time (despite the fact that the number of these applications has decreased from the previous year). FOI bodies generally refer to the high volume of FOI requests they face, however the OIC emphasises that "it is unacceptable for such bodies to simply allow such resourcing issues to persist".

The OIC intends to carry out an investigation to review the practices and procedures adopted by a selection of FOI bodies, and their adherence with the relevant deadlines in processing requests, with the intention to publish a report with the findings of this investigation later in the year.

In Grange v Information Commissioner & anor, the High Court affirmed the Commissioner's approach to examining whether a request was frivolous or vexatious. It was found to be appropriate to have regard to the manner in which a requester has engaged with an FOI body to date on a particular matter in considering whether a request was frivolous or vexatious. The Court was also satisfied that the Commissioner properly came to the view that as the request was to further the applicant's personal grievance it could properly be classified as vexatious.

Two interesting related cases dealt with requests made in relation to non-official/private email and social media accounts of former Taoiseach Enda Kenny, and the former Minister for Justice and Equality Frances Fitzgerald. In both cases the Commissioner found that where the accounts had been used for "official functions and activities" of the respective Departments, they could not be considered as private and there was an obligation to enquire whether any documents covered by the FOI requests were contained in these accounts (Cases 170175 and 170315).

Where an FOI body refused to release CCTV footage on the basis that it would be releasing third party data to the applicant, the Commissioner held that although an FOI body might be able to redact a record, they are not automatically required to, in particular where there is a lack of resources to do so. In this case the Department of Employment Affairs and Social Protection had received an estimate of the cost of pixelating the footage and had indicated their willingness to release the information provided the applicant paid these costs (Case 170497).